Home All News Top Videos How Does A Homeless Man Spend $100? You Won’t Believe It 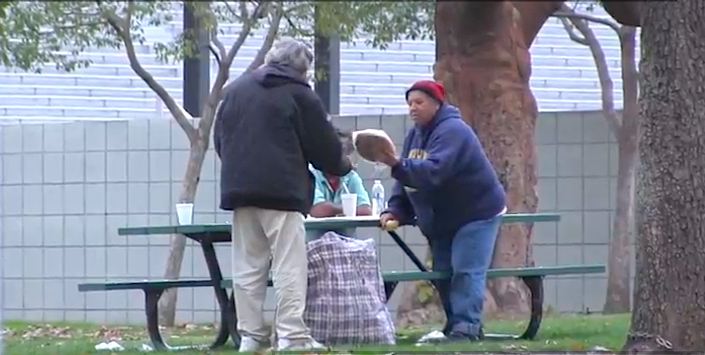 Once again, the internet is proving to a YouTube prankster that they will get a lot more Shares and Views if the video can inspire a nation.

This video, from Josh Paler Lin, is a fine example and puts a beautiful exclamation point on the reminder, “You can’t judge a book by its cover.”

Watch what happens when Josh gives a homeless man $100. The man is so kind and humble and surprised — and articulate.

We were uncomfortable when Josh’s cameraman followed him around in secret to see what he would spend his cash on, because he went into a liquor store right away. But stick with the camera as it tracked what this fellow, Thomas, did next.

Click on the link near the end to see that Josh, after high viewer demand, set up a fundraising page for Thomas. It has raised $20,000 (which is double the $10K goal that was set) — and in just 24 hours. [UPDATE: By December 25, the fund has raised $85,000 to help him get his mother’s condominium back, if he wants to.]

And, by the way, as I’m posting this, his YouTube clip has racked up 3.1 million views in a day, and it probably will double by tomorrow.