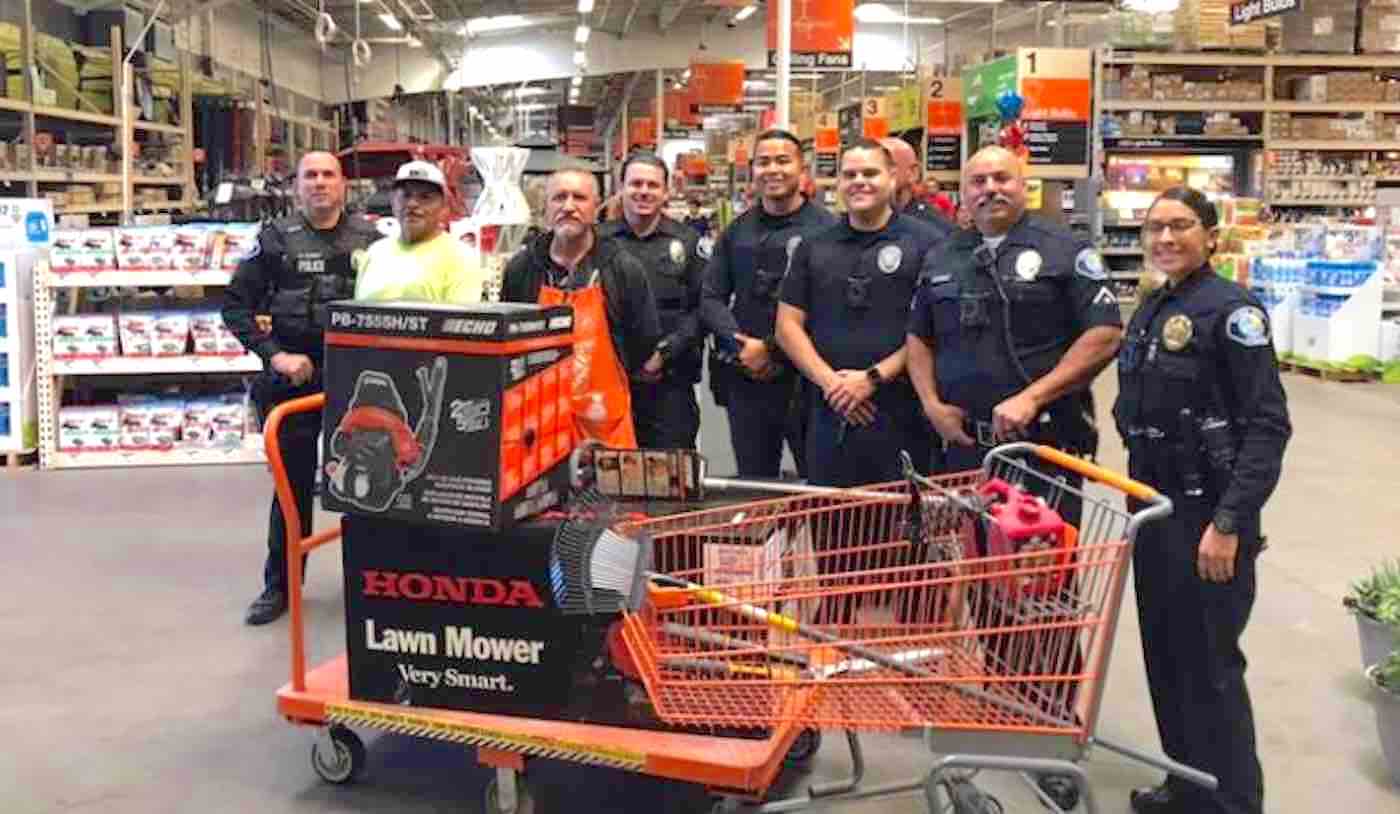 A compassionate team of police officers is being praised for giving a landscaper a helpful new start after he was robbed of his car and the tools needed for his livelihood.

Adrian Salgado was getting ready to start his work day in Santa Ana, California last week when two thieves hijacked his pickup truck and drove off with all of his equipment.

In addition to losing his vehicle, cell phone, leaf blower, hand tools, and mower—which police say was collectively worth about $3,000—Salgado also lost $1,000 in rent money which he had stashed away inside the truck.

Distraught, Salgado went back home and told his daughter Elizabeth what had happened. After she reported the theft to the Santa Ana Police Department, she managed to use an iPhone app to locate the stolen truck.

The two thieves were arrested, but Salgado’s equipment was nowhere to be found. Since Salgado is also the sole financial provider for his family, the law enforcement officers were particularly sympathetic about the misfortune.

“We all came from working-class families,” Sgt. Michael Gonzalez told CNN, adding that Salgado reminded him and his colleagues of their own fathers. “It was like, ‘hey, that’s my dad.’”

Rather than leaving the landscaper to fend for himself, however, a rookie policewoman suggested that the officers all pitch in to replace Salgado’s equipment.

MORE: When Man With Autism Has Violent Reaction to Medication, Mom is Stunned by Officers’ Compassionate Response

The team managed to pool together $500 of their own money. They then reached out to the regional police association for additional donations, which resulted in a $500 match from the president.

When several cops were browsing the aisles of Home Depot with Salgado in order to replace the equipment, the store pitched in another $100 and offered military discounts to several of the officers. 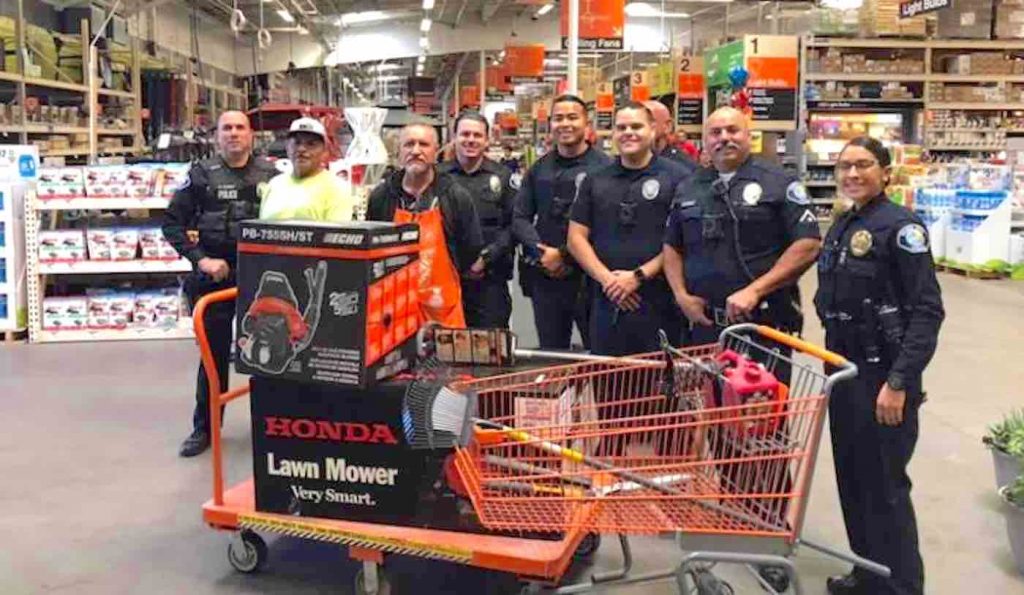 Adding to the profound generosity, CNN says that a random shopper was also inspired to throw in $40 of their own money after hearing about the story from one of the officers.

In an interview with the Santa Ana Police Department, Salgado’s daughter expressed her overwhelming gratitude towards the officers. “Now I can see my dad with a smile because he can go back to work,” she said.

(WATCH the video below) – Photo by Santa Ana Police Department