Home All News Sports These Little Athletes Glued to Their Phones Are Not Ignoring Each Other... 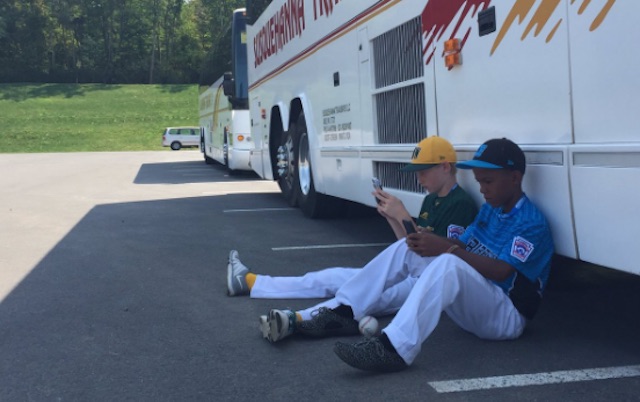 While there are more than enough social media posts about youngsters being glued to their phones, this sweet photo is not what it seems.

Bob Holtzman of the Major League Baseball Players Association posted a heartwarming picture of two Little League World Series athletes sitting side by side, with their eyes fixed on their phone screens.

Though viewers might be quick to criticize, Holtzman said that the two baseball players were actually befriending each other by using Google Translate to have a conversation.

CHECK OUT: In Twist of Fate, NFL Star’s Organs Go to the Ailing Sports Hero Who Inspired Him

As they were enjoying a break in between the games in Williamsport, Pennsylvania on Monday, they decided to bridge the language barrier.

The photo has since been shared thousands of times by adults and youngsters alike, enjoying the sweet connection that is only made possible through technology.