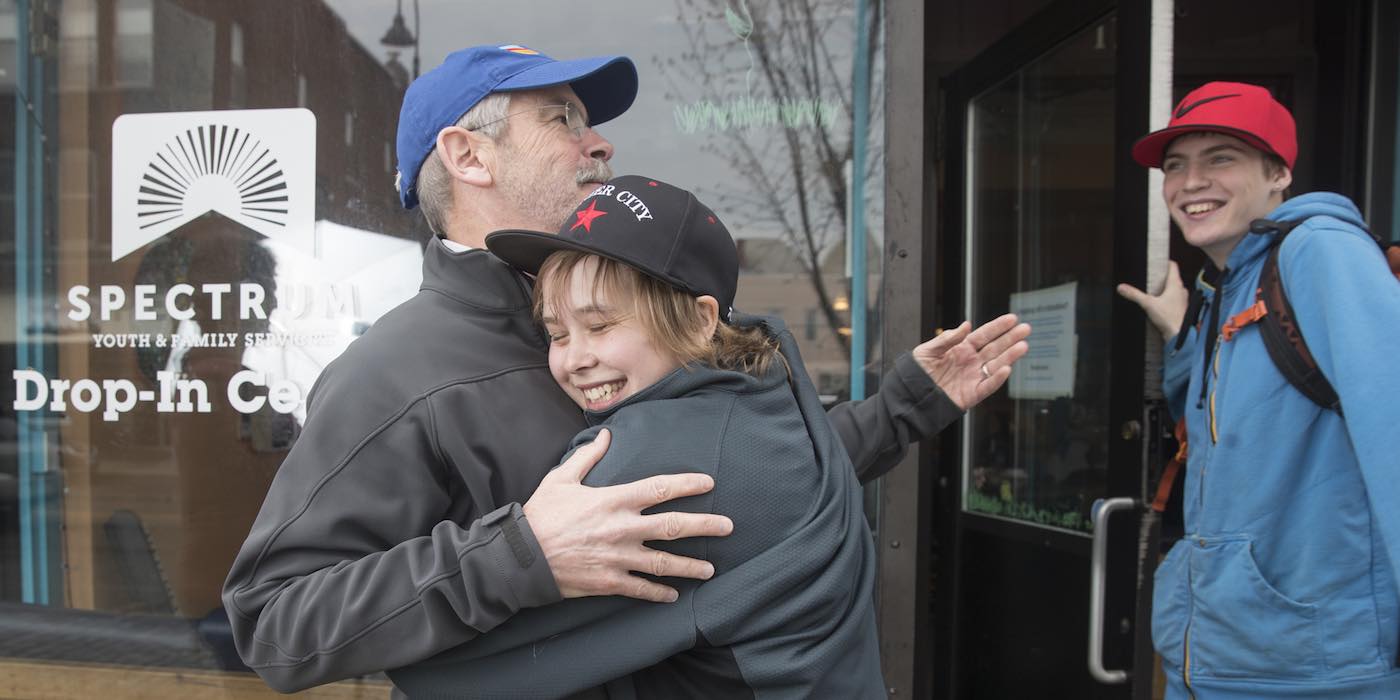 The Speaker: Mark Redmond was a finance major in college and working in a corporate job on Madison Avenue when he was 23. He had it all: a high paying job, a studio apartment near Park Avenue, nice suits and car. Little did he know that fate would intervene after he decided to volunteer once per week at Covenant House — a shelter for homeless teenage boys in New York City.

Notable Excerpt: “My family was apoplectic, my coworkers couldn’t understand it… but I knew this was what I should be doing with my life, so I quit my job, gave my car to my brother, and gave my suits to Goodwill.”

“It felt like I was doing a crazy thing. It was as if I was walking away from everything that I had worked for during grade school, high school, and college,” he told Good News Network. “Yet at the same time I had absolutely no doubt I was doing the right thing.”

The Lesson: At Covenant House in 1981 he ended up living with 40 other full time volunteers. They were from all walks of life, all ages, and each one lived in a tiny room, complete with cockroaches, located across the street from a strip club and a crack house. But Mark couldn’t have been happier, playing basketball with the troubled youth and handing out food.

“I didn’t get much training and I really didn’t know what I was doing. We’d help kids look for work or a place to live. One of the young men there, I am still in touch with him, all these decades later—in fact I spoke to him yesterday. He spent decades in prison after Covenant House, and I would visit him and write to him. I went to his 20-year-anniversary of being drug-free recently, it was a great night. He was typical of who we were trying to help: teenagers from multi-generational poverty, addicted to drugs, high school dropouts, in and out of prison. But we’d do what we could to make their lives better, and as with the case of this young man, sometimes it worked out well.”

Today, Mark is 61, and is the Director of Spectrum Youth and Family Services, a nonprofit that works with homeless, runaway and at-risk teenagers in Burlington, Vermont.

Inspiring Story? SHARE It – Or Check Out More On Our Good Talks Page…