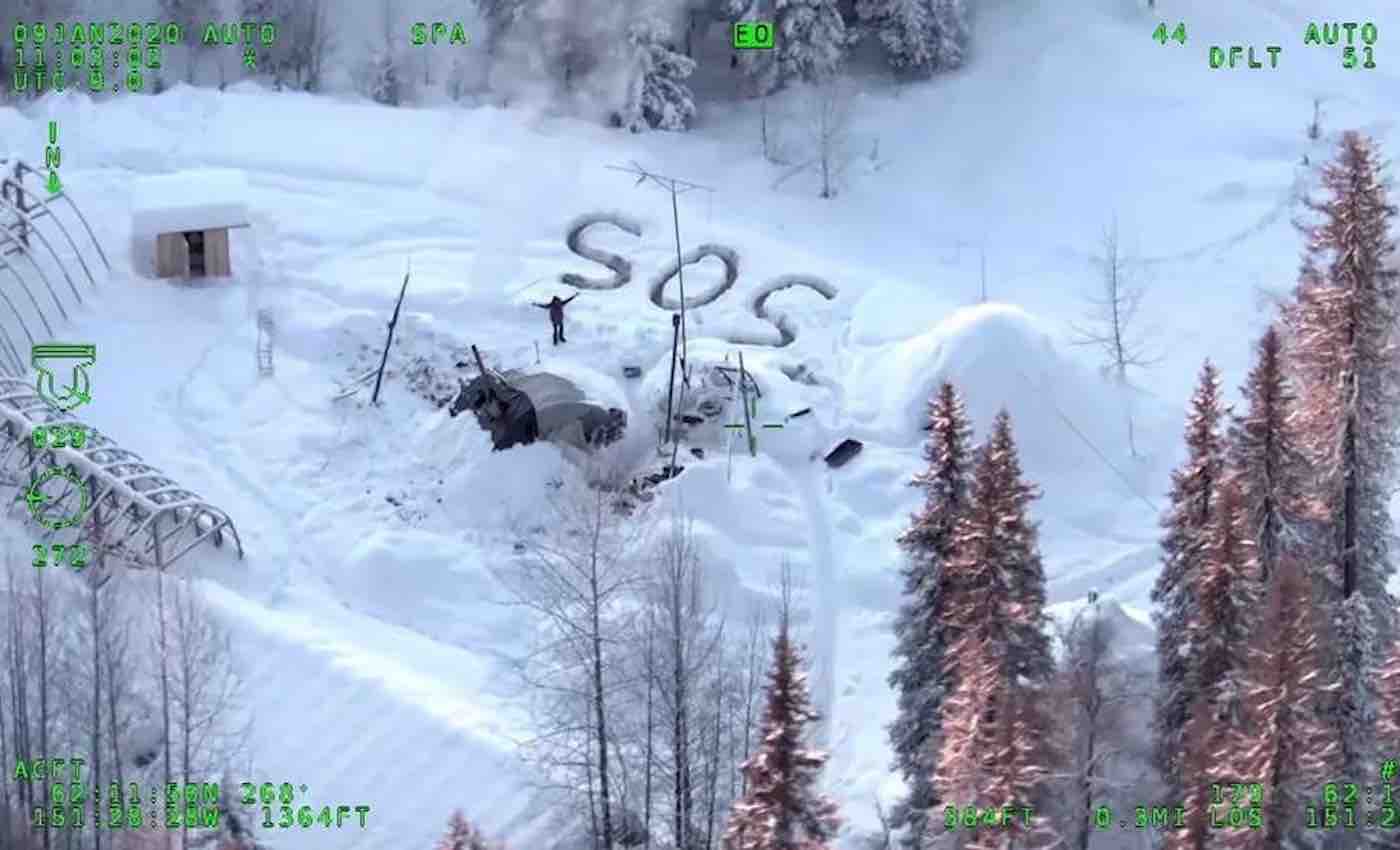 A 30-year-old man was finally rescued from the Alaskan wilderness after his cabin burned down, leaving him stranded in the snow for almost three weeks.

Tyson Steele had been living alone for several months in a small house in Skwentna, a town located 70 miles northwest of Anchorage. He had been burning a fire in his woodstove back in December when a piece of flaming cardboard flew up his fireplace chimney and landed on his roof, which started a slow fire that eventually left the cabin in ruins.

Since Skwentna only has a population of about 35 people, Steele’s nearest neighbor lived about 20 miles away. With no means of communication to call for help, Steele endured sub-zero temperatures and brutal weather conditions wearing long johns, boots with no socks, and a heavy wool sweater.

When his family and friends hadn’t heard from Steele for several weeks, they requested a welfare check from Alaska State Troopers. As a helicopter flew over the area, they caught sight of Steele waving his arms in the air next to a massive “SOS” sign that he had stamped into the snow.

Steele had collectively spent 20 days in the cold. After he was rescued, he reportedly requested two things: a shower and a number two McDonald’s breakfast meal.

Now that he is in relatively good health, Steele plans on regrouping with his family in Salt Lake City before returning to his beloved home state of Alaska.