Home All News Kids Watch What Happens When Martial Arts Classmates Rally Behind Tearful Boy Who... 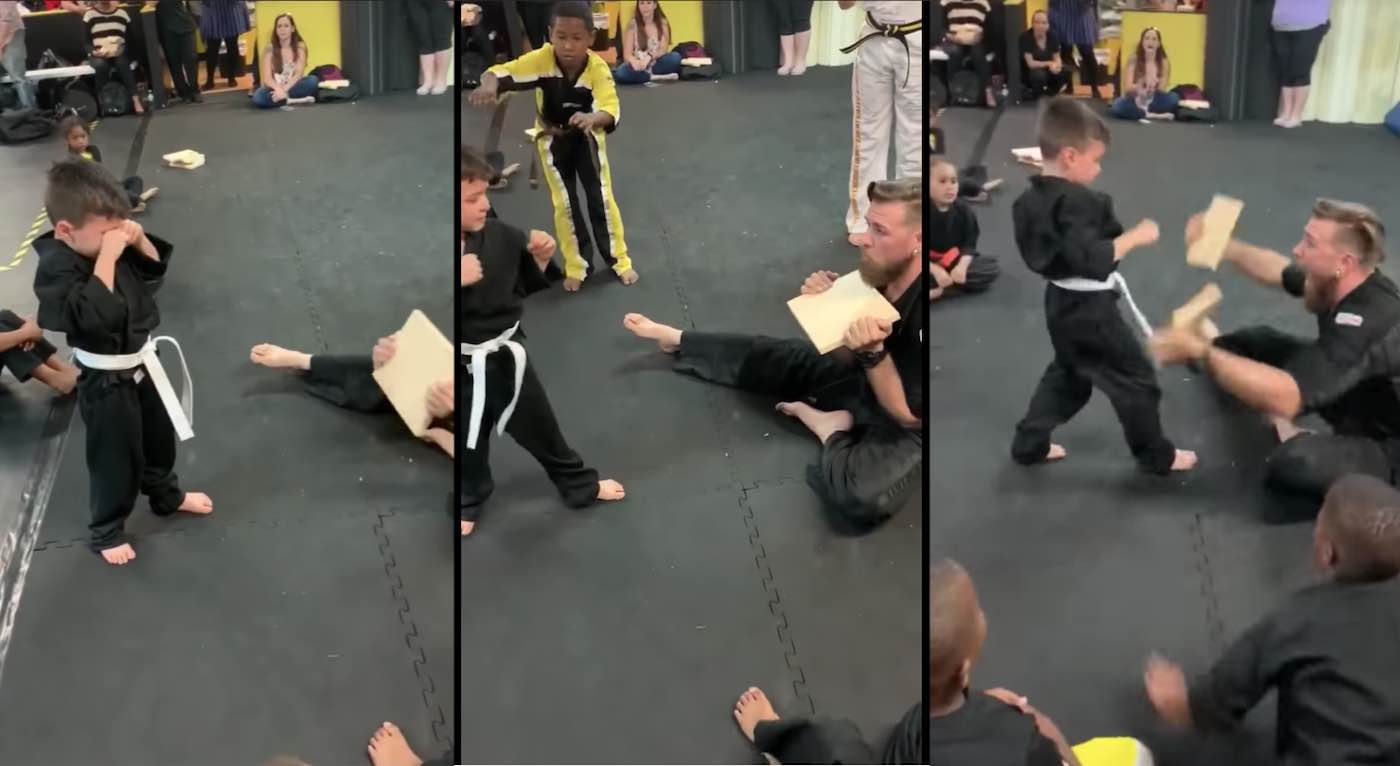 This adorable video of a young martial arts student in Florida has been shared millions of times across the internet – and it’s not hard to see why.

In the video, a little boy named Phoenix Swonger is being asked to kick a wooden board in half.

The test was being held at at Bobby Dixon’s American Martial Arts Academy in Orlando earlier this month. Erik Gianini, who is the manager of the dojo, tries to coach Phoenix through the test – but despite the youngster kicking the board again and again, he can’t seem to break through the plank.

WATCH: Instead of Telling Student Not to Cry, Instructor Gives The Best Life Advice Ever

Frustrated by his failed attempts, the discouraged youngster starts to cry – but then, Phoenix’s classmates start to cheer him on.

At first, the other students can only be heard yelling occasional words of encouragement to their classmate. After Phoenix began to cry, however, the other kids start chanting his name.

The chanting gets louder and louder until finally, Phoenix breaks through the board with one swift kick – and the crowd goes wild.

According to his mother Claudia, Phoenix did not have to break the board in order to advance to his next martial arts level – but the incident has now given the boy a whole new level of confidence.

“While it may have been a struggle, with encouragement, instruction, and lots of love, he overcame and advanced,” writes Claudia. “My boy learned one of the most important lessons in his life today! NEVER… EVER GIVE UP!!!”