Home All News Inspiring Marty the Recycle Guy Lives Along Desert Highway, Keeps it Clean For... 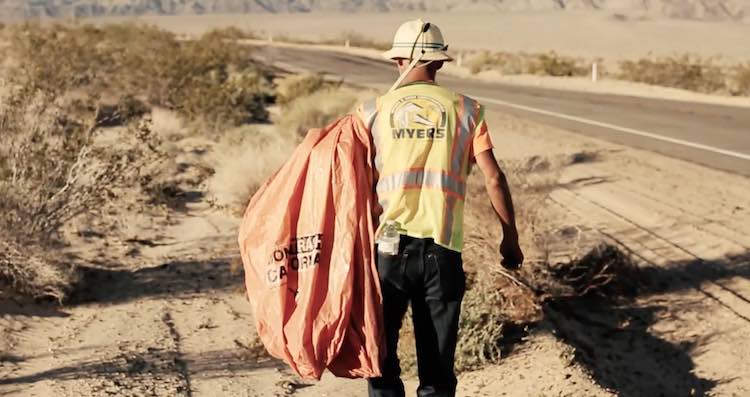 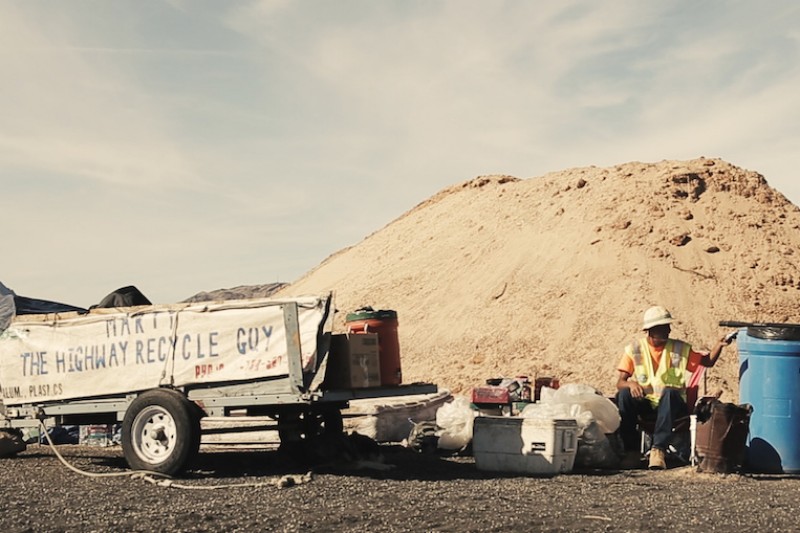 Prospectors and explorers have wandered the California desert looking for gold for centuries, but this man has found his treasure in the trash others leave behind.

Marty Pigue makes a living picking up cans and bottles along the highway near the California-Arizona border. He lives with his dog in a tent, working from sunrise to sunset picking up recyclables—and well into the night compacting and bagging them.

“I keep the highway clean out here,” he says in the short documentary below. “When I started, I just kept going.”

In the early days, after he left the military service and set up camp in the desert, people would notice how much money Marty could make bringing in recyclables, then follow the veteran back to the desert thinking he’d found a motherlode. After they discovered how hard he worked and saw the long days he put in to make that money, people quit following him.

CHECK OUT: Homeless Man Hands Out Resumes Instead of Asking for Cash-and Lands Job

Marty’s a fixture along Highway 62 — people bring him ice and food, and families drop off their recyclables on the way home from a weekend at the lake. He trades American flags for donations and separates the steel beer cans from the 1950s and 60s to sell as collectibles.

Yes. He is picking up trash that’s been littering the side of the road since before the 55-year-old was even born.

He loves the job he created for himself, and walks anywhere from four to eight miles every day in his hunt for litter. He also uses a four-wheeler to expand his range.

After Friends learned that his trailer had broken down, they organized a crowdfunding page called “A New Trailer for Marty,” to replace the cart that he pulls behind his ATV.

They need 2,500 more dollars to reach their goal so he can pick up more trash and keep his patch of the desert clean.

(WATCH the video below from Open Valve Studios)

Pick Up This Story, and Help Marty…SHARE it.