Home All News Arts & Leisure Father of Metallica Bassist Who Died Has Been Quietly Donating Royalties to... 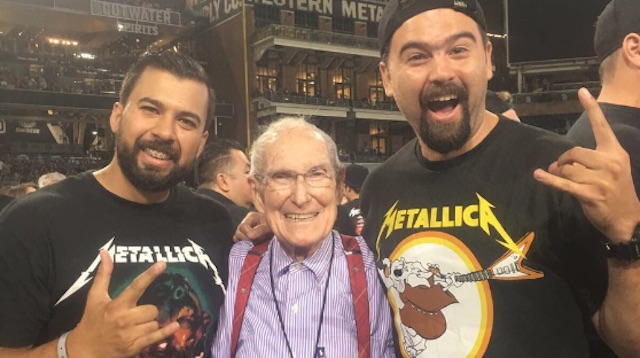 The elderly father of Metallica’s late bassist is making sure that his son’s positive legacy does not just fade to black.

Cliff Burton, who was one of the founding members of Metallica, played bass guitar on the metal band’s first three albums until he was killed in a tour bus accident in 1986.

The royalties from these albums have been going to Cliff’s 92-year-old father Ray—and the senior has only now revealed what he’s been spending that money on.

Ray has been donating all of the Metallica royalties towards musical scholarships for Castro Valley High School students in the San Francisco Bay area of California.

The school has sentimental value to Ray since it was the school which Cliff attended when he was younger.

“The kids who won it, they invariably write and thank me,” Ray told the Alphabettica podcast host last month. “And I think Cliff probably would have done that with his money, because he was not against education by any means. He liked it very much.”