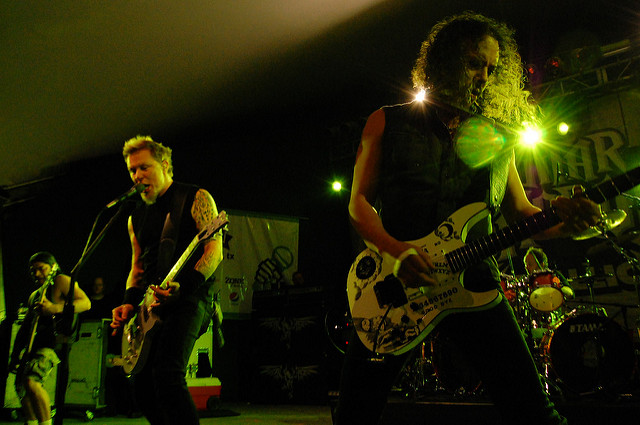 What started out as ONE unfortunate situation for a humble Metallica tribute band, turned into a shining example of kindness.

Blistered Earth, a four-piece cover band from Spokane, Washington, was playing a show in Portland, Oregon when their trailer full of musical gear was stolen.

All of their guitars, basses, amplifiers, pedals, and drum pieces were gone, leaving them unable to play any more shows.

RELATED: Bikers Stop to Help Stranded Motorcyclist Only to Find It’s ‘The Boss’

As attention was drawn to the situation by fans and local news outlets, the band caught the attention of the very musicians whom they were covering: Metallica.

The revered metal titans then decided to lend a hand.

“Sometimes when bad things happen, it really brings out the best in people,” wrote the band members on Facebook. “James and the rest of the guys in Metallica … have seen fit to replace our equipment.”

Though it’s unfortunate that their gear got stolen in the first place, it seems safe to say that nothing else matters for Blistered Earth except for their heroes pulling through when it mattered to them most.

The Bell Tolls For You To Share This Story With Your Friends (Photo by Whittlz, CC)