Home All News USA After Being Extinct in the Wild, Mexican Wolf Roams the U.S. Desert... 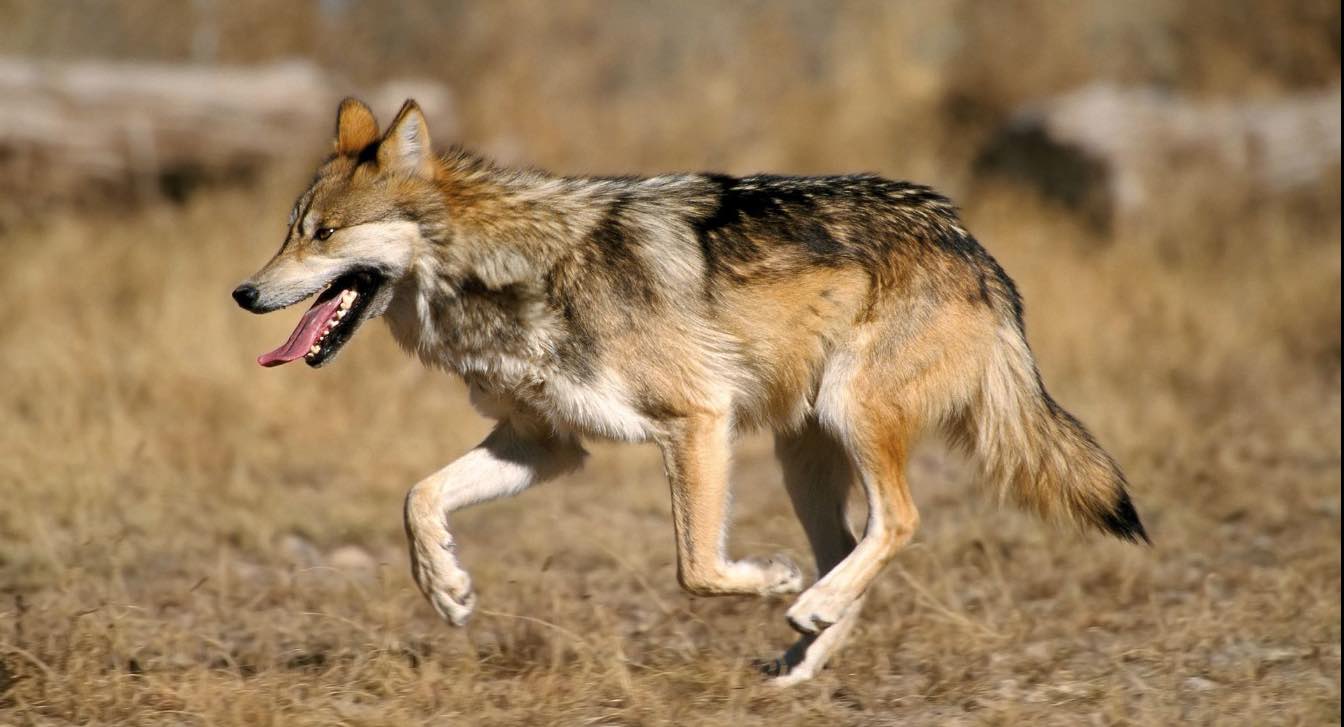 The United States has a proud history of wildlife conservation and management, but so many of the great American conservation success stories start with the expertise or initiative of one person in the right place at the right time.

John Muir championed the preservation of the entire Sierra Nevada ecosystem, and the famous valley of Yosemite. John Lacy created and forced through Congress the Lacy Bird and Game Act of 1900 – one of the earliest legislative tools for protecting wildlife.

In 1970, the last Mexican wolf (canis lupus baileyi) in the U.S. was killed in Texas on December 8th, leaving only a small (and reviled) population hiding out in Northern Mexico that would occasionally stray into southern Arizona and New Mexico.

While the North American gray wolf had to contend with centuries of persecution due to its poaching of livestock, the frozen wilderness of Canada provided a safe haven for them to survive.

The Mexican wolf however was not so fortunate, and entered the extinct species list of the United States. Undoubtedly one of the most charismatic of the gray wolf subspecies, the Mexican wolf is covered in splashes of rust, tawny, brown, smoky grey, and black colors.

Roy T. McBride to the Rescue

Enter Roy T. McBride—a legendary trapper hired by the U.S. Fish and Wildlife Service to conduct a Mexican wolf survey and trapping operation in the late 1970s. The goal was to trap enough wolves to create a stable captive breeding population for later reintroduction into their historic U.S. range.

An unlikely ally, McBride was a wolf hunter for ranchers along the Rio Grande. According to one story about McBride, he tracked one wolf for 11 months across Northern Mexico. The wolf, ‘Las Margaritas,’ was a male, and regularly killed young cattle and had two toes missing on his front paw. It’s the stuff of frontier legend.

The once-hunter-now-savior McBride was able to capture 5 wolves by 1980—three of which became the progenitors for the McBride lineage of Mexican wolves.

RELATED: Wild Wolves Are Bouncing Back From Extinction in Europe

By 1995, close to 100 McBride wolves had been born in the United States, and when combined with another 22 contributed from private ownership as well as an additional 8 wolves born in the Chapultepec Zoo in Mexico City, the Fish and Wildlife Service had a genetically diverse population that was ready to move back into the wild.

The turn of the millennium saw the reintroduction of wolves into the south-western U.S. and also Northern Mexico shortly after. These were followed by a truly miraculous moment in the history of a species persecuted almost to oblivion with poison and rifle – the removal of the mammal from the extinct species list.

One of the biggest victories for wolf reintroduction in Mexico came in 2009 when by presidential degree, the Janos Biosphere Reserve was created in Chihuahua. This sprawling 500,000 hectare (1.25 mil acre) reserve was established in part so there could be a remote and secure area where wolf populations could recover.

In February 2018, another 5 wolves were reintroduced into Northern Mexico, and the last survey found there were 37 wolves living in the Reserve, in Chihuahua, and Sonora. More importantly, wolf pups are beginning to be born in the wild, ensuring the small population rapidly reconnects with its home range.

As of 2015, the Fish and Wildlife Service found that there were 109 Mexican wolves roaming the United States. And to protect the two populations on both sides of the border, another 240 remain in breeding centers to ensure disease, poisoning, or poaching will never harm the species existence again.

As you can imagine, trapping members of a species listed as extinct in the wild is very difficult. Trapping 5 such members is even harder. Trapping 5 members of a species extinct in the wild that has learned to fear humans as the cause of their decline is a truly incredible feat that all those who value wolves and biodiversity have Roy McBride to thank.

SHARE the Howling Success With Animal Lovers on Social Media!