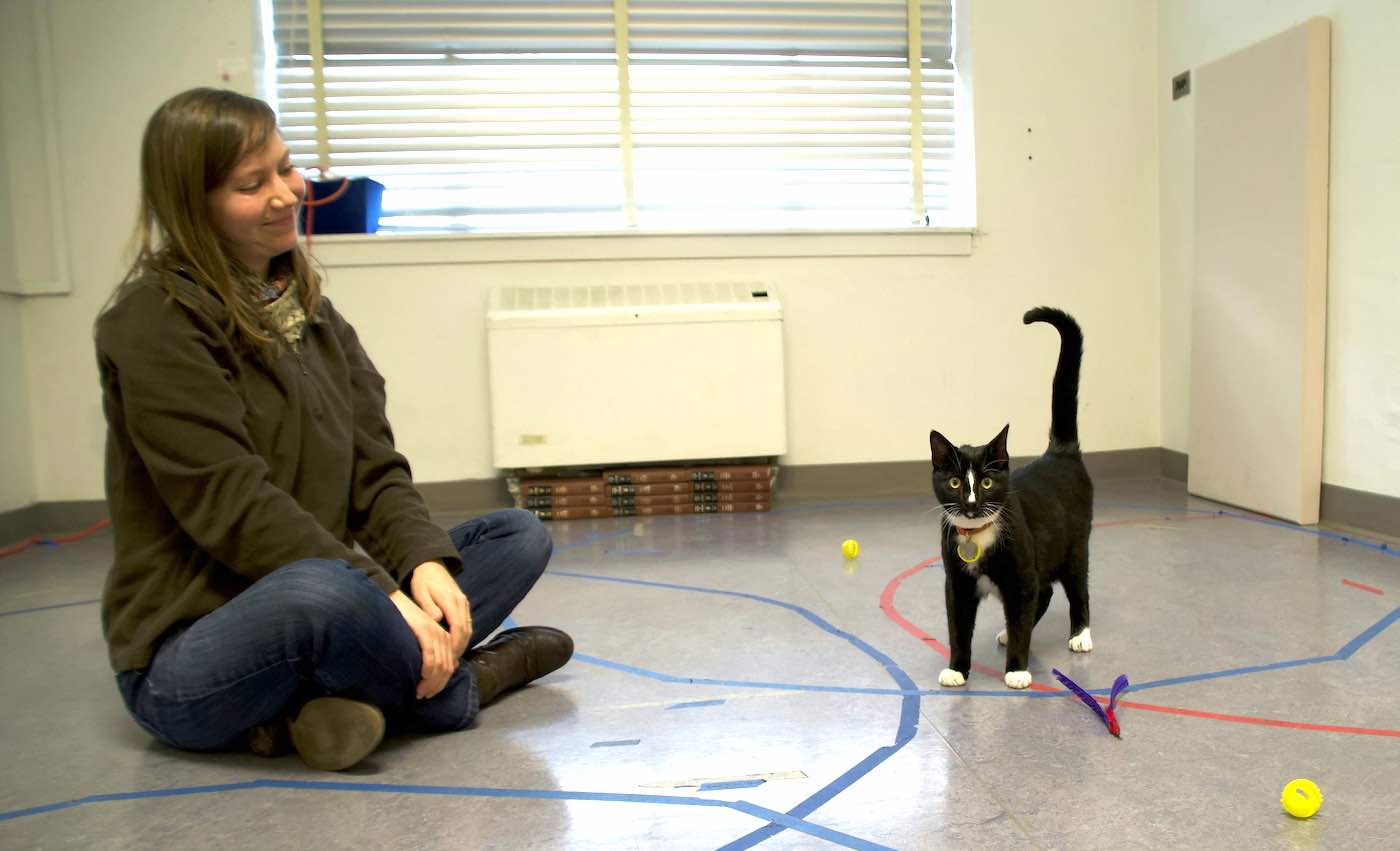 Cats have a reputation for being aloof and independent—but this study of the way domestic cats respond to their caregivers suggests that their socio-cognitive abilities and the depth of their human attachments have been underestimated.

The findings reported in the journal Current Biology on September 23rd might be the first to show that, much like children and dogs, pet cats form secure and insecure bonds with their human caretakers.

The findings suggest that this bonding ability across species must be explained by traits that aren’t specific to canines, the researchers say.

“Like dogs, cats display social flexibility in regard to their attachments with humans,” said Kristyn Vitale of Oregon State University. “The majority of cats are securely attached to their owner and use them as a source of security in a novel environment.”

One revealing way to study human attachment behavior is to observe an infant’s response to a reunion with their caregiver following a brief absence in a novel environment. When a caregiver returns, secure infants quickly return to relaxed exploration while insecure individuals engage in excessive clinging or avoidance behavior.

Similar tests had been run before with primates and dogs, so Vitale and her colleagues decided to run the same test, only this time with cats.

During the test, an adult cat or kitten spent two minutes in a novel room with their caregiver followed by two minutes alone. Then, they had a two-minute reunion. The cats’ responses to seeing their owners again were classified into attachment styles.

WATCH: Orphaned Elephant Returns to Human Rescuers So She Can Introduce Them to Her Newborn Calf

The results show that cats bond in a way that’s surprisingly similar to infants. In humans, 65% of infants are securely attached to their caregiver.

“Domestic cats mirrored this very closely,” Vitale says. In fact, they classified about 65% of both cats and kittens as securely bonded to their people.

The findings show that cats’ human attachments are stable and present in adulthood. This social flexibility may have helped facilitate the success of the species in human homes, Vitale says.

The researchers are now exploring the importance of this work in relation to the thousands of kittens and cats that wind up in animal shelters. “We’re currently looking at several aspects of cat attachment behavior, including whether socialization and fostering opportunities impact attachment security in shelter cats,” Vitale said.