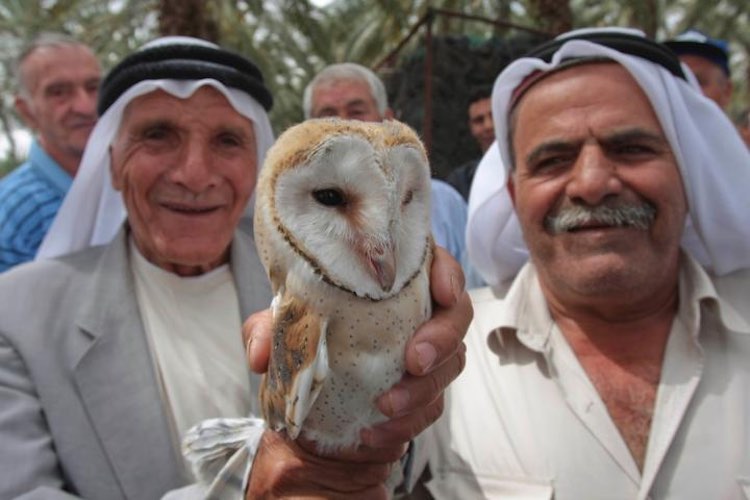 Loss of biodiversity is a major challenge in today’s world, as is the quest for peace in the Middle East. But these scientists believe the efforts to conserve natural resources present opportunities to find common ground between former foes, building trust and renewed hope for peace.

“Nature can build bridges between nations,” said Alexandre Roulin of the University of Lausanne, Switzerland. “We use nature conservation to favor communication between communities in conflict. Although we’ve developed efforts in the Middle East, including Israel, Jordan, and the Palestine Authority, we hope that our work will become a platform to stimulate similar initiatives around the world.”

Roulin says it all started about 35 years ago when co-author Yossi Leshem from Israel’s Tel-Aviv University noticed that Israeli farmers were using poison to kill rodents. The trouble was that the rodents’ natural bird predators were also dying from poisoning. It took years, but they ultimately convinced farmers and the Israeli government to eliminate the use of the pesticides and begin building nest boxes to help propagate barn owls and kestrels instead.

The effort helped to protect wildlife without any increase in crop loss. That’s because each pair of owls can produce 11 offspring in a year. Those owls, in turn, consume thousands of rodents per year.

But there was more. The scientists began to realize that farmers in Jordan and the Palestinian Authority faced similar challenges, which needed to be addressed on a regional scale. They also began to realize that the project could unite Jordanians, Israelis, and Palestinians in a common cause, despite their religious and political differences. Roulin recounts many examples in which people who engaged in the project over the years have laughed and joked together, visited each other’s places of worship, and become friends.

Roulin says it’s best to start small. By documenting small-scale successes, you can begin to identify committed partners in other places. Ultimately, programs such as their “Birds know no boundaries” effort can be expanded to reach a national and international scale.

“The combination of nature conservation and peace-building is not only important, but it also brings a new message of hope that our society is looking for,” Roulin said. “We hope to persuade the international community to consider such projects as diplomatic tools to pave the road to peace.”

Their continuing project in the Middle East has attracted the interest of officials in the Chinese army. There’s also hope that a similar effort could be a starting point for bringing people from North and South Korea together. With a new educational program in Europe, Roulin aims to encourage connection between refugee children from the Middle East and European youth.

“Unexpected ideas, such as working scientifically with barn owls, can be the source of great inspiration for issues that are far bigger than our scientific questions,” Roulin said.