Home All News Sports Near-Death Experience Inspires Inventor to Create Wetsuit That Allows the Disabled to... 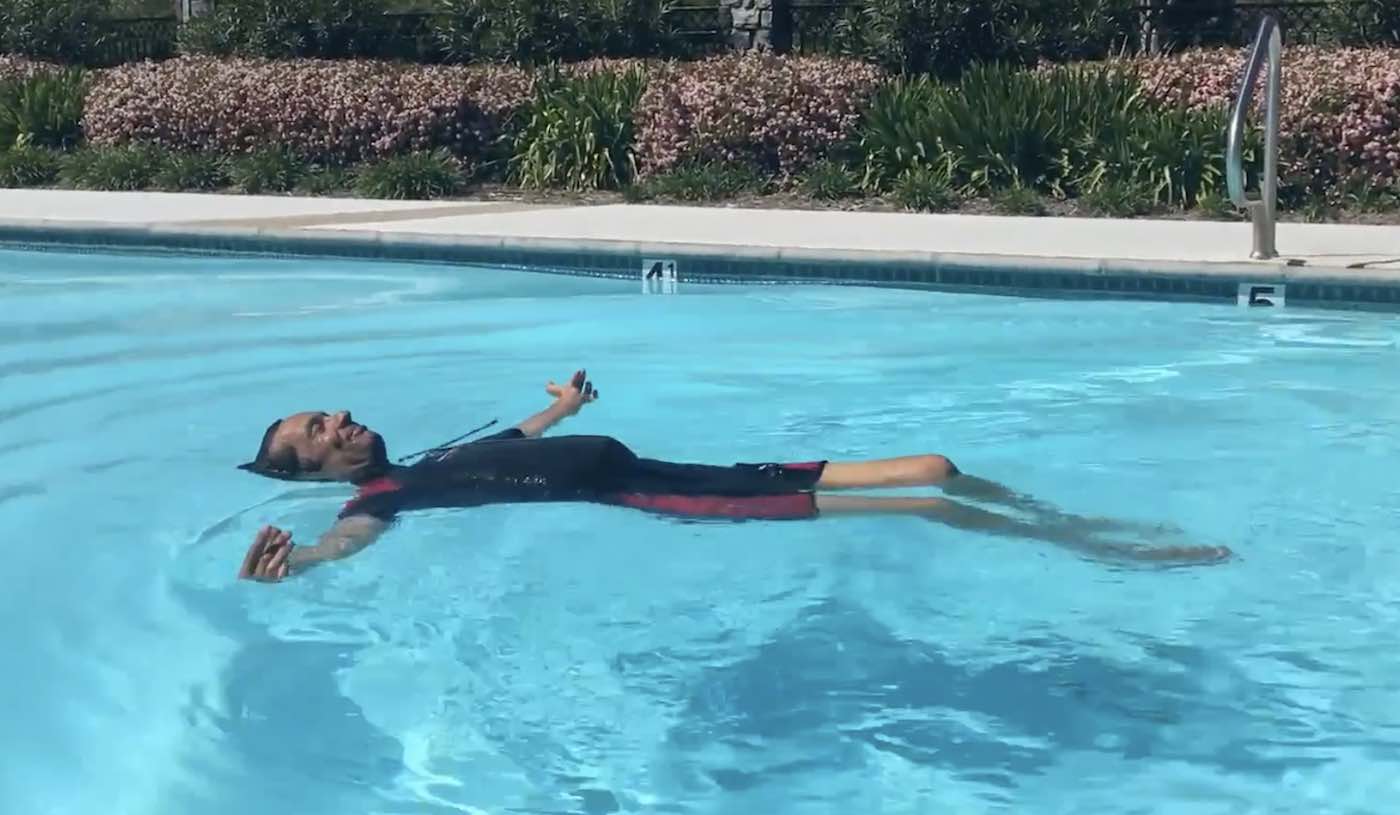 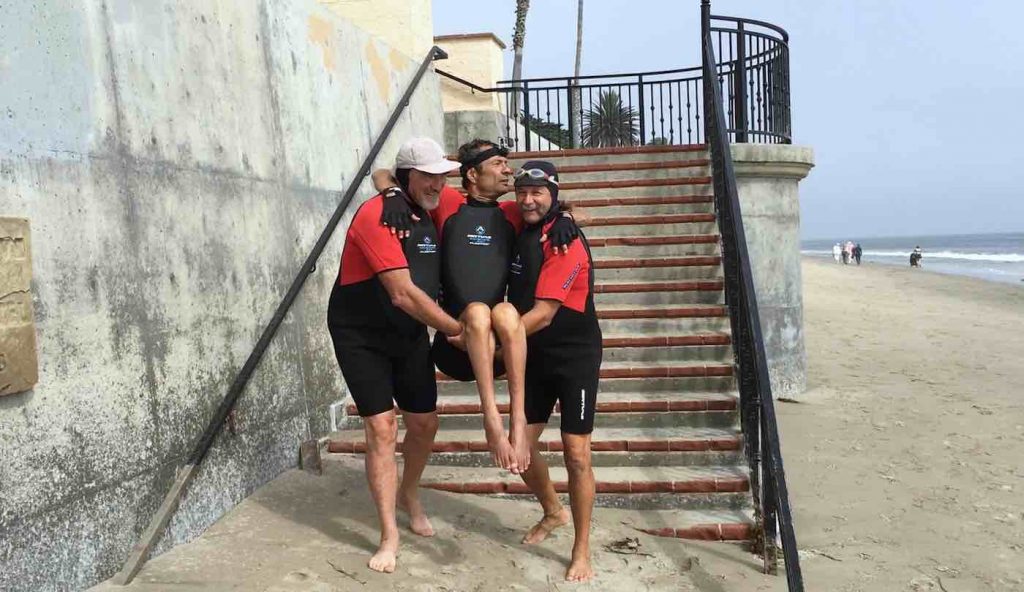 The story of how a surfer-turned-inventor ended up helping people be safer and feel more confident in the water starts one day at a local surfing area near Ventura, California.

On that day, Santa Barbara resident Mark Okrusko was surfing Rincon, one of his favorite breaks, when he wiped out and was held beneath the water by the waves.

“While I was waiting for the white water to release me,” Okrusko said, “I came up with the idea of a suit designed with an extra breath of air.” His inspiration led to his first invention: the Breathvest, a wetsuit with an air bladder in the chest that would provide swimmers with a small air supply.

While the goal was to help surfers have an extra breath of air, Okrusko soon realized: “The air bladder made it easier for people to float and swim in water. People who wore the suit loved how they could swim so easily. So I came up with the idea for the Floater.”

Instead of an inflatable air bladder, Okrusko developed a patented foam pad so people could float, and founded a company Airtime Watertime.

RELATED: Minutes After Saying ‘I Do’, Hero Groom Jumps Into the Ocean to Save Drowning Teen

While the first suit was aimed at surfers and water sports enthusiasts, the second suit found an unexpected audience. “We started getting orders from people with disabilities, people who had suffered mobility injuries, and people who were afraid to swim but wanted to get back in the water,” said Okrusko. “They were searching on the Internet for some kind of suit that would keep them afloat.”

One of its new fans was a recovering quadriplegic and Santa Barbara resident, Gustavo Ritterstein. In 2013, Ritterstein suffered an ATV accident that left him paralyzed from the neck down. With physical therapy and the use of the Floater wetsuit, Ritterstein said, “I was able to swim in the ocean again for the first time in years. With the suit on in the water, I was just like everyone else. You couldn’t tell I was disabled.”

“Feeling, at least for a moment, normal—it does make a big difference in your life.”

People who fear the water also discovered the suit’s benefits. Sandra Brodeur from New Hampshire had been a non-swimmer because of her life-long fear of not being able to touch the bottom. But that changed with the suit. “I felt so safe and confident at all times from the buoyancy of the suit that I could relax in the water for the first time in my life and enjoy it. At times, I was in 30 to 40 feet of water without fear!”

LOOK: Dad Designs a Floating Drone That Could Prevent Dozens of Potential Drownings

Another surprise application was its use by water rescue personnel, Gabriel Swan, a 2016 lifeguard champion for Puerto Rico. He heard about the suit and brought one back with him to Condado Beach where he served as a volunteer lifeguard. Using the suit, Swan said, “I feel more confident grabbing someone. If I’m doing a rescue and I need to swim out to a victim, I can reach them twice as fast.”

In addition to water rescue teams, Airtime Watertime also formed relationships with swimming and safety groups, such as Waterman in Chile, whose mission is to provide safety, training, and security so everyone can enjoy the water.

“We didn’t start out to change lives,” said Okrusko. “We just wanted to make swimming a little safer and fun. But every week, someone writes us to say how we’ve helped get them back in the water. It’s amazing.”

Share This Amazing Invention to Buoy Your Friends On Social Media…