Home All News Heroes When Little Boy Fell From Sixth Floor Balcony, His Neighbors Saved Him... 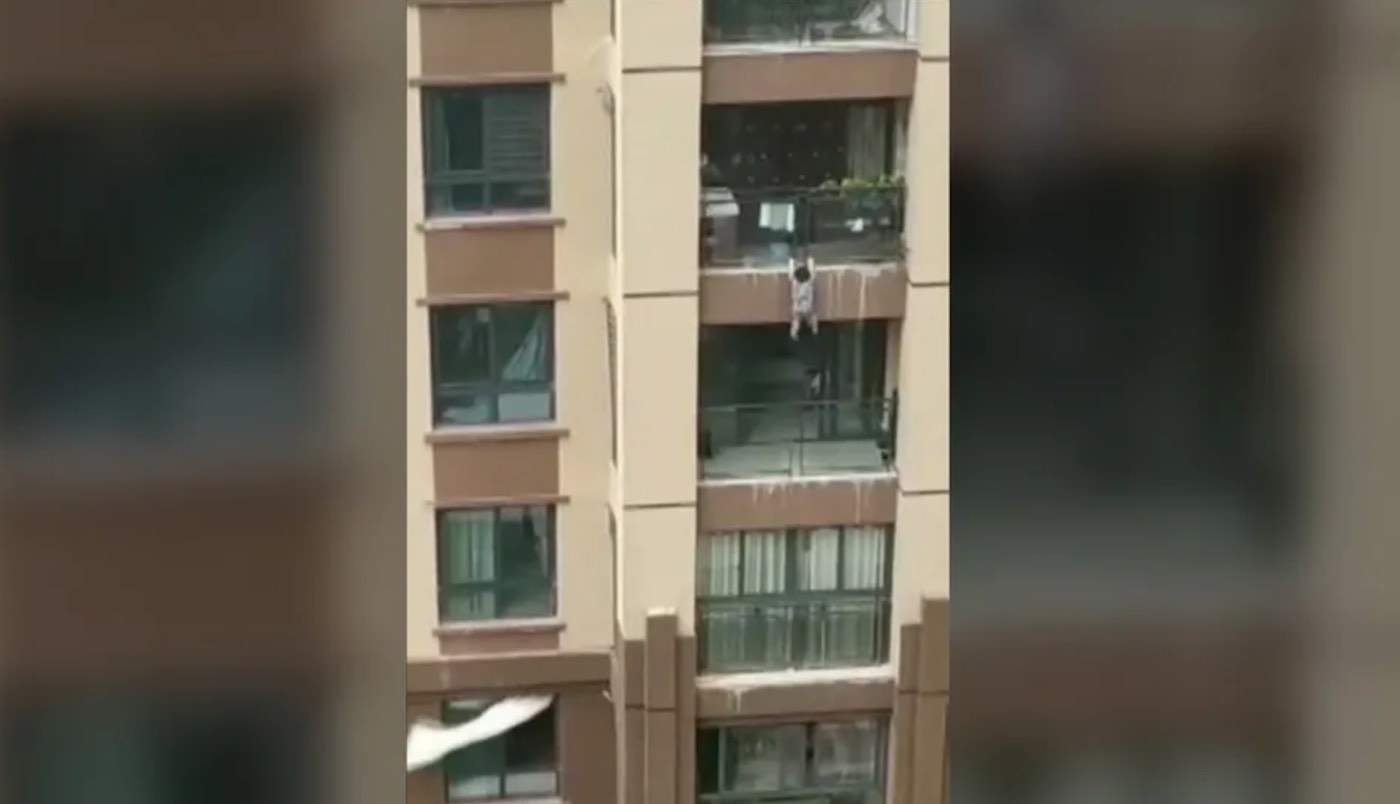 When a 3-year-old boy was left dangling helplessly from a sixth floor apartment building balcony, a group of neighbors pulled off the most ingenious rescue tactic to save him.

CCTV footage from the city of Chongqing shows the boy hanging by his fingertips while a crowd of concerned pedestrians gather below.

Though the boy can be seen trying to climb back up onto the balcony, he is unable to pull himself to safety.

Meanwhile, property management worker Zhu Yanhui was scrambling to find a way to help the boy.

RELATED: American Brothers Successfully Save Irish Girl Who Was Swept Out to Sea in Serendipitous Twist of Fate

“I looked up and saw a little child was dangling up there. My first reaction was to find something to catch him. I thought about rushing over there and catch him with my bare hands, but that would not have worked,” he told CCTV. “My only thought was to keep him safe.”

With the help of several building residents, sanitation workers, and security guards, he grabbed a blanket and stretched it out underneath the boy as a makeshift safety net.

10 seconds later, the boy fell from the balcony and landed safely in the blanket below.

A neighbor took him to the hospital after the incident, but doctors declared the boy to be unharmed.