Home All News Heroes American Brothers Successfully Save Irish Girl Who Was Swept Out to Sea... 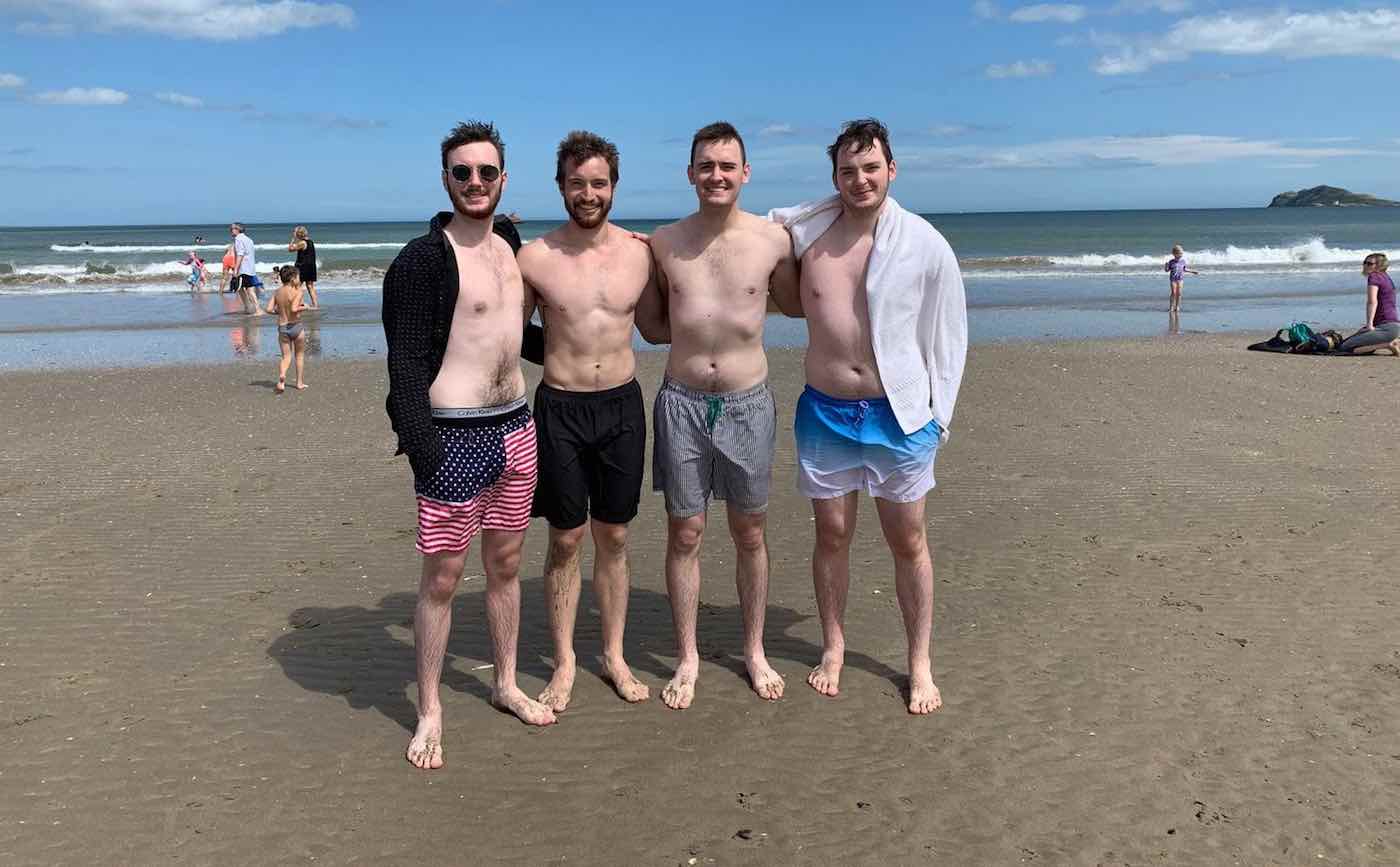 These four American brothers traveled to Ireland last week as visitors—but since they rescued a little girl and her father from drowning in the ocean, they are now leaving the country as heroes.

Eoghan, Walter, and Declan Butler had traveled to the Emerald Isles from Washington D.C. with their brother-in-law Alex Thomson in order to attend their grandfather’s funeral.

The young men had been preparing to enjoy a relaxing afternoon on Portmarnock Beach when they heard someone calling for a lifeguard.

A 6-year-old girl on a flotation device had been swept out to sea by a rogue current when her father started yelling for help.

RELATED: Watch These Ingenious Rescuers Save a Leopard from Drowning in a 15-foot Well

Eoghan, Declan, and Alex immediately sprinted into the ocean to rescue the girl while Walter stayed on shore in case someone needed CPR.

Since the youngster had already drifted half a mile away from the shore, the three brothers were forced to swim for 25 minutes in order to reach her—a harrowing feat, even for three athletic young men.

Once they reached the girl, the brothers then took turns swimming on their backs in order to tow the girl’s flotation device back to shore on their chests.

CHECK OUT: Youth Charges Straight Into Fire To Save His 8-year-old Niece – ‘I’d do it again… even if I died’

Upon successfully bringing the girl back to dry land, Eoghan and Declan noticed that the girl’s father was still in the water after he had put on a life vest to swim out and help with the rescue mission. The twin brothers then plunged back into the water and rescued the struggling father as well.

Though the young men felt relieved to have rescued the father-daughter-duo, they felt particularly emotional when they were visited by the little girl’s mother the very next day.

“Seeing her jump around, kiss her mom, that was actually amazing,” Declan told The Washington Post.

Furthermore, the boys later realized that their rescue had taken on a serendipitous meaning of its own: they had rescued the little girl on the exact same day that the brother of their deceased grandfather had drowned several decades ago.

“It’s kind of like this godly, guardian angel kind of feeling,” mused Walter, “that the same day he drowned 64 years ago is the day we actually saved the life of a 6-year-old girl.”