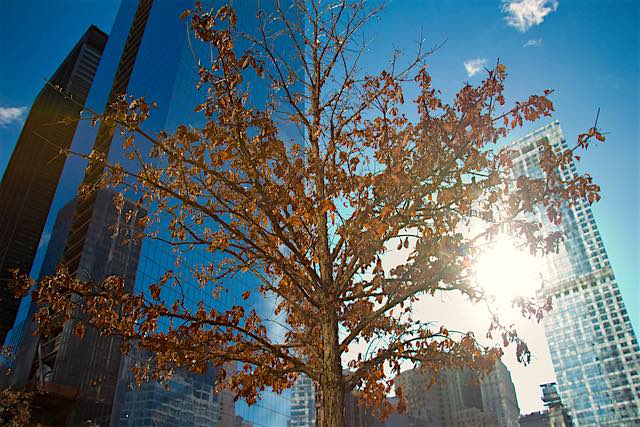 In 2007, former Mayor Michael Bloomberg launched an initiative to plant a million trees in 10 years. This week, officials reached their goal — two years ahead of schedule.

The one-millionth tree, an eight-year-old, 25-foot-tall lacebark elm, was planted Tuesday in the Bronx. Leaders behind the greening effort say they finished ahead of schedule because so many people were willing to volunteer.

A half-dozen poor neighborhoods, which were devoid of trees and reporting high rates of asthma, were singled out for mass plantings as a part of a city-wide environmental plan focused on creating new parkland and battling climate change. The trees would filter urban air pollutants and provide shade that keeps concrete and asphalt streets from heating up.

RELATED: Ecuador Breaks World Record for Planting Most Trees in One Day

Three-quarters of the trees planted as part of the MillionTreesNYC initiative were added to existing parks, but others sprouted along streets, at schools and churches, outside of private businesses, and in people’s backyards.

City Hall teamed up with actress and singer Bette Midler’s New York Restoration Project to raise $30 million toward the tree plantings. Over the course of the MillionTreesNYC initiative, the city expanded its number of trees by 20 percent.

The one-millionth tree was planted in the ground at the Joyce Kilmer Park. Yes, that Joyce Kilmer — the poet who wrote “Trees.”