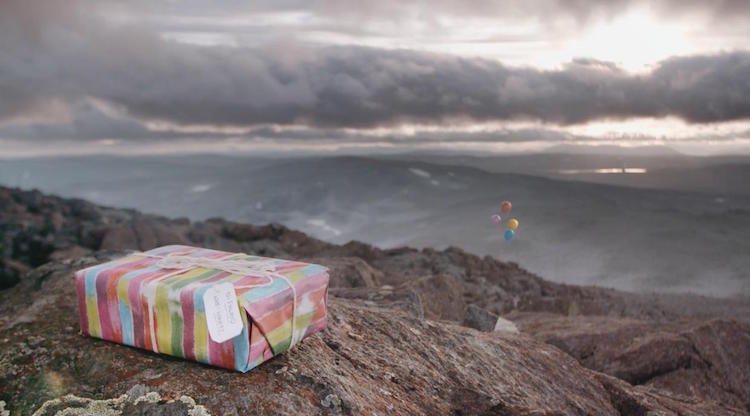 The country of Finland is drawing ever closer to celebrating its 100th birthday in December – and the people of Norway are trying to pass on a big gift in its honor.

Retired Norwegian geophycist Bjørn Geirr Harsson recently sent a letter to his nation’s government proposing that in honor of their neighboring country’s birthday, they move their country’s border over 100 feet – in other words, give Finland a mountain for their birthday.

If the Halti mountaintop in North Toms was successfully gifted, Finland would not only have a new mountain – they would have a new highest point in the country.

“I saw that the highest point of Finland was in a hillside and the mountain was in Norway,” says Bjørn. “So I wrote a letter to the Norse Ministry and proposed that the gift from the Norwegian people to Finland should be the mountaintop.”

“All over the world you find countries that fight or make war to enlarge their countries, but in this case Norway is willing to give away a small part without anyone asking for anything return,” Bjørn added. “It is a gift from the heart of the Norwegians to Finland so we don’t expect anything back; we just want to give them something really nice when they celebrate 100 years as a free nation.”

MORE: Canada Welcomes Refugees At the Airport With Coats and Healthcare

The motion has received overwhelming support from the Norse people, however several politicians are reluctant because of the legal constraints; Article 1 of the kingdom’s constitution states that Norway is “indivisible and inalienable”.

But the nation’s citizens believe that in such a time of increased global tensions, the gift would come as a historic gesture of international friendship.

David Freid, director of the short film Battle for Birthday Mountain which documents the debate, hopes that his movie will raise enough awareness and support for the gift, that the Prime Minister will back down on her resistance.

(WATCH the movie below)

Battle for Birthday Mountain from MEL Films on Vimeo.