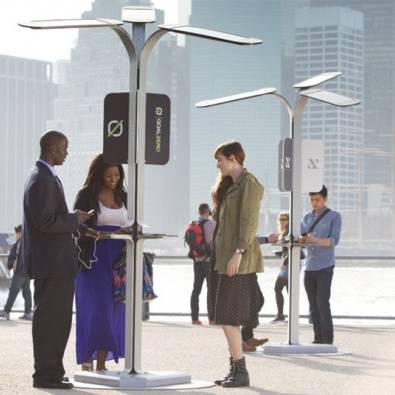 New York City unveiled the first of 25 free solar charging stations for mobile phones on Tuesday, installed in response to Superstorm Sandy, which wiped out power and forced residents to walk miles to charge their phones.

The Street Charge stations promise to be the solution in both sunny and cloudy weather for New Yorkers facing the dead battery dilemma.

Located throughout the city’s five boroughs, the charging stations are part of a public-private partnership with AT&T and Goal Zero, with locations planned at the following spots.

(READ the Reuters story in the Boston Globe)