Home All News Inspiring Instead of Taking Their Share of Hospital Lotto Pool Winnings, Nurses Give... 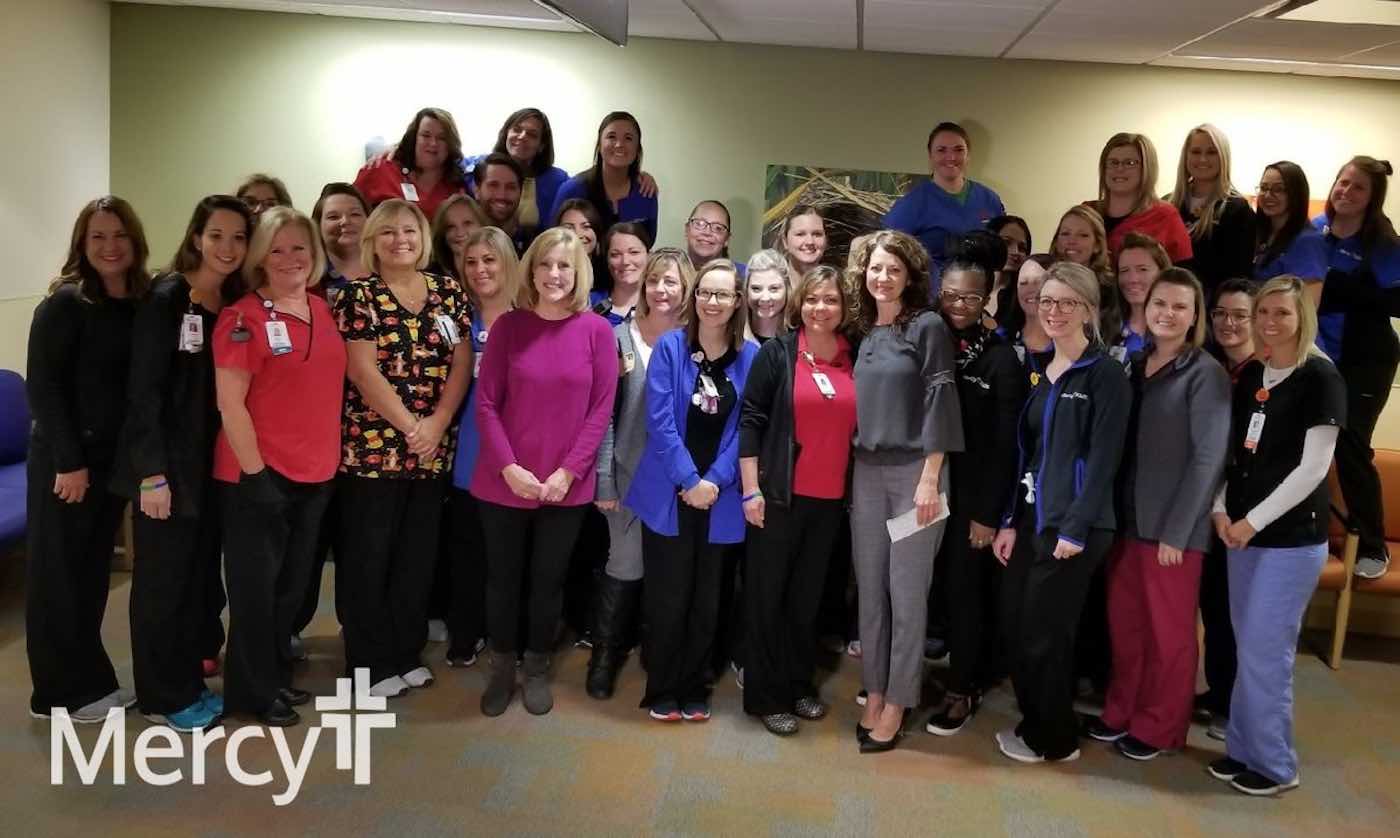 ICYMI: When it comes to incredible #nurses, we hit the jackpot! Check out this @KMOV story about @mercysaintlouis nurses who gave their @MegaMillionsUS winnings to two of their own going through heartbreak: https://t.co/wo5wzppLgS #FacesOfMercy pic.twitter.com/iuRp4vNESA

This team of nurses was lucky enough to draw a winning ticket in their NICU’s lottery pool – but instead of divvying up the cash, the staffers decided to pool their money again and give all of the winnings to two nurses going through heartbreak.

Though the nurses at Mercy Children’s Hospital in Missouri didn’t win the whopping $1.6 billion Mega Millions lotto jackpot last month, they did draw one of five state tickets worth $10,000. After taxes, their winnings came to $7,200.

As they were celebrating in their good fortune, however, they realized that they could put their money to better use – more specifically, they decided to give the money to two of their staffers: Gretchen Post and Casey Orellana.

Post, who is a nurse at Mercy’s, has been grieving the loss of her 17-year-old son after he committed suicide on the night of the lotto drawing. The check that she received from her adoring co-workers ended up paying for his funeral.

RELATED: When Single Mom Wins State’s Largest Ever Lotto Prize, She Shares the Fortune With Those Who Need It Most

“I know it’s not the $1.6 billion dollars, but here is what we have to offer you,” Post’s co-worker recalls saying to the nurse. “Hopefully, it’ll help.”

The second check went to neonatalogist Orellana who has been struggling to make ends meet since her husband was diagnosed with sarcoma earlier in the year.

“When I got that phone call [about the lottery winnings], it was a day I was wondering how we were going to pay for certain medications,” Orellana told KMOV. “It just touches your heart.”