Home All News Heroes An Open Letter to the Whole Foods Shoppers Who Consoled Me As... 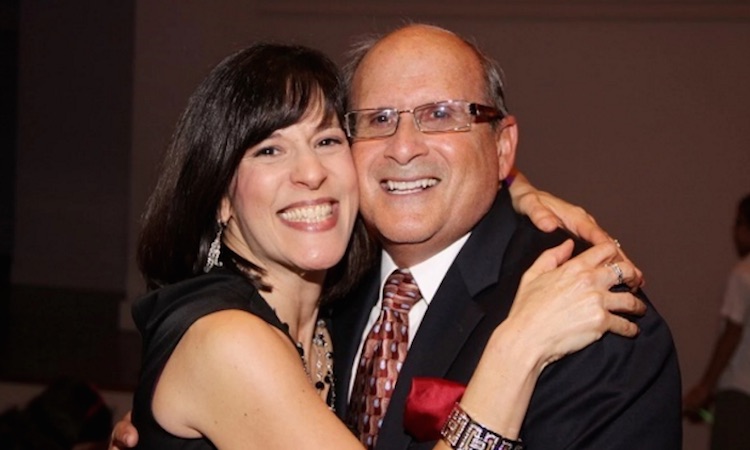 Suicide comes at a high cost for everyone involved –but sometimes the effects of tragedy serve to bring people together, instead.

When Deborah Greene learned of her father’s suicide while grocery shopping in a Whole Foods store one year ago, the only thing keeping her world together was the kindness of strangers.

In an open letter addressed to the women who took care of Deborah in her time of greatest need, she thanked them for their compassion and bravery in the face of such upsetting circumstances.

The letter reads as follows:

I remember you. Ten months ago, when my cellphone rang with news of my father’s suicide, you were walking into Whole Foods prepared to do your grocery shopping, just as I had been only minutes before you.

But I had already abandoned my cart full of groceries and I stood in the entryway of the store. My brother was on the other end of the line. He was telling me my father was dead, that he had taken his own life early that morning and through his own sobs, I remember my brother kept saying, “I’m sorry, Deborah, I’m so sorry.” I can’t imagine how it must have felt for him to make that call.

After I hung up, I started to cry and scream as my whole body trembled. This just couldn’t be true. It couldn’t be happening. Only moments before, I had been going about my errands on a normal Monday morning. Only moments before, my life had felt intact. Overwhelmed with emotions, I fell to the floor, my knees buckling under the weight of what I had just learned. And you, kind strangers, you were there.

RELATED: Teen’s Simple Question Saves a Man’s Life, Baby Is Named After Him

You could have kept on walking, ignoring my cries, but you didn’t. You could have simply stopped and stared at my primal display of pain, but you didn’t. No, instead you surrounded me as I yelled through my sobs, “My father killed himself. He killed himself. He’s dead.” And the question that has plagued me since that moment came to my lips in a scream, “Why?” I must have asked it over and over and over again.

I remember in that haze of emotions, one of you asked for my phone and who you should call. What was my password? You needed my husband’s name as you searched through my contacts. I remember that I could hear your words as you tried to reach my husband for me, leaving an urgent message for him to call me. I recall hearing you discuss among yourselves who would drive me home in my car and who would follow that person to bring them back to the store. You didn’t even know one another, but it didn’t seem to matter. You encountered me, a stranger, in the worst moment of my life and you coalesced around me with common purpose, to help.

LOOK: 18 Chart-Topping Examples of Kindness in 2015

I remember one of you asking if you could pray for me and for my father. I must have said yes, and I recall now that Christian prayer being offered up to Jesus for my Jewish father and me, and it still both brings tears to my eyes and makes me smile. In my fog, I told you that I had a friend, Pam, who worked at Whole Foods and one of you went in search of her and, thankfully, she was there that morning and you brought her to me. I remember the relief I felt at seeing her face, familiar and warm. She took me to the back, comforting and caring for me so lovingly until my husband could get to me. And I even recall as I sat with her, one of you sent back a gift card to Whole Foods; though you didn’t know me, you wanted to offer a little something to let me know that you would be thinking of me and holding me and my family in your thoughts and prayers. That gift card helped to feed my family, when the idea of cooking was so far beyond my emotional reach.

HELP From Strangers: Anonymous Love Letters Lift the Spirits of Anyone Signed Up on Website

I never saw you after that. But I know this to be true, if it were not for all of you, I might have simply gotten in the car and tried to drive myself home. I wasn’t thinking straight, if I was thinking at all. If it were not for you, I don’t know what I would have done in those first raw moments of overwhelming shock, anguish and grief. But I thank God every day that I didn’t have to find out. Your kindness, your compassion, your willingness to help a stranger in need have stayed with me until this day. And no matter how many times my mind takes me back to that horrible life-altering moment, it is not all darkness. Because you reached out to help, you offered a ray of light in the bleakest moment I’ve ever endured. You may not remember it. You may not remember me. But I will never, ever forget you. And though you may never know it, I give thanks for your presence and humanity, each and every day.”

Deborah’s letter has been shared on websites worldwide since its publication last month. She talked with Good News Network about its impact…

“I have officially been rendered speechless at the response that my letter has received,” Deborah said in an email. ”I am so moved and honored that so many have taken the time to share in my story. In truth, I believe it was written by those very special women who stood with me on that very dark day, I have only given it words. I hope that as it circulates, now internationally, that it reaches them. And I hope that it inspires others to reach out to those in need, to act with kindness & compassion, and to recognize and begin a dialogue about the very human face and cost of suicide. If I achieve that, then I have made meaning of my father’s death.”

Deborah Greene lives in Superior, Colo., with her husband and three daughters. This story has been adapted from Greene’s blog Reflecting Out Loud and republished with her permission. Her father, Lowell Herman, died by suicide on April 20, 2015.