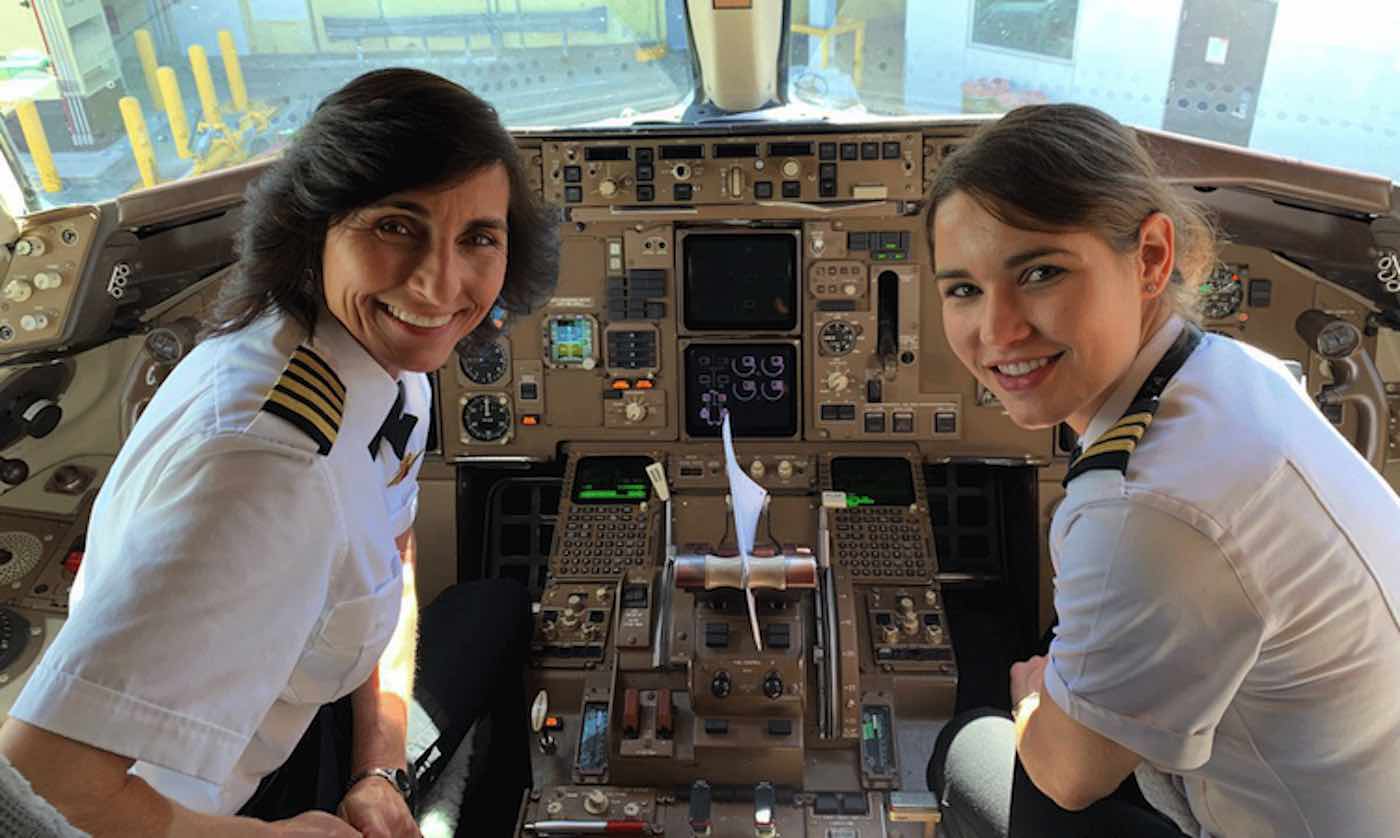 Just flew from LAX to ATL on Delta piloted by this mother daughter flight crew. Great flight. Inspiring for you women. pic.twitter.com/4Gk1vHCcZ1

A lot of people never get a chance to look inside of an airplane cockpit before their flight – but when this passenger asked to get a glimpse of his pilots at work, he was delighted by what they found.

This picture of a mother-daughter duo preparing for takeoff has been going viral on social media since it was published by Dr. John R. Watret on Twitter last week.

Watret had been settling in for a Delta airlines flight from Los Angeles to Atlanta when a woman asked the attendants if her two kids could meet the pilots.

“The flight attendant said they could – and that they would be surprised,” Watret said in a press release.

RELATED: For the First Time Ever, a Woman is Awarded the Most Prestigious Mathematics Award in the World

As the family was returning to their seats, Watret overheard them talking excitedly about the “mother and daughter” flying the plane.

“I thought that was amazing. I was in awe,” he said. “I asked if I could visit them, too.”

Watret then paid his own visit to the cockpit so he could meet the familial flight crew: Captain Wendy Rexon and her daughter, First Officer Kelly.

Upon chatting with the Rexons, he was even more delighted to discover that Wendy’s husband is a pilot for American Airlines; her father is a retired pilot; and her other daughter is also a pilot.

Watret was particularly heartened by the team because he is the chancellor of Embry-Riddle Aeronautical University’s worldwide campus. He is also an enthusiastic advocate for recruiting more female pilots since only 7% of currently licensed American pilots are women.

“There has to be more diversification in the industry,” he said. “It’s crucial and one of the key factors we focus on. When there are more opportunities, everyone wins.”

LOOK: When Flight Attendant Had to Work on Christmas, Her Dad Booked Seats On All 6 of Her Flights to Spend Time With Her

“The first officer had a great role model for becoming a pilot – her mother,” he added. “It’s good for aviation and inspiring for all of us.”

Though Watret said that he rarely posts to social media, his phone has apparently been “blowing up” with messages and reactions from social media users sharing in his delight over the photo.