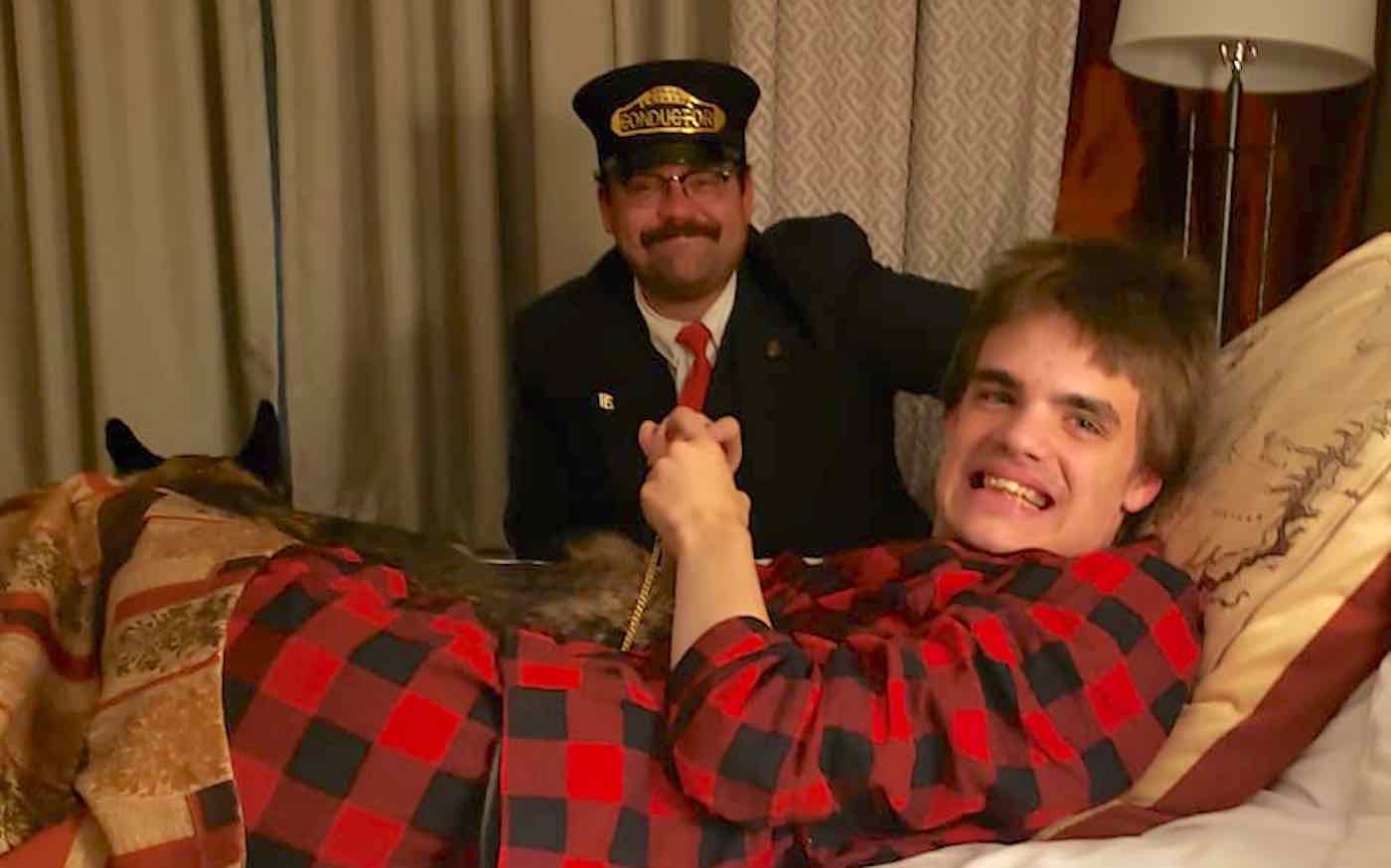 When a young man with autism experienced too much sensory overload to fulfill his dream of riding on the Polar Express, the train staffers went above and beyond to make his wish come true.

18-year-old Ty Swartout is non-verbal and autistic—and he also loves “The Polar Express”. In addition to reading the book hundreds of times, he makes sure to watch the movie every month.

So when his parents discovered that there was a real-life version of the magic holiday train at the Grand Canyon Railway and Hotel’s Polar Express in Williams, Arizona, they knew they had to orchestrate a visit for Ty.

Ty handled the 4-hour drive to the railway hotel with ease; he and his service dog even wore matching plaid pajamas to ensure that they would be granted passage as described in the book.

As he and his parents ate dinner and prepared to board the train, however, Ty became more and more overstimulated by the excitement of the visit. After experiencing two minor meltdowns leading up to the platform, Ty was too overwhelmed to board the train.

The train staffers refused to leave without Ty, but his parents told them to go ahead without them.

“The staff of the Grand Canyon Railway tried so hard to help,” Ty’s mother Angie wrote in a Facebook post. “They even held the train. Finally, I had to say let’s go back to the room.

“I cried all the way back. My heart was shattered,” she added. “I wanted this so badly for my son.”

Thankfully, she did not have long to weep. After they got back to their hotel room, they heard a knock at the door from a hotel staffer and police officer who had stopped by to make sure that Ty was okay. Not only that, they said that they wanted to do something to make it up to Ty.

As hotel staffers helped Ty’s father Lloyd reschedule their visit on the Grand Canyon Expressway with free special needs accommodations, Ty and Angie curled up to read “The Polar Express” only to be visited by the real-life railway train conductor.

RELATED: When 7-Foot-Tall ‘Gentle Giant’ With Autism Outgrows His Swing Set, Handyman Steps in for Free

“I had just finished when my husband came back in and he said that there was someone special that wanted to visit,” wrote Angie. “Ty and I shook our head yes and in walks the train conductor.

“He sat next to Ty’s bed and chatted with him. Ty was star struck. He was so excited and happy. Then the conductor gave Ty his pocket watch!

“After the conductor, left my husband told me that the hotel and railway offered to reschedule our visit special accommodations! They said that they wanted everyone to experience something special and magical.

“They succeeded,” she continued. “We may not have gotten to ride a train but we got something even more magical… We got the gift of human kindness!”