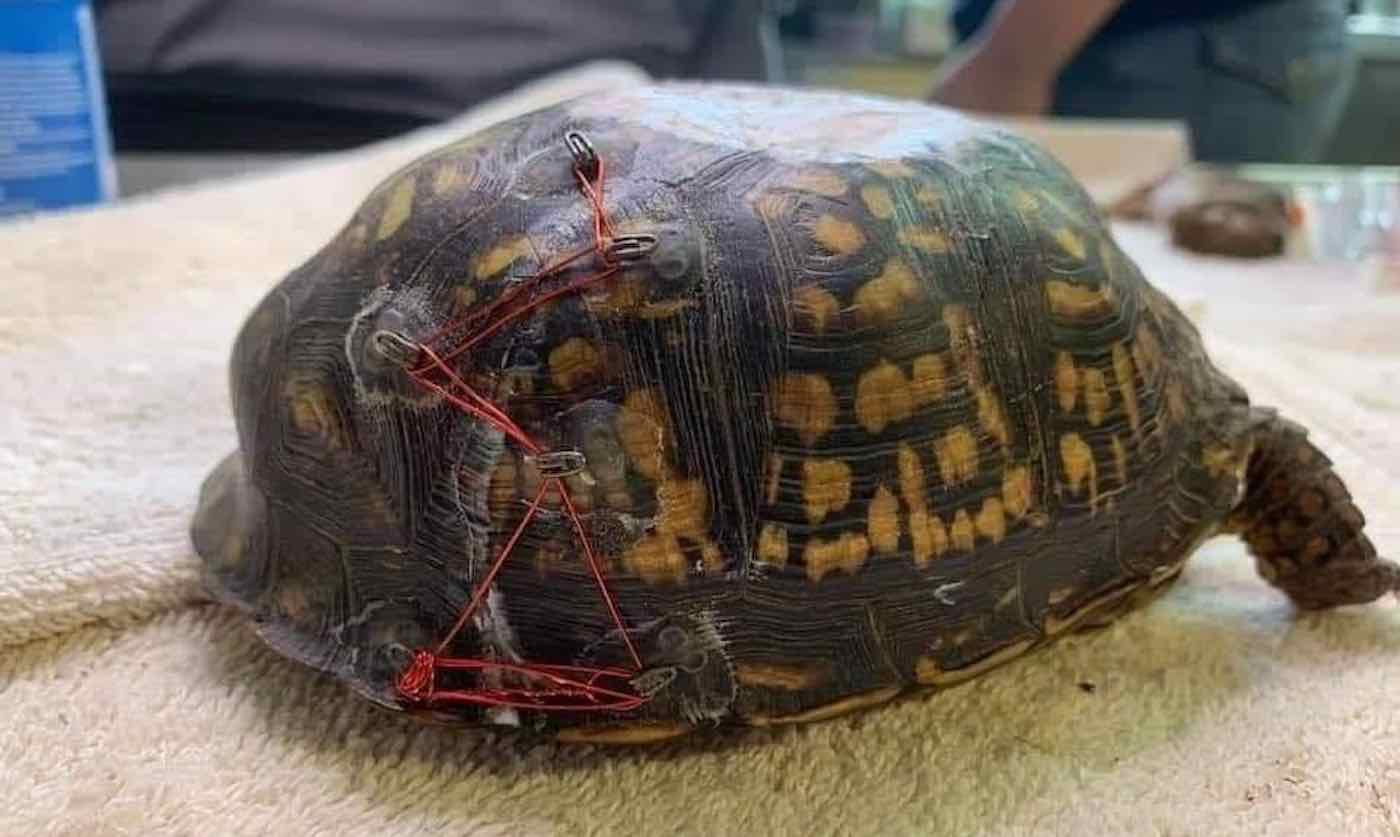 A clever wildlife rescue group is showing that bras can support much more than just women’s bodies – they can also support the shells of injured turtles.

The Carolina Waterfowl Rescue has been recycling worn-out bras by using the clasps to secure cracked and broken turtle shells.

It can take anywhere from 6 to 8 weeks for a fractured turtle shell to heal completely. Over the course of the last month, the organization says that they have been treating about 40 turtles every week.

Many of the turtles have suffered damage to their shell after being hit by a lawnmower, car, or motorized vehicle. Thankfully, the rescuers have managed to fix the reptile shells by gluing the pieces together and using bra clasps to secure the shell with wire.

This is not the first time that the Carolina Waterfowl Rescue has come up with a clever solution for wildlife medical treatment. In April, the group asked their supporters to send them hand-knitted nests for rescued baby birds who had been abandoned or injured during nesting season.

The rescue organization, which is based out of Indian Trail, North Carolina, recently made a Facebook post asking if women could send in their old bras for recycling – but since news outlets began sharing the group’s innovative medical technique, rescuers say that they have been inundated with old bras.

The group has reassured concerned Facebook readers that they only use the clasps from bras that are no longer suitable for everyday use. If they receive any bras that still seem to be in relatively good shape, then the reptile rescuers simply donate them to charity.

“We work closely with our friends at Common Heart who run a thrift store and a food pantry,” writes the Waterfowl Rescue Facebook page. “If we get any bras and they are usable, they will be donated there. Unusable ones will have the clasps recycled for the turtles.”

That being said, the Carolina Waterfowl Rescue asks that readers support their rescue mission by either sponsoring a rescued turtle or making a donation on their website.