Home All News Inspiring Rising From the Ashes, Santa Rosa Police Give 1,000 Halloween Costumes to... 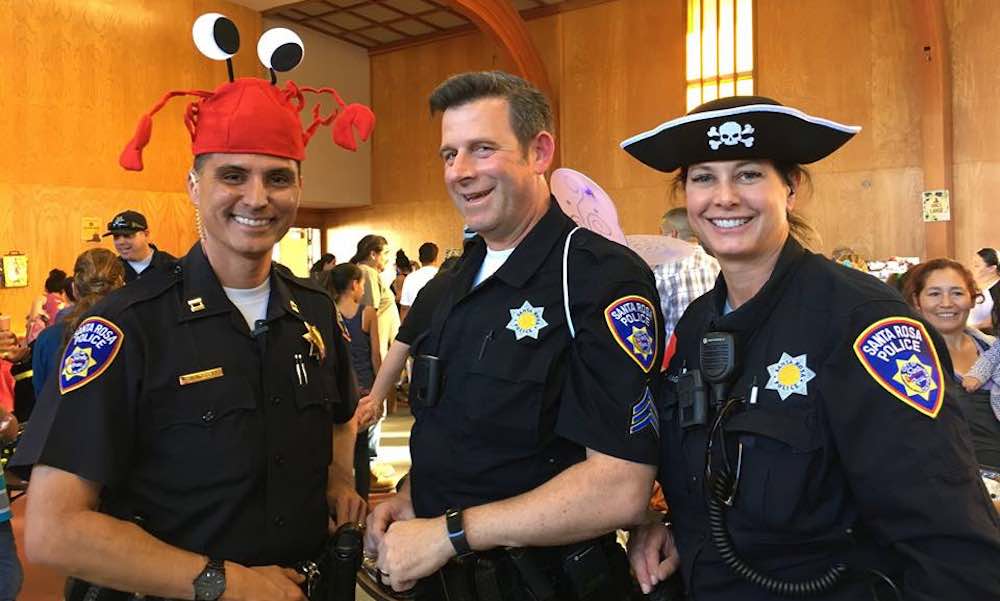 This police department is not just dedicated to saving lives – they are also determined to give the kids in their community a chance at a normal holiday season.

The Santa Rosa Police Department in California just organized a free costume give away for over a thousand children in their community on Friday.

The officers were first spurred to action after the city recovered from the worst of the wildfires. While plenty of city residents were successfully evacuated, many of them lost their homes, possessions, and their chances of having a normal Halloween.

CHECK OUT: Dog Hailed as Hero After Refusing to Leave Goats Alone in Wildfires

The Santa Rosa police put out a plea on Facebook last week asking for costume donations that they could distribute to the city’s youth.

Before long, donations were pouring in from across the country and community members were dropping off massive bags of costumes and Halloween treats at the police headquarters. Collectively, the police station managed to collect over 1,000 Halloween costume for their city’s children.

The force then organized a giveaway at the Santa Rosa Christian Church over the weekend. Kids got to ruffle through the assortment of costumes while local Girl Scouts handed out candy to the parents and youngsters.

RELATED: After Evacuating His Own Home, Guy Fieri Cooks Up Thousands of Meals For Wildfire Victims

“This was a truly amazing event that couldn’t have taken place without all of the generous donations,” said the department’s Facebook page. “We had a storage facility full of costumes yesterday and more delivered today. At the end of the afternoon, there was almost nothing left!”

Police officials hope that the giveaway will give the kids a break from the stress of the recent Bay Area wildfires. 11 Santa Rosa schools reopened for the first time since the blazes started earlier this month, and 13 more schools reopened yesterday with a new team of counselors on hand to help kids deal with the emotional event.