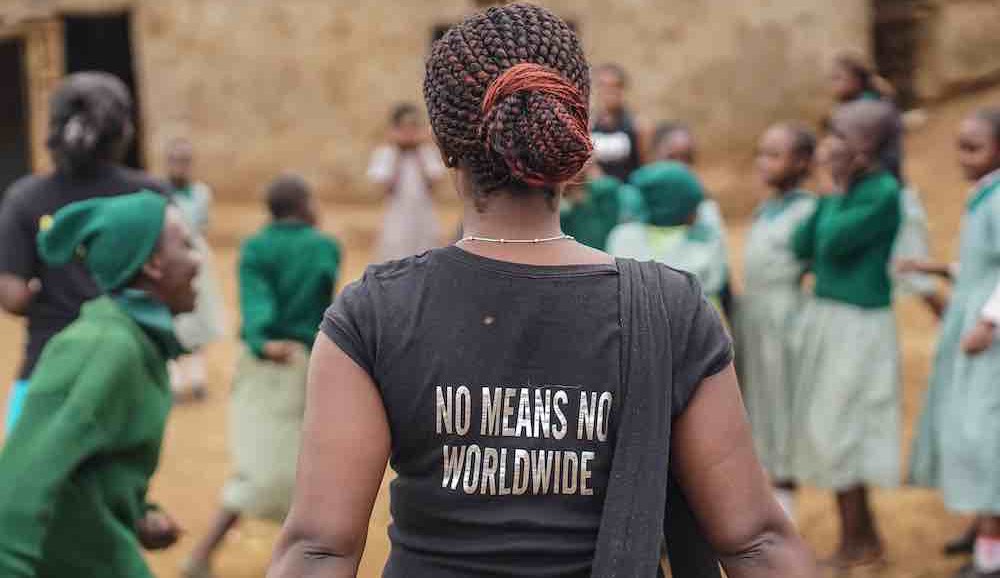 This simple self-defense program in Kenya fights gender-based violence by teaching both girls and boys how to respect and protect one another – and the initiative has already resulted in sexual assault rates being cut in half.

The IMpower training program is conducted through 2-hour sessions once per week across six weeks, and only costs $1.75 to attend. The program’s focus on training girls aged 10 to 19 has a remarkable attendance record with over 12,000 girls being trained in the first two years. Lessons range from physical self-defense, to the concepts of body integrity and consent, to the simple – yet effective – method of repeatedly shouting “NO” to shock would-be attackers and alert bystanders of assault.

The training also includes encouraging the participants to chant: “I am strong! I’ve got my spirit! I am beautiful! I can defend myself! I’m worth defending! You cannot hurt me!”

MORE: How Chickens and Goats Caused Likelihood of Child Marriage to Plummet by 90%

Young girls are not the only participants. In addition to mentoring young women, the program also runs role-playing classes that teach grandmothers how to defend themselves, too.

Additionally, boys are taught how to discard their gender-based stereotypes and how to recognize and intervene in attempted sexual assaults. The boys have taken defending their peers to heart, with a large majority of their interventions successfully stopping attacks in their tracks.

The IMpower program, which is the brainchild of the nonprofit, No Means No Worldwide, was founded in 2009 by Lee Paiva, who has distraught over the gender-based crimes in Nairobi.

The program’s successes are a testament to it’s effectiveness:

Such feats are impressive for a program which has cost less than half a million dollars over the course of their eight years of activism.

“We were pretty stunned that the self-defense training was so effective,” said Paiva.

Spurred by the positive feedback, No Means No Worldwide has exported their training to Malawi, replicating the successes from Kenya. They also have plans to start trainings in neighboring Uganda and create a center for further programs in the region.