Home All News Heroes Soldier Whose House Was Looted Gives Away Money Raised for Him: ‘I... 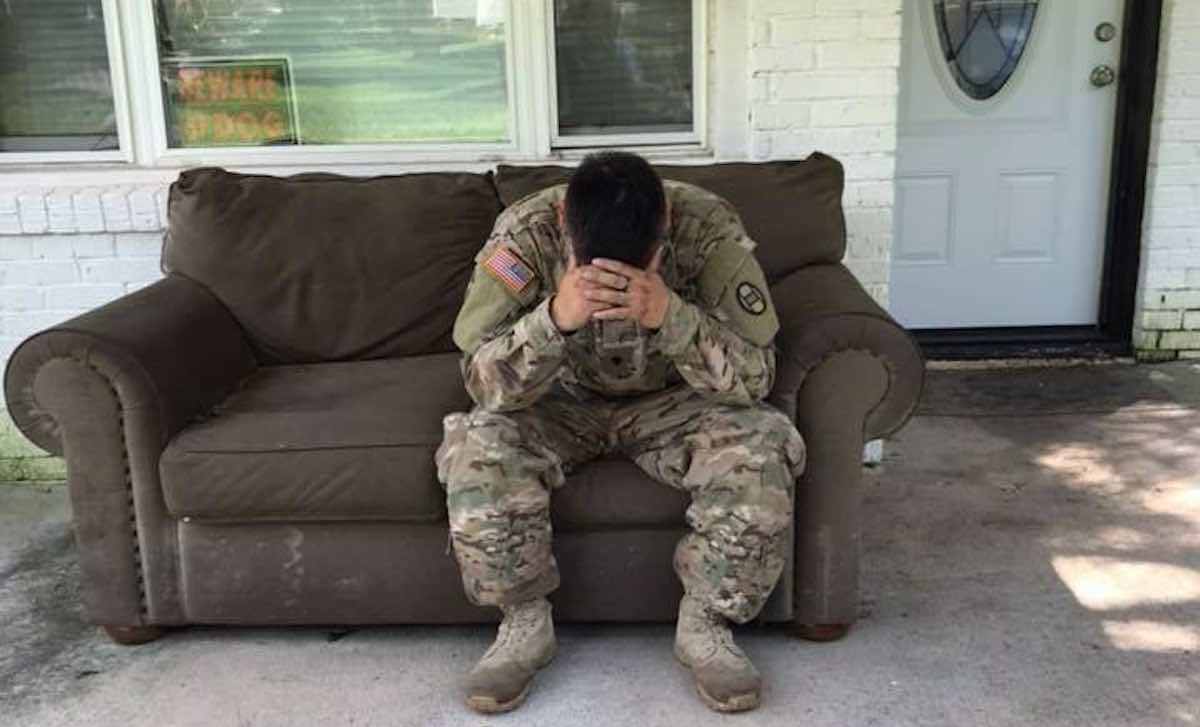 One soldier’s misfortune has turned into an incredible example of kindness following Hurricane Florence.

24-year-old Luis Ocampo is an army medic who left his home in Charlotte, North Carolina last month to help with hurricane relief efforts alongside his National Guard unit. His 20-year-old girlfriend, Kailey Finch, took their infant child with her to his parents’ house to wait out the storm.

Then, when the young couple returned to their home in late September, they were heartbroken to find that their house had been robbed. The laptop that Ocampo used for schoolwork, game systems, jewelry, and money were all missing.

Mary Elise Capron, a friend and colleague of Ocampo, was so heartbroken by the crime, she created a GoFundMe campaign to replace everything that was lost in the burglary.

RELATED: 7-Year-Old Becomes Certified Barber So She Can Offer Free Haircuts To Kids in Her City

“I have worked closely with Ocampo, in the national guard and he is an amazing soldier and person,” she wrote in the campaign description. “I am honored to know him and cannot believe something so terrible could happen to someone so dedicated to the service, his family and school.”

Within two weeks, the campaign had surged past its original goal of $5,000 and raised roughly $15,000 for the couple.

Ocampo and Finch were stunned by the surge of generosity – but they also knew that they didn’t need such wealth; so they asked Capron to shut down the donation page.

CHECK OUT: Daughter is Overwhelmed by Internet’s Response to Her Request for Grieving Father’s Birthday

They kept what they needed to replace their stolen goods, but they donated the additional funds to the Soldier and Airmen Assistance Fund and other servicemen who had been affected by the hurricane.

“A big part of wanting to give the donations comes from seeing how generous people have been, and I wanted to pay that back to someone else who needed help,” Ocampo told PEOPLE, with Finch adding that: “Other people really need help that they can’t get.”