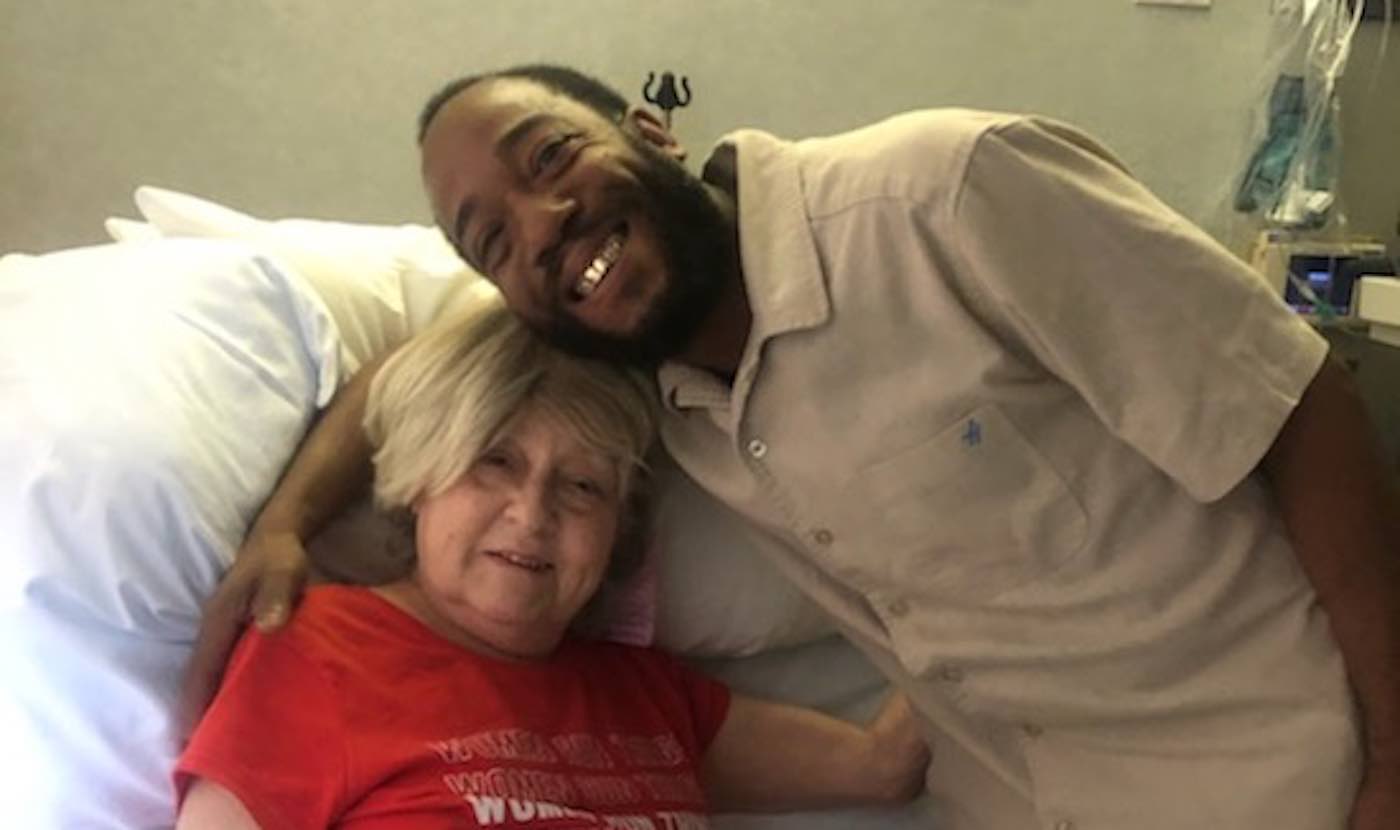 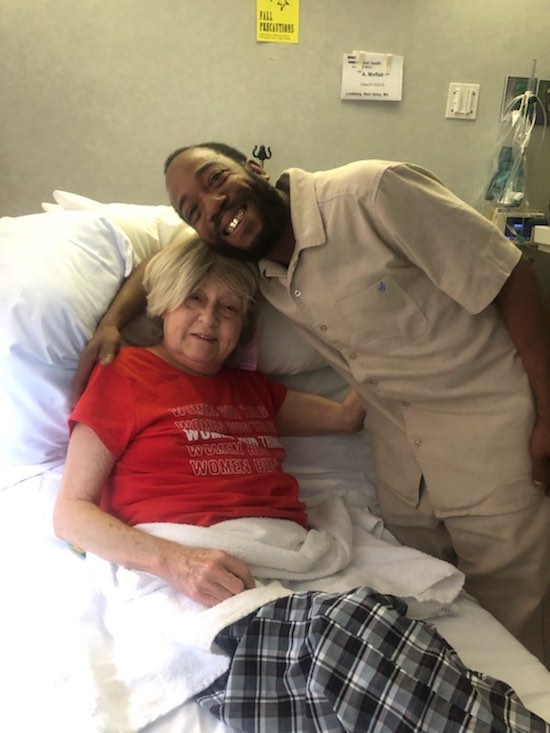 It all happened in the month I was about to move my mom to Maui, Hawaii so she could be closer to me after recovering from her lung cancer.

However, we got word that the cancer had metastasized to her brain and she needed emergency surgery. The two fast growing brain tumors that my mom called her “coconuts” were removed on April 9th—and she soon received the first of many miracles on her road to recovery this month.

Miracle 1: She was walking less than 24 hours post-op. (She even ordered a cute top on the QVC channel from her ICU hospital bed).

Miracle 2: She received an all-clear MRI showing the cancer was gone from her brain.

Miracle 3: She sold her home of 20 years in a small town, where real estate rarely moves, while being in the hospital. (Mom’s free now to move to Maui!)

Miracle 4: At a free yoga event in Little Rock, Arkansas, I met Marcus Greene, who lost his mother to brain cancer two years ago. He set up his yoga mat next to me and I learned more about his story.

In honor of his mother, he started a nonprofit called The Shirley Greene Foundation that donates free wigs to cancer patients in the Little Rock area.

A week later, Marcus delivered two blonde wigs to her hospital room. It was even his birthday and he brought his two 4-year-old twins, a 2-year-old, and wife to visit with my mom, on the way to his birthday dinner. What a guy!

This was very disturbing, as my mom has been advised by her doctor that she will need to undergo radiation and chemotherapy going forward.

There are few people who transform a family tragedy into an incredible charitable cause to give back. Marcus not only gave my mom a new fresh look, but gave her an insight into the risks of radiation. We’ve decided to move her to Maui soon, and live out the rest of her days without the ill side effects of chemo and radiation.

She is currently cancer-free and has chosen to enjoy a quality life with fresh foods, sunshine, and lots of love from my surfing camp for women called Maui Surfer Girls.

Dustin Tester was raised on Maui and learned to surf when she was seven. She’s been a multi-sport water athlete ever since. She founded Maui Surfer Girls surf school.