Home All News Celebrities ‘Stranger Things’ Stars Swoop In to Comfort Kid After Classmates Fail to... 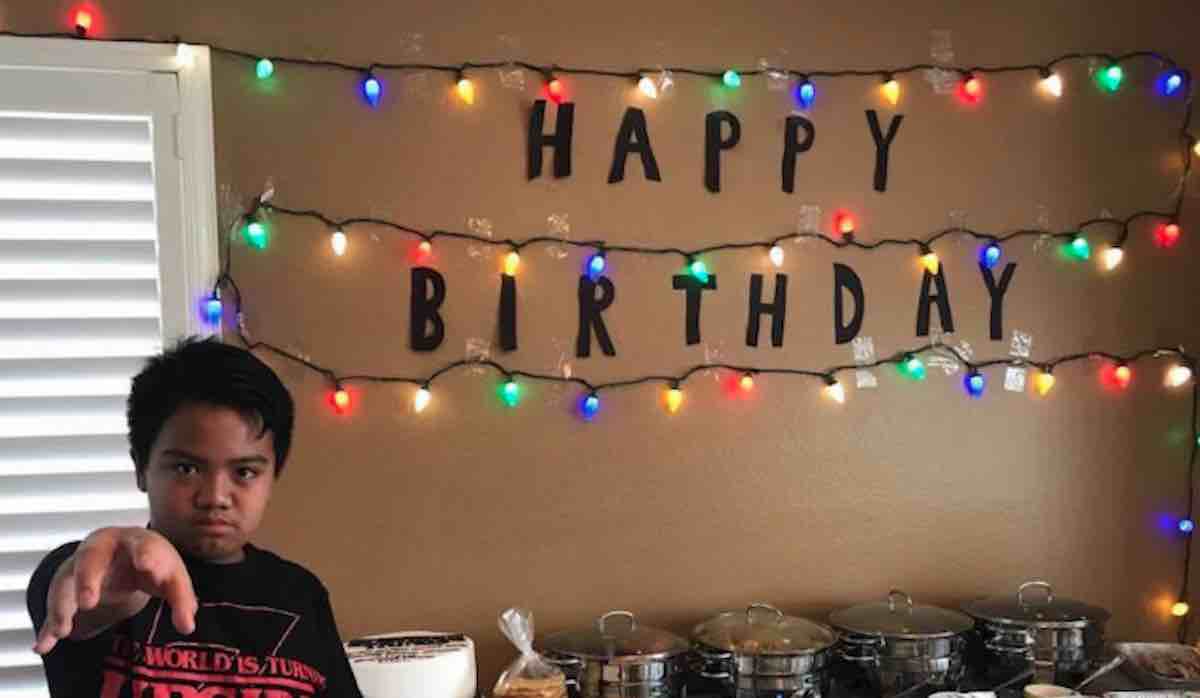 Aaron Alambat was ready to go all out for the best birthday party ever.

The 12-year-old’s party, which was themed around the hit Netflix sci-fi series “Stranger Things”, had everything from Demogorgon-flavored juice to Christmas lights and a decorated cake.

Unfortunately, the cool decorations failed to lure out the eight classmates who he had invited to the party.

my brother invited 8 of his classmates for his stranger things themed bday party & none of their punk selves showed up pic.twitter.com/Rw8wC5uNjo

Aaron’s faithful older sister Ayen took photos of the stellar party and posted them to Twitter with a call-out caption aimed at her brother’s mouth-breather classmates.

“My brother invited 8 of his classmates for his Stranger Things themed bday party & none of their punk selves showed up,” wrote Ayen.

The child star wished Aaron a happy birthday and asked for an invitation to next year’s birthday party.

What!!!! Oh Well You can let them all know that everyone on behalf on Stranger things would’ve come! I think your awesome and next year I would like an invite... Please? ??? https://t.co/gNir0sMpsm

Not only that, but she was joined by Gaten Matarazzo, the actor who plays Dustin Henderson.

“Count me in too!” said Matarazzo. “I’ll bring the chocolate pudding.”

Count me in too! I’ll bring the chocolate pudding ???

While Aaron reassured social media by saying that he was planning on avoiding his classmates’ future birthday parties as payback, he can certainly be sure that his own birthday will have a much more fantastic guest list next year.