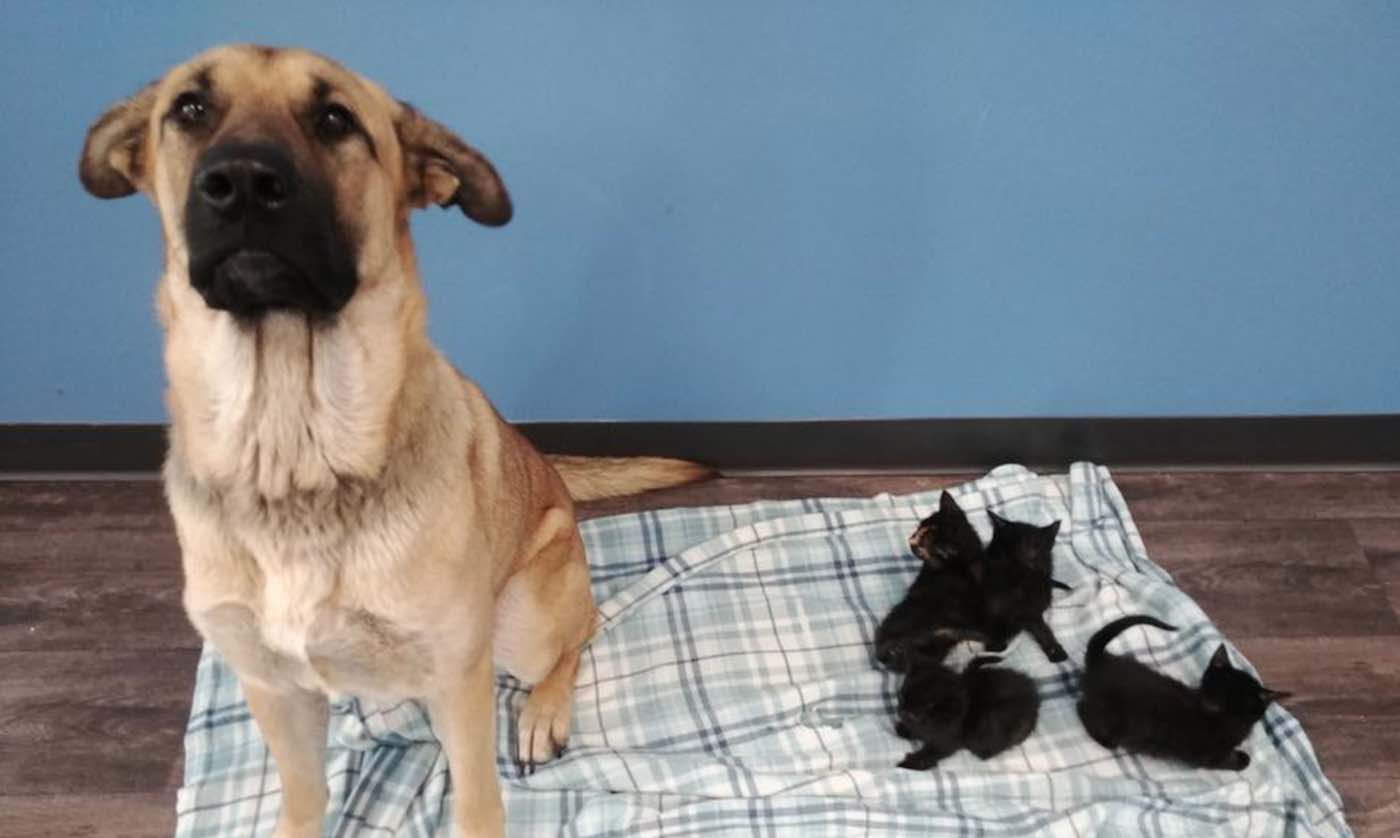 A stray dog is being hailed as a hero after she was found protecting a litter of 5-week-old kittens from frigid Canadian temperatures last week.

A passing motorist in Chatham-Kent, Ontario spotted Serenity the dog curled up on the side of the road. Upon stopping to check up on the pup, the Good Samaritan found that Serenity was curled up around five newborn kittens.

It is quite possible that if Serenity had not safeguarded the kittens until the driver stopped, they would have remained hidden on the side of the road—and with daytime temperatures in the city averaging around 42º Fahrenheit (7º Celsius), the cold could have proved to be fatal.

After the Good Samaritan called the Pet and Wildlife Rescue, the pup and her kittens were whisked away for evaluation and deemed to be in good health. The kittens are now staying with a foster family until they are old enough to be adopted.

Since the Pet and Wildlife Rescue posted about Serenity’s story on social media, many users have begged the organization to adopt out the pup and kittens as a group package.

The rescuers later made a follow-up post about how they try and get canines out of caged shelter environments and into their forever homes as soon as possible—and the kittens still require months of growth until they are ready to be adopted.

Regardless, Serenity’s story has already won the hearts of dozens of potential adopters; and once she is properly spayed on December 3rd, she will be ready to head to her forever home.