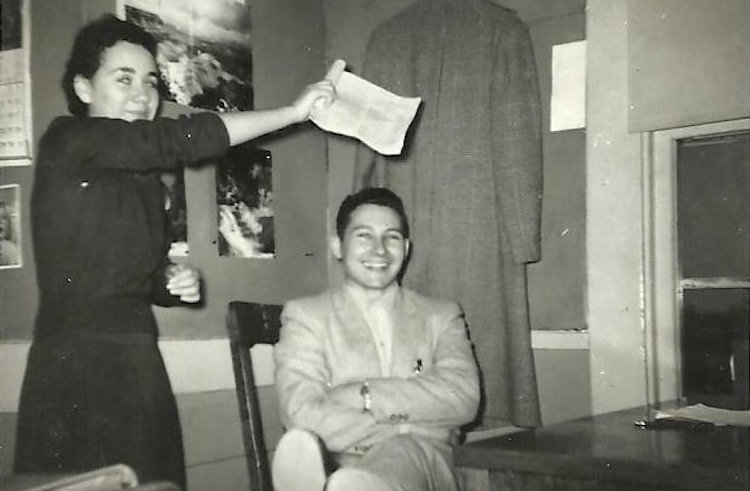 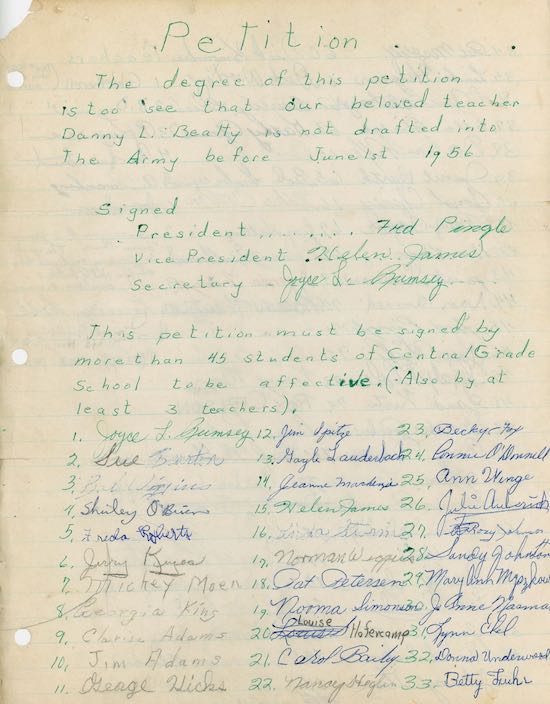 After reading the heartwarming stories of Teacher Appreciation Week, Danny Beatty decided to submit his own touching tale of student kindness.

Danny started teaching at Anacortes High School of Anacortes, Washington in September 1955. According to a letter that the educator sent to the Seattle Times earlier this week, Danny maintained a course load of teaching six different classes, each consisting of up to 30 students.

When he received a draft notice from the U.S. army ordering his induction half way through the school year, however, it looked like Danny wouldn’t be teaching for very much longer.

But his students weren’t going to let him go that easily; they immediately launched a petition that requested Danny be granted a delayed induction – at least until the end of the school year.

The delay was granted and Danny finished teaching the school year before being drafted into the Army for two years. He returned to his teaching position after his Army sentence and was an educator for 27 more years until his retirement.

But for the last 61 years, Danny has held onto the petition as evidence of the love and kindness showed to him by his students.

CHECK OUT: Teacher Provides 650 Bikes, One to Every Student at Her School

“I have kept in touch with some of the students over these many years. Two or three came back after college and taught with me,” Danny wrote to the Seattle Times. “One of the students is now a good friend of my wife and they get together almost every week for a walk. When the class had their 55th high school reunion two years ago, I sent them the enclosed letter. I went to the reunion and had a wonderful evening visiting with these former students.”

If that’s not a perfect example of Teacher Appreciation, then we don’t know what is.