Home All News Kids Teen Girls Have Raised Over $1.5 Million for Clean Water Simply By... 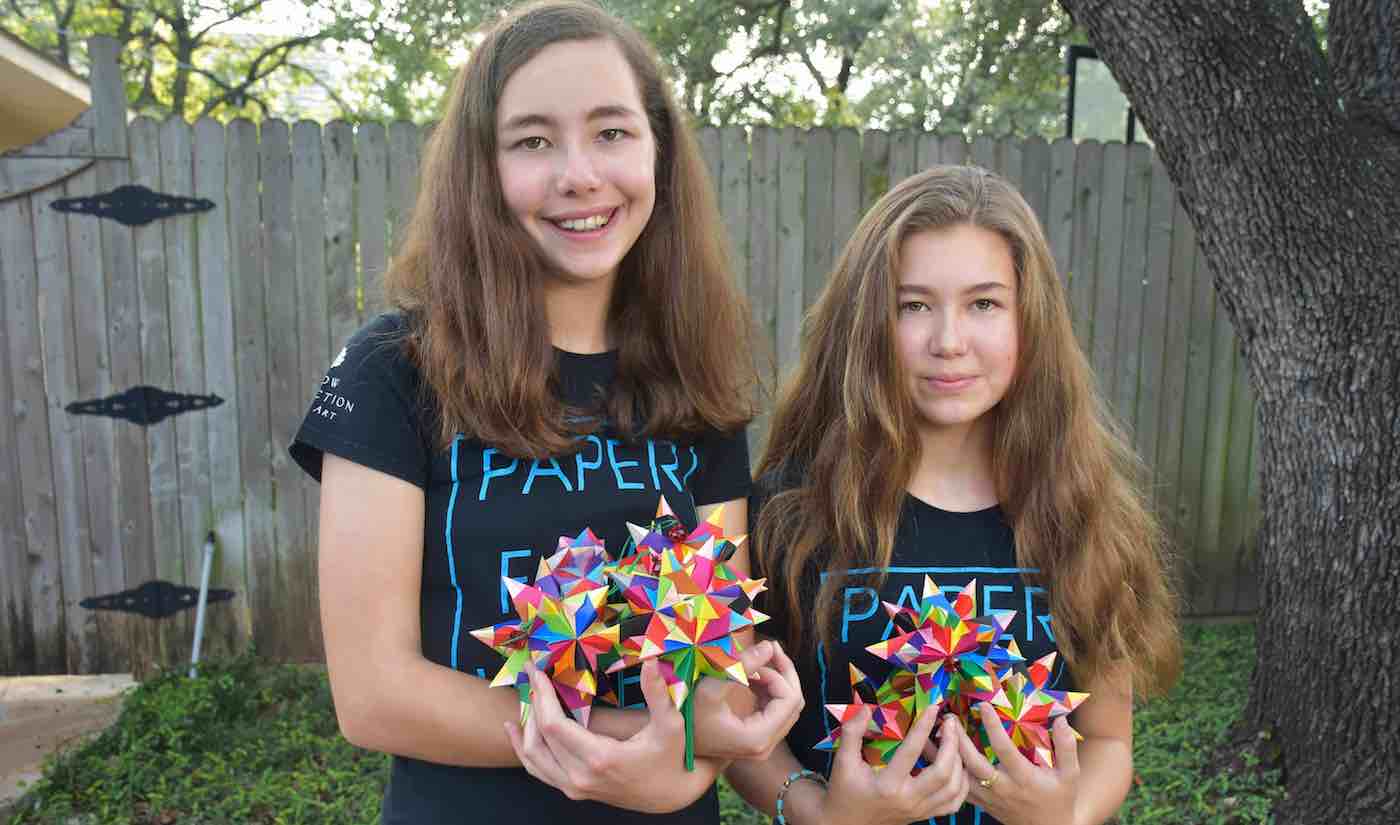 Two teenage girls are responsible for providing clean water to thousands of people simply by pursuing their love of origami.

Isabelle and Katherine Adams are the masterminds behind Paper for Water: a nonprofit dedicated to funding clean water projects around the world by making and selling their paper creations.

The 15- and 12-year-old girls were first inspired to begin their labor of love in 2012 after they learned about how many young women in developing countries are unable to get an education because they are forced to collect clean water every day.

Though origami ornaments may seem like a small way to fight such a worldwide problem, the teen sisters have managed to raise over $1.5 million in water project funding since they launched their nonprofit seven years ago.

Collectively, the money has helped to fund 170 water projects in 17 countries.

As a means of preparing enough origami ornaments to raise money for the initiative, the siblings regularly host origami workshops and paper-folding events around Dallas, Texas.

Additionally, Isabelle and Katherine were recently featured in a NexxGen video that was shown in 300,000 high school junior and senior classrooms earlier this week – which is the equivalent of “6 million to 9 million children being inspired to go out and create positive change,” says the nonprofit.

LOOK: How One Girl Fed Thousands Thanks to an Unusually Large Cabbage

The youngsters are also now working to hit 20,000 YouTube subscribers to they can use the platform’s monetization to raise even more money for water projects.

If you would like to make a donation to the charity or purchase one of the Adams’s origami creations, you can visit the Paper for Water website.

(WATCH the video below) – Photo by Paper for Water