Home All News World She Swam for Her Life to the Greek Coast, Now Syrian Refugee... 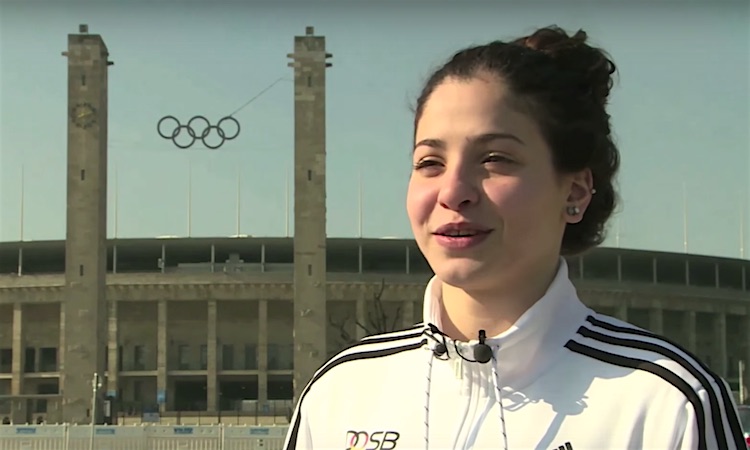 A teen-aged girl who saved the lives of fellow refugees may soon represent them at the 2016 Olympics.

Fleeing Syria last August, Yusra Mardini and her sister, Sarah, boarded a seven-person boat overflowing with 20 refugees. None of the others knew that a world-class swimmer, who’d trained for a decade to compete in the Olympics, was sitting with them.

They’d owe their lives to her — and that training — over the next few hours.

Just 30 minutes into their perilous crossing of the Aegean Sea, the tiny boat’s motor died, and it began taking on water.

Yusra and her sister, the only two people on board who knew how to swim, leaped into the water. The sisters swam for three-and-a-half hours, pushing the boat to shore in Greece and saving everyone aboard.

She still leaps into the water every day for her fellow refugees, but now, it’s into Olympic-sized pools – completing her training to represent them at this summer’s Olympic Games in Rio de Janeiro.

(PHOTOS): They Wanted Her to Undergo Cancer Treatment, But 90-Year-old Hits The Road Instead

The International Olympic Committee (IOC) has created a special team for the 2016 Games. Instead of representing an individual country, it will be made up of refugee athletes from around the world who will compete under the IOC flag.

IOC President Thomas Bach says “Team Refugee Olympic Athletes” will deliver a “message of hope to all refugees of the world.”

Yusra is one of 43 refugees competing for just five to ten spots on the team. The 18-year-old says if she doesn’t make the cut, she’ll keep training for the 2020 Tokyo Olympics.

INSPIRING: Homeless Man Hands Out Resumes Instead of Asking for Cash-and Lands Job

If she does earn a chance to compete this year, Yusra will march into the Rio Games exactly one year after the near disaster on the Aegean Sea that already proved she has the heart of a champion.

(WATCH the video from CCTV News below and READ more at The Guardian) – Photo: CCTV video