Home All News Kids Teen Survives Shot to the Head: “I am tougher than a bullet” 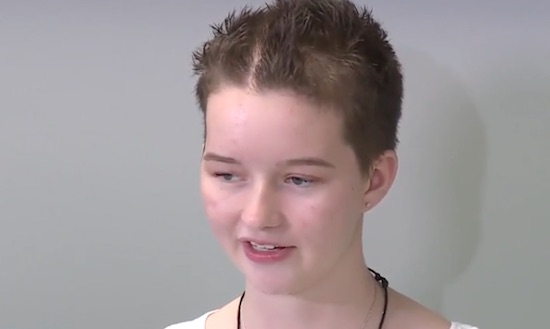 The 14-year-old girl was mugged in February and shot in the head while being robbed.

Deserae was later found by family friends conducting a search party in a dried Creek bed and was taken to the Primary Children’s Hospital in Salt Lake City, Utah.

The teen will have to undergo massive amounts of intensive physical therapy in order to regain certain abilities, however Deserae’s parents, April and Matt, are reportedly just happy that their daughter is alive.