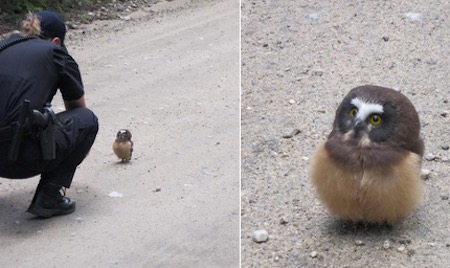 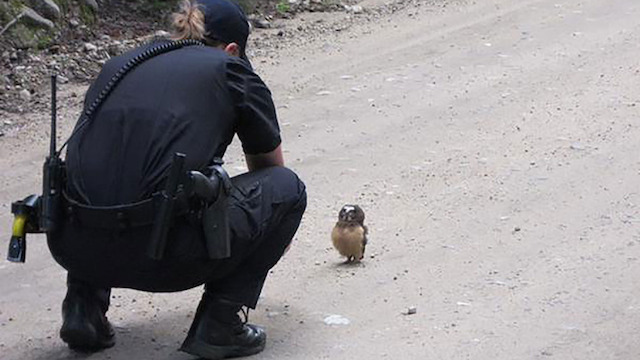 A confrontation of David-and-Goliath proportions ended without incident on Thursday – well, except for going viral on Twitter, after the Boulder County Sheriff’s office tweeted photos of the too-cute standoff between its deputies and a plucky, pint-sized owl.

The deputies had been patrolling near a Colorado campground when they encountered the tiny northern saw-whet owl – standing knee-high to a grasshopper in the middle of the road. Attempts to communicate were met with – what else? – an owlish stare.

Deputies came across this baby. After curious head twisting on both sides, it flew safely away. #DeputiesLoveBabyOwls pic.twitter.com/w5APBgF0Bs

Although Boulder County Sheriff’s Twitter account called the fluffy bird a baby, the Northern Saw-whet Owl is a wee thing at any age, topping out at about eight inches tall when fully grown.

The brief stare-down ended, deputies said, when the little owl just up and flew away.