Home All News Science One Giant Leap for Mankind; Top 10 Scientific Breakthroughs of 2019 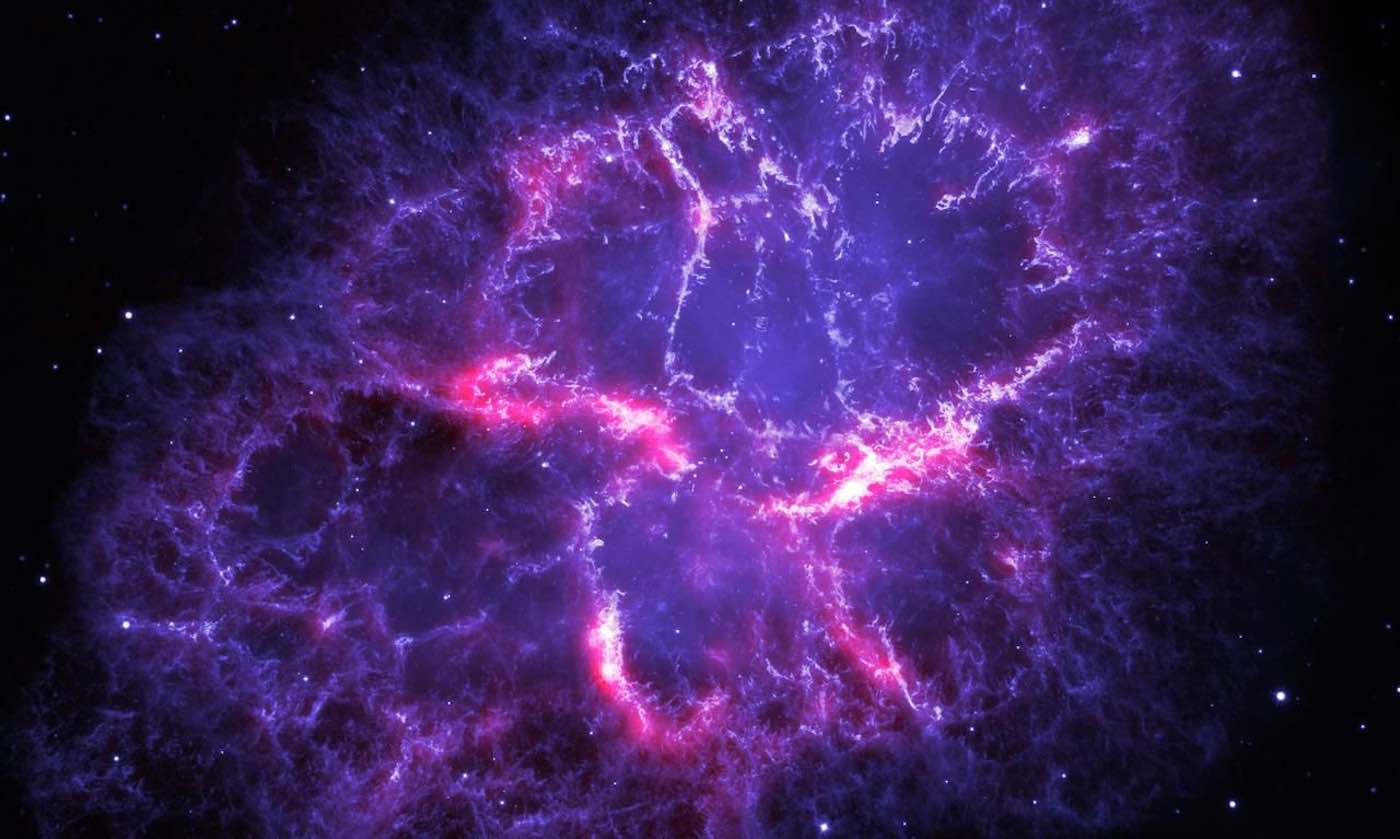 If there is one thing that we’re grateful for as we head into the new decade, it’s that scientists from all over the world have been tirelessly continuing to solve some of the most fascinating mysteries of the universe and toughest problems on Earth.

Not only have researchers made historic strides in uncovering the cosmic nature of black holes, scientists have come up with incredible solutions and strategies for combatting the climate crisis and protecting our own planet.

So without further ado, here are the top ten most fascinating and innovative stories of science from 2019.

This unique origami-inspired solar panel has the potential to turn windows into a source of electricity for any apartment dweller.

For urban residences and buildings, implementing renewable sources of energy can be difficult. Researchers have tried building solar panels out of various materials so they can be placed in front of windows, but this generally leads to a large decrease in natural lighting in exchange for limited energy generation.

Soligami, on the other hand, is a solar panel system that works similarly to shutter blinds so that light can still be allowed to pass through a window. (Read more)

It’s already challenging enough for environmentalists to keep beaches clear of washed up trash and plastic debris—but the most difficult problem lies in cleaning up all of the millions of tiny microplastics that are impossible to pick up and separate from the sand.

Fortunately, a group of Canadian engineering students succeeded in developing a massive new vacuum cleaner called the Hoopla One that can collect microplastics without removing any of the sand from the beach. (Read more)

Back in June, researchers accomplished a groundbreaking new technological feat by developing the first-ever successful mind-controlled robotic arm exhibiting the ability to continuously track and follow a computer cursor controlled by one’s thoughts.

Being able to non-invasively control robotic devices using only thoughts will have broad applications, in particular benefiting the lives of paralyzed patients and those with movement disorders. (Read more)

In September, researchers at the Technion-Israel Institute for Technology published a paper in Nature detailing their success in creating a safe, clean, inexpensive, and ultra-efficient new method of splitting water molecules into oxygen and hydrogen fuel.

The team’s system, which uses their specialized E-TAC technology (electrochemical thermally activated chemical), splits water 30% faster than the traditional method of electrolysis, but doesn’t require rare, expensive earth minerals—and it can be manufactured at a 50% reduced cost. (Read more)

The particular seaweed species, called Asparagopsis, grows prolifically off the Queensland Coast, and was the only seaweed found to have the effect. Even a small amount of the puffy pink seaweed in a cow’s diet was shown to reduce the animal’s gases by 99%.

Associate Professor Nick Paul, who is the leader of the Seaweed Research Group at the University of the Sunshine Coast (USC), said that if Australia could grow enough of the seaweed for every cow in the nation, the country could cut its greenhouse gas emissions by 10%—which is why it is now being primed for mass farming. (Read more) 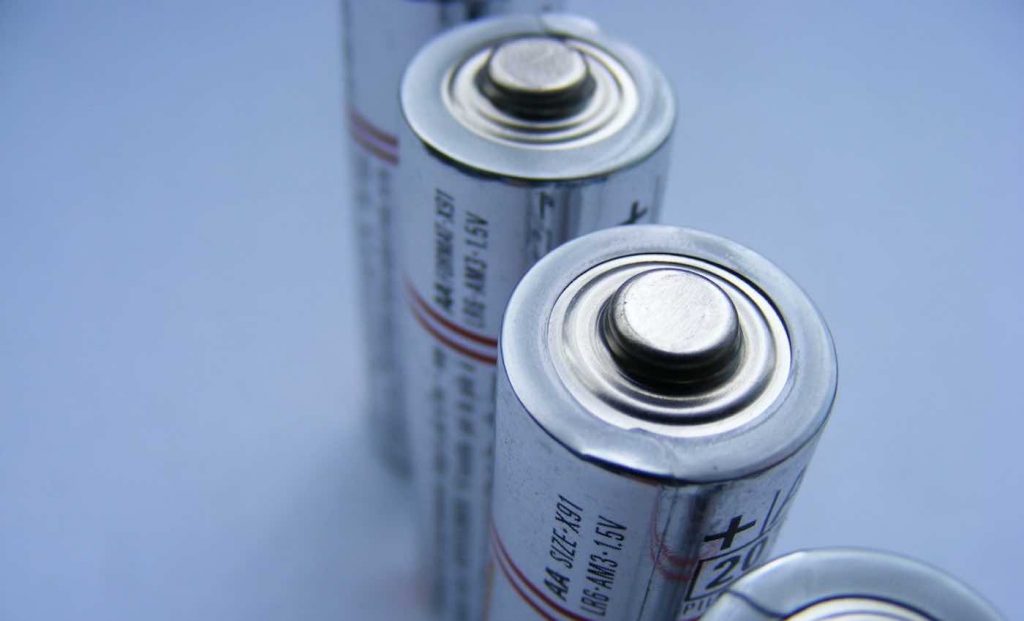 Lithium-carbon dioxide batteries are attractive energy storage systems because they have a specific energy density that is more than seven times greater than commonly used lithium-ion batteries. Until now, however, scientists have not been able to develop a fully rechargeable prototype, despite their potential to store more energy.

4) Robotic Arm Named After Luke Skywalker Enabled Amputee to Touch and Feel Again: ‘It almost put me to tears’

Back in July, researchers from the University of Utah developed a way for the “LUKE Arm” to mimic the way that a human hand feels objects by sending the appropriate signals to the brain.

That means an amputee wearing the prosthetic arm can sense the touch of something soft or hard, accurately understand how to pick it up, and perform delicate tasks that would otherwise be impossible with a standard prosthetic with metal hooks or claws for hands. (Read more)

A team of researchers from Washington State University spent several hours hiking through the Heart Lake Geyser Basin area so they could leave a few electrodes inside of several hot water pools.

One month later later, the team returned to the hot springs to collect the submerged electrodes only to find that they had succeeded in capturing their prey: heat-loving bacteria that “breathe” electricity through the solid carbon surface of the electrodes. (Read more)

2) Rather Than End Up in a Landfill, Non-Recyclable Glass Was Found to Be a Cheaper New Ingredient in Concrete

Back in June, Australian researchers developed an exciting new technique for making concrete out of non-recyclable glass that had been turned back into sand.

More specifically, the team found that ground-up glass could be to make polymer concrete, a material that uses polymers—typically resins—to replace lime-type cement as a binder for roads. Since polymer is a particularly high-strength, water-resistant material, it is also suited for areas with heavy traffic such as service stations and airports.

Now that the team has successfully used the waste as a replacement for the industrial flooring, they believe that the process could open a whole new world for recycling glass that could not be remade into newer glass. (Read more)

1) Not Only Did Scientists Capture First Ever Image of Black Hole, They Also Detected Tone Pattern in Ringing of Newborn Black Hole, Proving Einstein Right Again

There are a lot of clichés that get thrown around when talking about big scientific discoveries. Words like “breakthrough” or “game changing” are often used. They grab people’s attention, but it’s fairly rare that they apply.

The announcement of the first image ever taken of a black hole back in April, however, truly rose up to that standard.

Only months later in September, scientists confirmed Albert Einstein’s theory of general relativity after they studied the ringing of an infant black hole, and found that the pattern of this ringing does, in fact, predict the black hole’s mass and spin.