Home All News Business As Only US Airline to Use Biofuel on Regular Basis, All United... 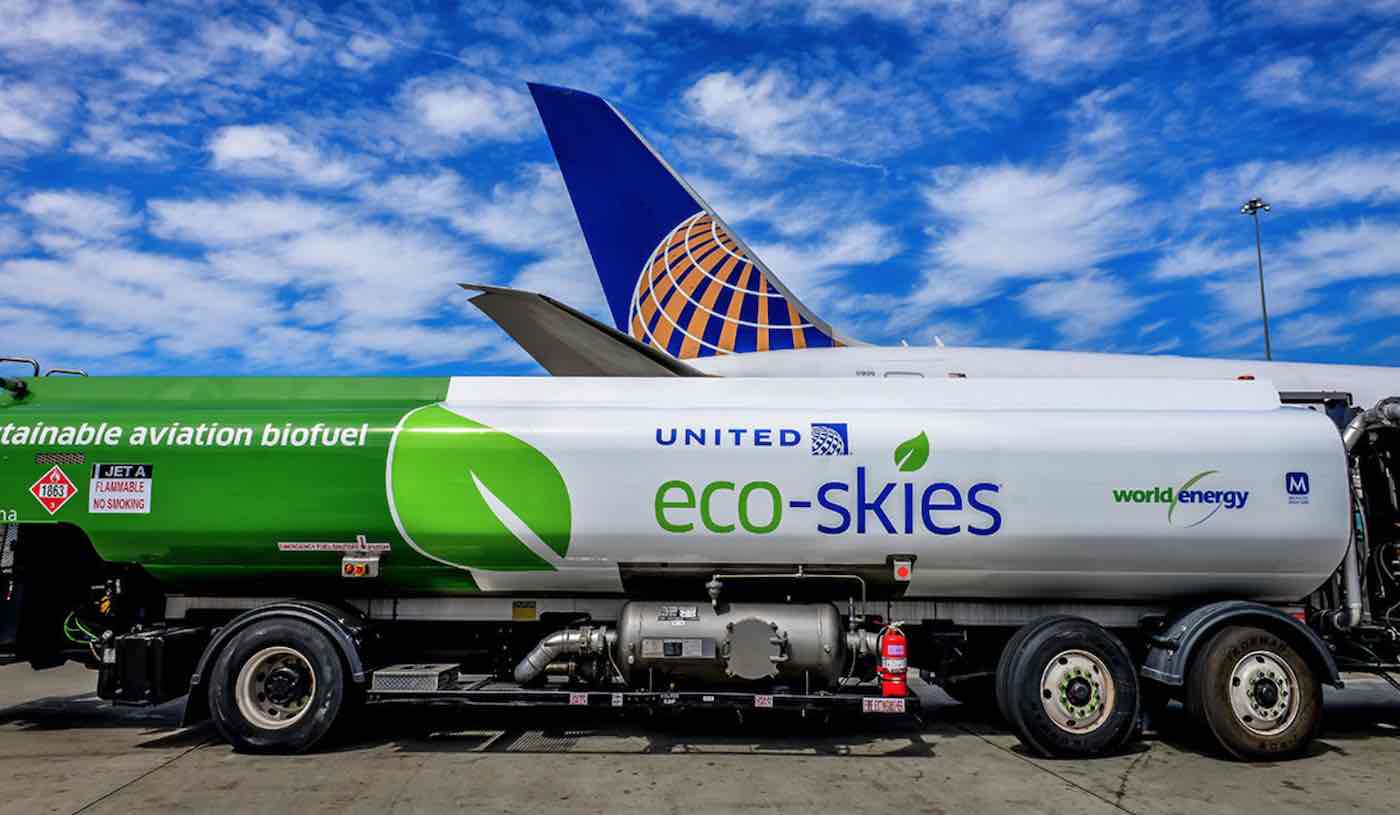 Last month, United Airlines strengthened their commitment to being “the world’s most environmentally conscious airline by agreeing to purchase up to 10 million gallons of cost-competitive, commercial-scale, sustainable aviation biofuel over the next two years.

The biofuel, which the airline currently uses to help sustainably power every flight departing out of their Los Angeles Airport hub, achieves more than a 60% reduction in greenhouse gas emissions on a lifecycle basis.

The contract extension with Boston-based biofuel producer World Energy follows the airline’s original purchase agreement from 2013, which helped the company make history in 2016 as the first airline in the world to use sustainable aviation biofuel on a continuous basis. United is still currently the only U.S. airline to use biofuel in our regular operations.

World Energy’s biofuel is made from agricultural waste and has received sustainability certification from the Roundtable on Sustainable Biomaterials. Recently announced, World Energy will invest $350 million to fully convert its Paramount, California facility to renewable diesel and sustainable aviation jet fuel, bringing its total capacity to 300 million gallons of production annually at that location, one of the company’s six low-carbon fuel manufacturing plants.

The contract renewal with World Energy will further assist United in achieving their commitment to reducing their greenhouse gas emissions by 50% by 2050. Their pledge to reduce emissions by 50% relative to 2005 represents the equivalent of removing 4.5 million vehicles from the road, or the total number of cars in New York City and Los Angeles combined. Furthermore, United’s biofuel supply agreements represent more than 50% of the commercial aviation industry’s total agreements for sustainable aviation biofuel.

In addition to their purchase agreement with World Energy, United has invested more than $30 million in California-based sustainable fuel developer Fulcrum BioEnergy. According to the airline, the investment remains the single largest investment by any airline globally in sustainable fuels, and their agreement to purchase nearly 1 billion gallons from Fulcrum BioEnergy is also the largest offtake agreement for biofuel in the airline industry.

LOOK: When Mother Runs Out of Formula for Crying Infant, Flight Attendant Offers Up Her Own Breast Milk

“Investing in sustainable aviation biofuel is one of the most effective measures a commercial airline can take to reduce its impact on the environment,” said Scott Kirby, United’s president. “As leaders in this space, United and World Energy are setting an example for the industry on how innovators can work together to bring our customers, colleagues and communities toward a more sustainable future.”