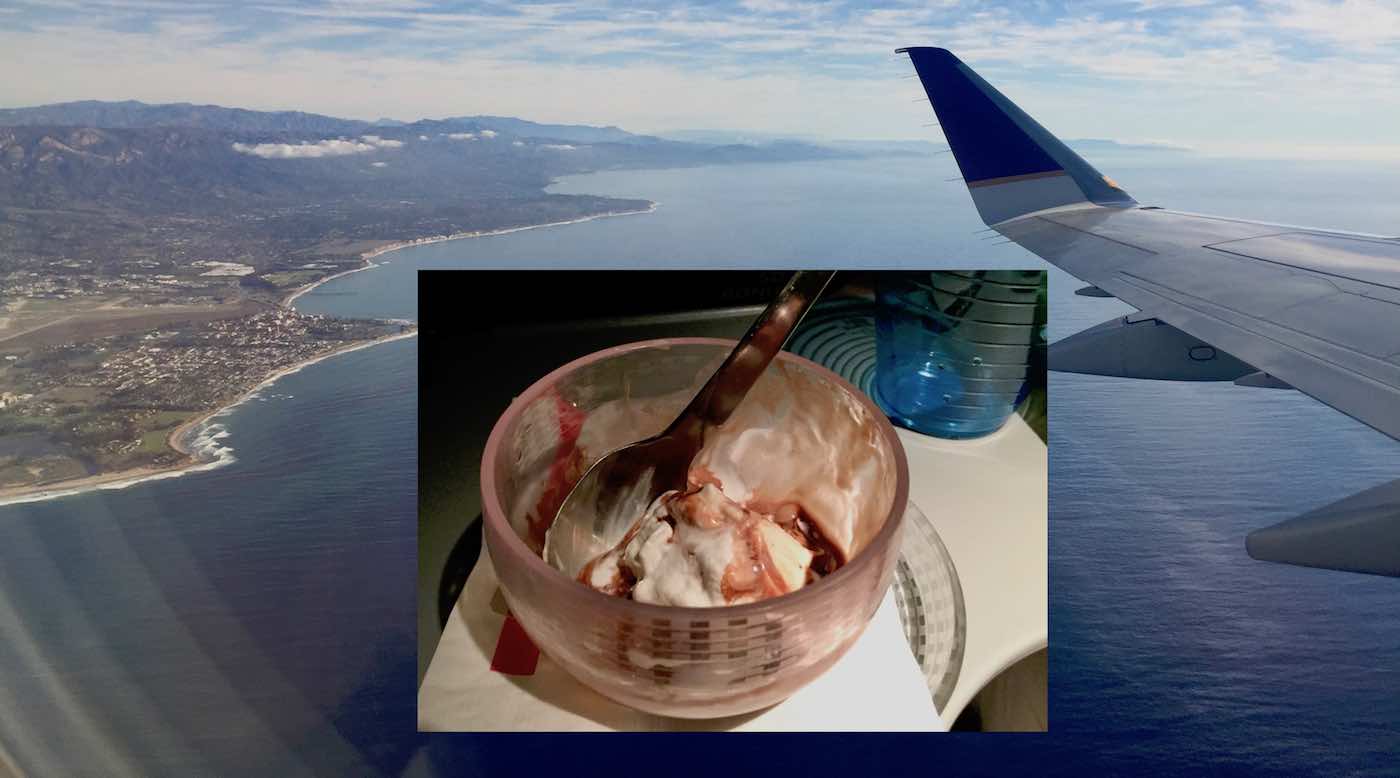 So many millions of people travel for the holidays that there are bound to be mishaps—and some of you may be expecting the worst when you head to the airport.

Yet, so many folks are in such a jolly mood, you are just as likely to be blessed by a ‘travel angel,’ someone who is eager to assist or offer you something that makes you break out in the biggest smile.

On my trip back to Virginia last week, I saw a stranger offer her lotion to a toddler who likes to rub it on her tummy. I was pointed in the right direction toward the gate by someone who heard me asking myself out loud, ‘where is number four?’ Most impressive, was the treatment I received on United Air flight 653 to Dulles airport.

Four or five years ago, my husband would dread flying United due to their constant flight delays and over-booking, but, apparently, changes are in the air.

A month ago, United launched some heartwarming videos on social media documenting a few ways that the airline had helped passengers in need. One featured a woman who had lost her laptop and frantically needed it for a presentation the next day. As Editor-in-Chief at Good News Network, I thought about sharing them, but reconsidered for various reasons (not the least of which was imagining commenters on Facebook loudly griping about the many ways United had failed them, which would require heavy moderation to keep our community a positive place).

However, when I experienced an afternoon flight that was on-time, with stellar service in the air for myself, I decided to share my story, and ask others what kind of travel angels they were running into this week. 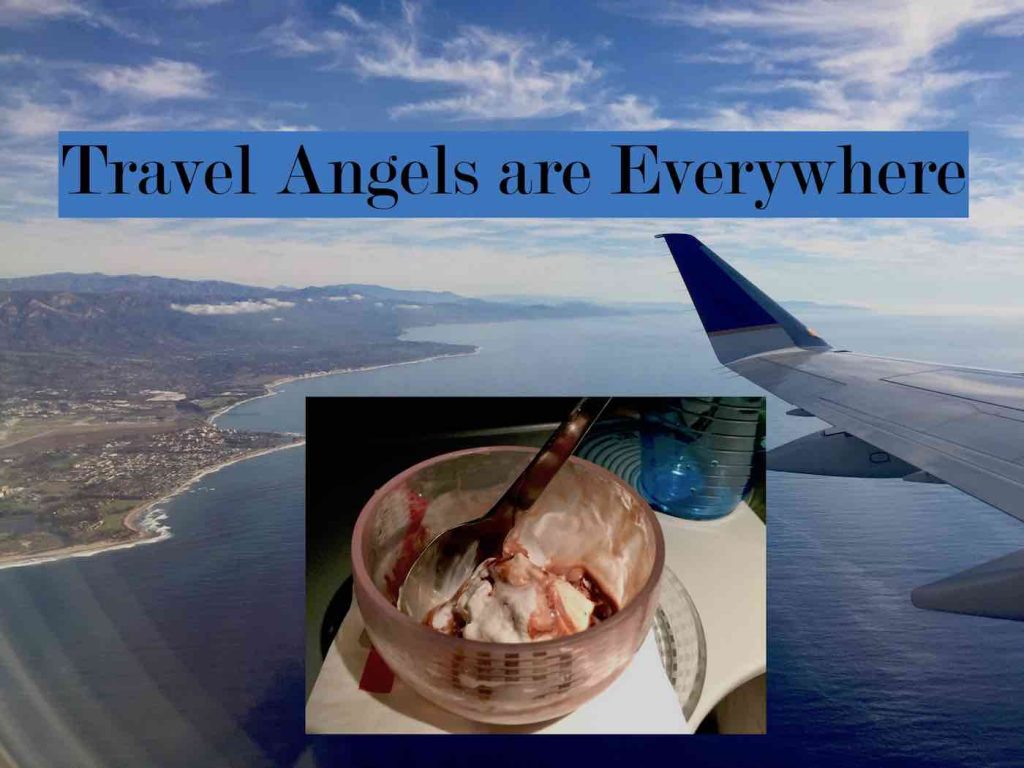 The first angel of kindness arrived when I ordered 2 mini bottles of scotch to drink on the long cross-country flight, and the woman with the drink cart said, ‘2 for 1’, and only charged me for one.

The second angel showed up after none of the electrical outlets in our seat row were working. I became frustrated after paying for 5 hours of wifi, to only get a chance to use 2.5 of those because my laptop had run out of battery life so quickly. I walked to the back galley to see what could be done. The flight attendant immediately took out his phone and, needing only my seat number, offered me a $75 flight voucher or 3750 free miles on my frequent flyer account.

I commented, “You guys are upping your game at United,” and he told me, “They’re giving us more tools” to keep people happy.

RELATED: JetBlue is Delivering Gift-Wrapped People to Their Loved Ones for Christmas

Happy enough with that consolation, I asked if he could warm up a ham and cheese croissant that was leftover from an earlier lunch. He said he had no way to do that, but another flight attendant from First Class had arrived just then and said he could do it in the other galley. I touched his shoulder to spin him around to take note of his name badge so I could thank him properly. The thought of melted cheese at that moment revised my spirit.

Miguel whisked away my sandwich and another flight attendant later brought it to my seat, warm and flakey. Ten minutes later, however, she showed up again with a surprise, saying, ‘This is from Miguel.’

It was a little glass bowl sitting on a glass saucer with a silverware spoon. Inside was a scoop of  the most delicious frozen ice cream, with chocolate sauce and whipped cream on top! 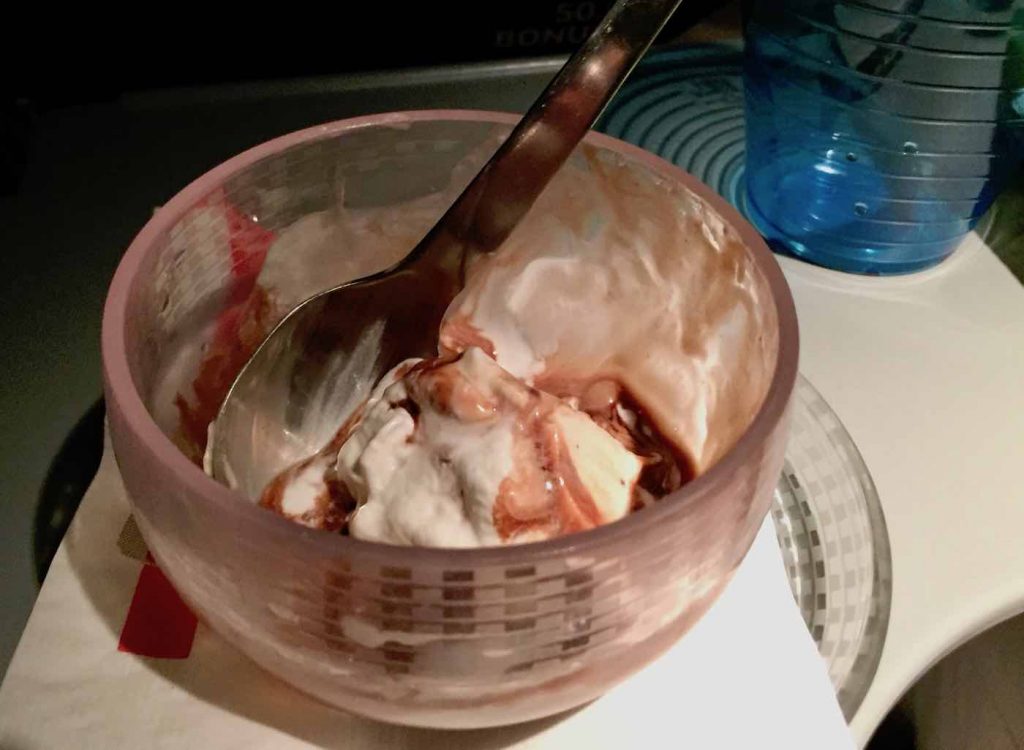 I sat there just beaming. I was incredulous that this had just happened on an airplane—IN COACH. This wasn’t Virgin, or Swiss Air, or Southwest. This was United.

Apparently, The Friendly Skies is no longer just a slogan. Thank you to all the wonderful workers on this Tuesday flight from LAX.

I would love to hear your stories about any ‘travel angels’ who floated into your life wearing a holiday halo—so please share in the comments!

SHARE the Expectation of Having Good Things Happen—on Social Media