Home All News USA Volunteers Give Away 1,500 Christmas Trees, Set Up Dozens More For Homeless 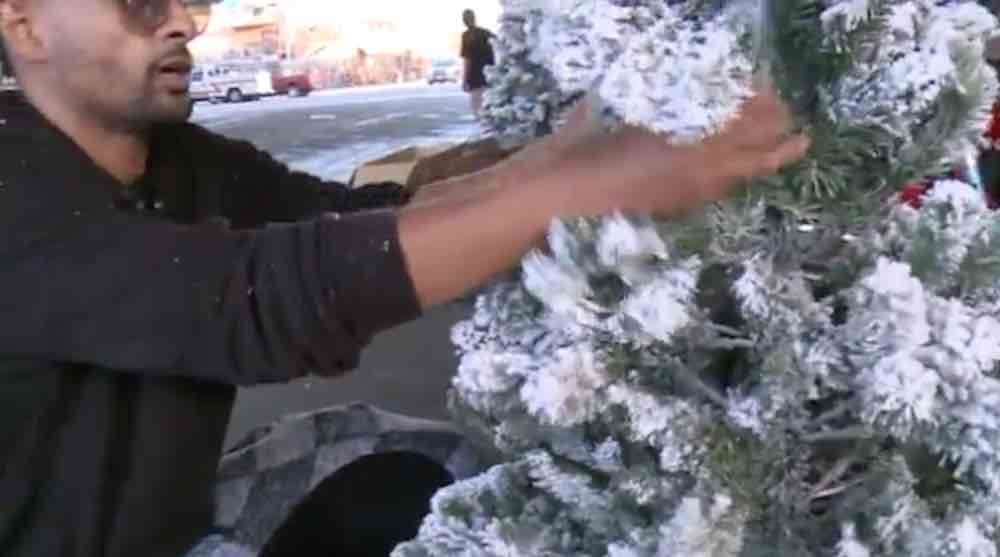 This team of friends are spending their Christmas season decking the halls of Hurricane Harvey victims and the city’s homeless.

PJ Simiens and his buddies took on the role of Santa’s little helpers last Sunday when they passed out over 1,000 artificial Christmas trees to families in Houston, Texas.

The trees, which were donated by the King of Christmas retail company, did not just bring holiday cheer to hurricane-affected residents, either. Even after Simiens and his friends passed out the majority of fake firs, there was still a few leftover in the delivery truck.

The volunteers then took the trees down to the Boys and Girls Club, Big Brothers Big Sister, and Habitat for Humanity. They also took a few down to the small community of homeless individuals who are currently living in tents by Minute Maid Park.

“They can look around and have a smile for Christmas. After the mess that Harvey left when we came back, all the mildew and stuff – now to look around and see all these Christmas trees near the tents – it’s a beautiful thing,” homeless resident Dustin Jones said in the KIAH video below.