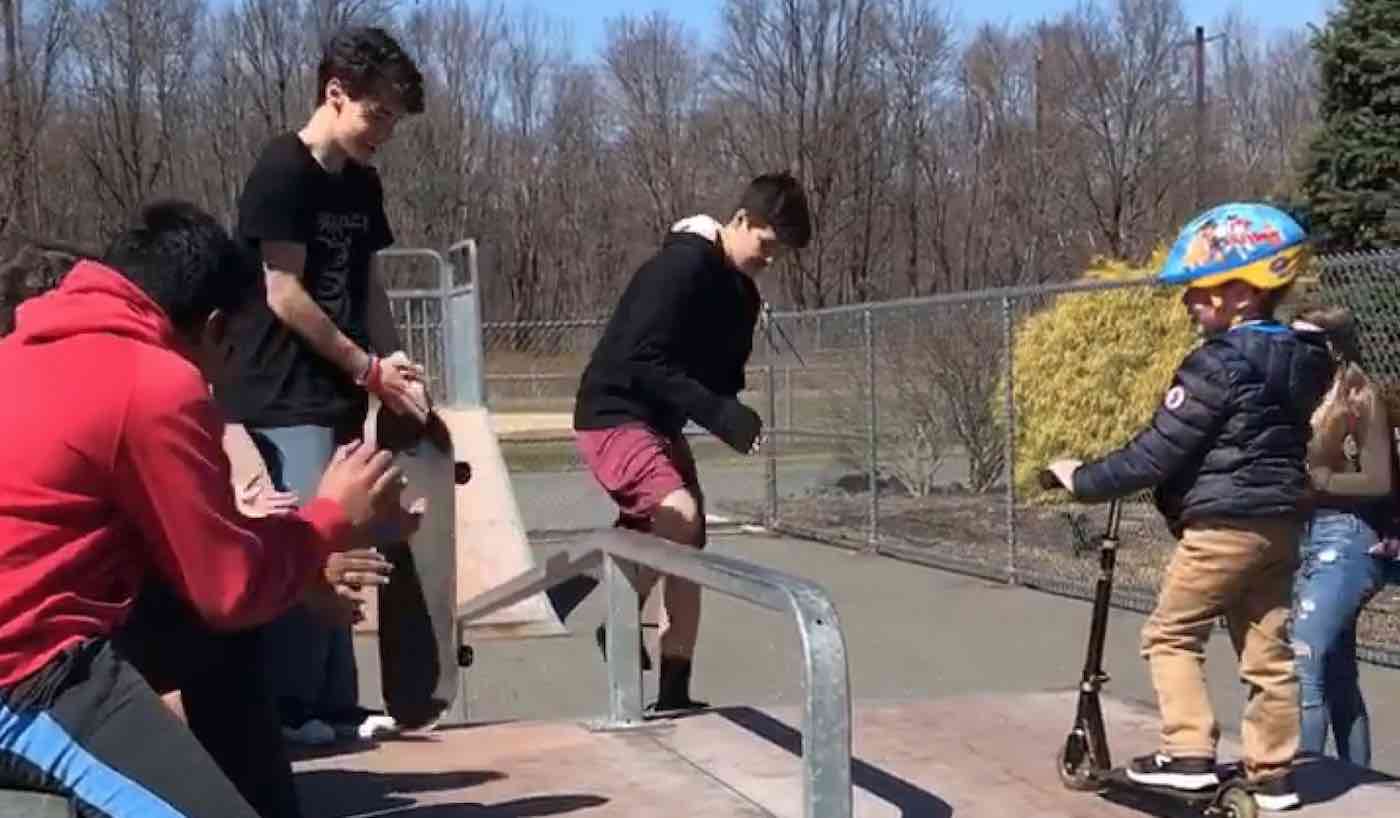 Social media users are falling in love with a group of kids who went above and beyond to make a 5-year-old boy feel welcomed at the skate park for his birthday.

Since Carter Braconi has autism and ADHD, he has trouble interacting with other kids. He had been riding his scooter around the South Brunswick Skate Park in New Jersey last weekend when he was joined by a group of young skateboarders.

After the kids arrived, Carter became anxious and shy – but then, he was befriended by a 13-year-old boy named Gavin.

LOOK: 13-Year-old Boy Traded His Xbox and Did Yard Work So He Could Buy His Mom a Car

Initially, Gavin started chatting to Carter so he could give him some tips on how to safely roll down the skate ramps without falling. He then started teaching the boy how to use a skateboard. Shortly after that, the youngsters were all chatting and laughing with Carter like they were old friends.

Upon hearing that it was Carter’s birthday, the teens got together and started singing happy birthday. One of the other kids even gave a mini skateboard to Carter as a birthday gift.

Carter’s mother, Kristen Braconi, says that she was so moved by the kindness of the skaters, she posted several videos of their interactions to a local Facebook group, praising them for their actions.

“They were absolutely amazing with him and included him and were so beyond kind, it brought me to tears,” wrote Braconi. “I can’t even begin to thank these kids for being so kind and showing him how wonderful people can be to complete strangers.

“I bought them all ice cream to say thank you, but it wasn’t enough!” she added. “Thank you to whoever these children are and thank you to their parents because you are doing a wonderful job!!!”

The videos were shared thousands of times until they eventually caught the eye of local news outlets and police officers.

LOOKING TO FIND SOME SUPERHEROES - On Tuesday some older kids turned into superheroes right behind police headquarters.

Here is the story - A mom took her son to the South Brunswick Skate Park for his 5th birthday. He has high functioning autism and ADHD. pic.twitter.com/DLITBsQz9m

Upon confirming the identities of the youngsters, the police department gave them honorary coins in recognition of their compassion.

Braconi also says that she has arranged to host a pizza party for the teens as a means of properly thanking them for making her son feel included.

(WATCH the heartwarming footage below)