Home All News USA Wells Fargo to Donate $1 Billion to Affordable Housing and Homelessness Across... 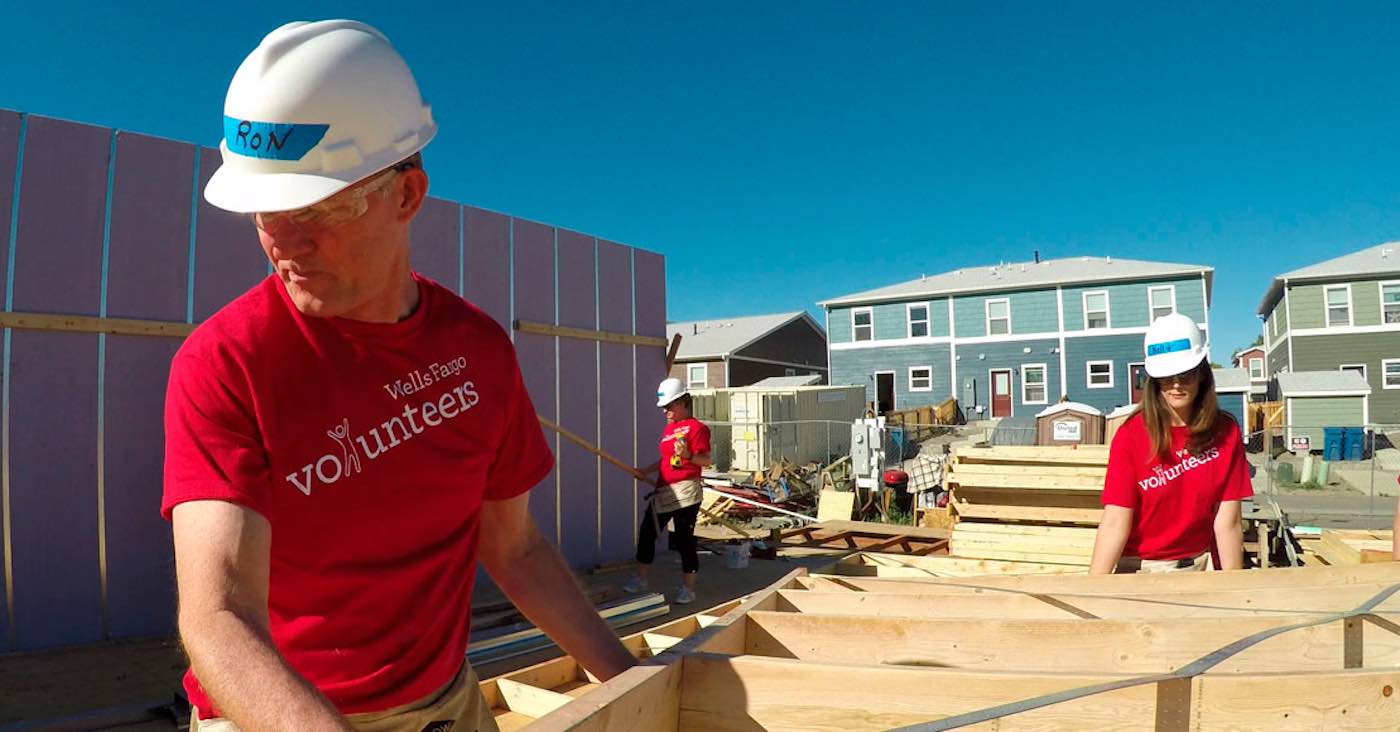 In June, Wells Fargo announced a new philanthropic strategy that will address the key issues of housing affordability and small business revitalization with one billion dollars in grants and support.

The bank that serves one in three households in the United States said it is committing $1 billion over the next six years to support nonprofits and private entities that demonstrate ability to create positive outcomes in homelessness, available and affordable rentals, transitional housing and home ownership.

Last year, the Wells Fargo Foundation donated $444 million to more than 11,000 nonprofits to help address economic and social needs in underserved communities—and yesterday it announced $9 million in grants to more than 60 nonprofits, such as Habitat For Humanity and Covenant House, in support of housing affordability solutions. (See the full list below)

Bringing more than 30 years of experience in public and private philanthropy, Brandee McHale stepped in to take over the helm at the Foundation in August, after being the head of Corporate Citizenship at Citigroup. and president of the Citi Foundation, and previously working at the Ford Foundation.

To address challenges in construction, financing, and support services for low- and moderate-income families, the elderly and the homeless, Wells Fargo hopes to ease the cost burden for housing across the country, “from Alaska to Florida.”

“We have a unique opportunity to work together with nonprofits to make an even greater impact,” said Eileen Fitzgerald, head of housing affordability philanthropy with the Wells Fargo Foundation.

The $9 million in grants this week are “a key component” of the recently announced Wells Fargo philanthropy strategy to address the housing affordability crisis over the next six years.

This housing-and-neighborhoods-first strategy may help the nation’s fourth largest bank turn around its reputation after a 2016 scandal involving setting up fake customer accounts, and other controversies.

MORE: In ‘Massive Boost’ to Climate Goals, Banks Responsible for $47 Trillion in Assets Are Committing to Saving the Earth

The Recent 2019 Grant Recipients Include: