Home All News Celebrities When Girl Can’t Attend Katy Perry Concert Because of Brain Surgery, the... 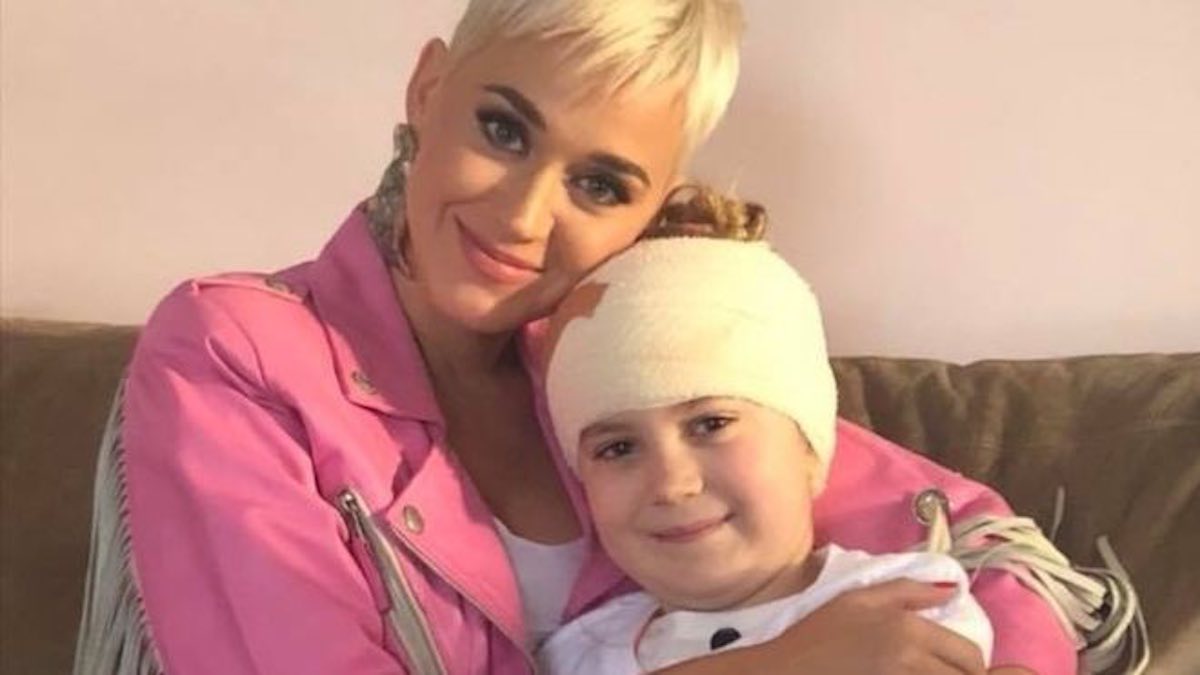 RETWEET PLEASE! my baby sister is meant to attend @katyperry concert in Adelaide this year but was diagnosed with a 6cm Brain tumour and has been battling all year, grace has love been Katy’s biggest fan since she was 3, please help us try and get in contact with @katyperry xx pic.twitter.com/5C9Xuccmu4

Grace Moores has been one of Katy Perry’s biggest fans since she was only 3 years old – so when she had to miss seeing the pop star in concert due to brain surgery, she was heartbroken.

Luckily, she has an adoring older sister who gave her something ten times better.

8-year-old Grace was supposed to see Katy Perry perform in Adelaide, Australia last week. Her hopes were dashed, however, when doctors found a 6 centimeter tumor in her head back in April.

So instead of getting to see her favorite musician, she was scheduled to undergo brain surgery to have the tumor removed.

Her 16-year-old sister Tianna then made a post on Twitter asking social media users to help get the pop star to visit Grace. It was retweeted over 20,000 times before Perry’s team got in touch with the Moores family saying that Perry wanted to stop by the youngster’s house.

Grace’s family kept the visit a secret until – on the day of the concert – Perry showed up at the Moores’ house.

LOOK: Girl Takes Cardboard Cutout of Danny DeVito to Prom – and Then He Returns the Favor

“Katy came to the house in her big cars and it was really incredible, Grace was so shocked. She was just in awe the whole time and just speechless,” Tianna told BBC’s Newsbeat. “[Katy] said ‘Hi’ to everyone and she was just instantly trying to hang out with Grace, and asked Grace to show her around the house.”

With the help of the musician’s two guitarists, Perry and Grace sang three of the youngster’s favorite songs. Perry gave the family autographs, took pictures with the kids, and even posted a photo of Grace in one of the new concert teeshirts to her 71 million Instagram followers.

Needless to say, it was probably one of the best days of the little girl’s life.

(WATCH some footage of the encounter below)

MY FRIEND HAD @KATYPERRY COME TO HER HOUSE FOR HER BEAUTIFUL SISTER!

Grace was diagnosed with a brain tumour & is now going through rehab, This honestly melts my heart. pic.twitter.com/lieE9VF0VP