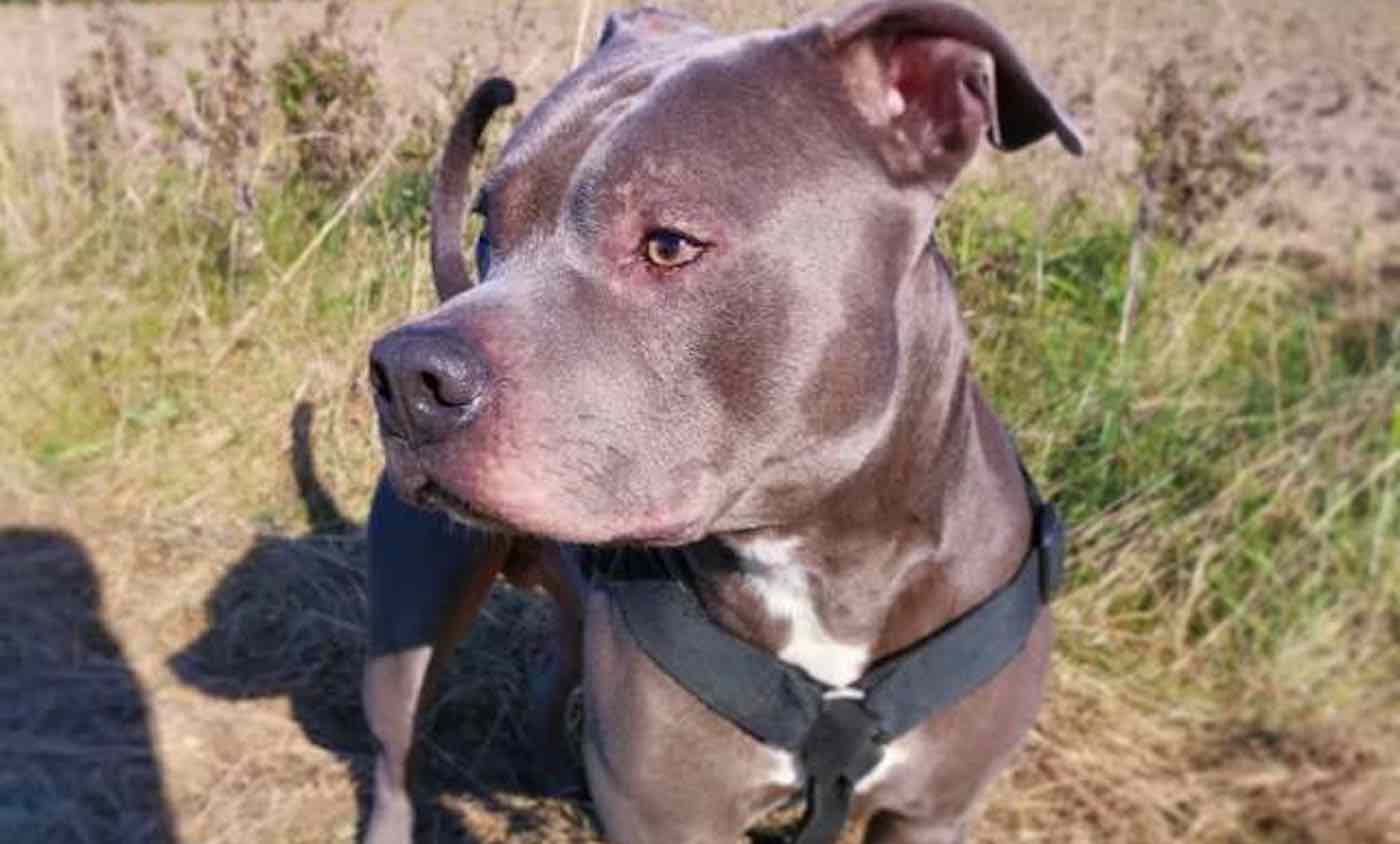 This attentive pit bull is a perfect example of why you should never judge a book by its cover.

Simba lives with his owner Arjanit Mehana in an apartment building in Sweden. Despite how Simba has always been a sweet pup, the neighbors in their building have negatively judged him for being a pit bull.

One elderly woman who lived on the floor below Mehana and Simba always took particular care to avoid the pup and shun his advances.

“He always tried to greet her, but she called him mean and looked at him with fear,” Mehana told The Dodo. “She never liked him because he was a ‘bad’ breed.”

Her attitudes changed, however, after Simba saved her life.

Mehana and Simba had recently been returning to their apartment from a walk when the pup suddenly started barking and pawing at the elderly woman’s door—and he refused to leave.

As Mehana pulled on Simba’s leash in bewilderment, he heard a faint voice calling for help from inside.

The elderly neighbor had fallen and broken her hip. For two days, she had been stuck on the floor without any way of calling for help.

WATCH: Kangaroo Has Been Hugging Her Rescuers Almost Every Day Since They Saved Her As an Orphan

Mehana then called medical services and waited with her until an ambulance arrived—and she was sure to thank her rescuers for their intervention.

“She said, ‘Thank you for hearing me.’ I thought she was talking to me at first,” Mehana recalled. “But then she said, ‘No, not you—the nice doggie.’”

Suffice it to say that the woman has had a change of heart towards her new canine friend. Mehana also now hopes that Simba’s story will help other people to reconsider their views on pit bulls as well.