Home All News Animals Woman Who Visited and Fed Chained-Up Dog for a Year Finally Gets... 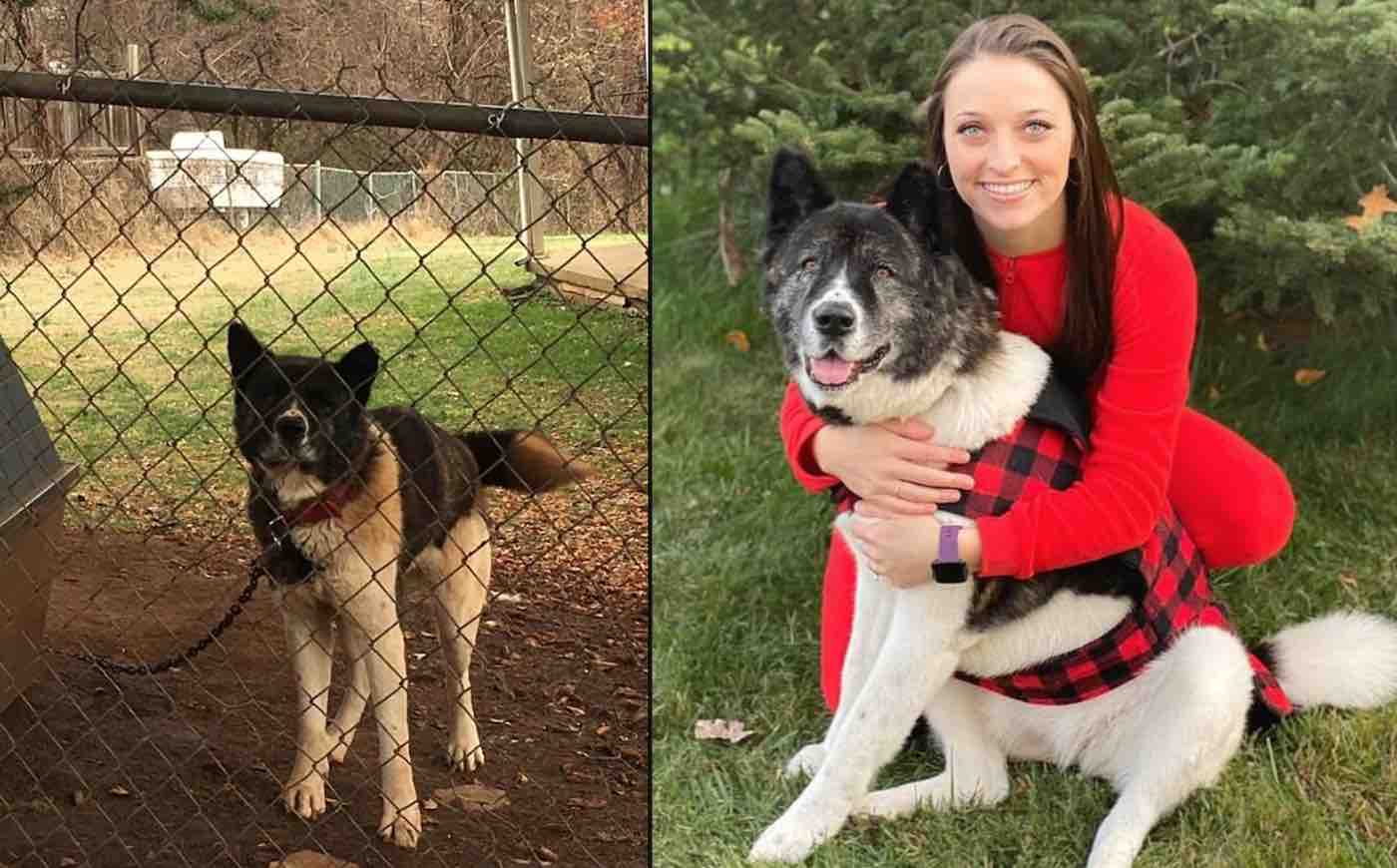 It has been over a year since Laura Seymour first fell in love with a neglected neighborhood dog who was always chained up to a doghouse—and now, they have become virtually inseparable.

After Seymour summoned the courage to approach the akita and introduce herself last year, she was surprised to discover that the pup was extremely friendly and well-behaved. However, she was also heartbroken to see that the dog did not have food or water in its bowl.

Seymour began stopping by the pup’s doghouse three times a week so she could fill up its food and water bowls. She also began calling the pup Takia.

When she could no longer stand to see Takia left out in the doghouse every day and night, she called animal control. To her dismay, the officers called her back later the very same day and informed her that as long as Takia had food, water, and a doghouse, then she was not necessarily being neglected.

RELATED: When Young Men Write Letter to Neighbor Asking to Play With Their Pup, They Get Letter Back From the Dog

Regardless, Seymour continued to take care of Takia for a full year through rain and snow, although she had given up on ever trying to rescue the friendly pup from the neighbor’s ownership—at least until she introduced Takia to her mother.

Since Seymour had already been worried about Takia surviving through the heat of summer, her mother encouraged her to phone animal control one more time.

The very next day, Seymour received a call from animal control officers informing her that Takia’s owner had been forced to surrender the pup. Not only that, they were looking for someone to adopt Takia—and Seymour was delighted to volunteer.

Since adopting Takia into her home, Seymour says that the 5-year-old akita is now a “changed dog” who delights in sleeping on her bed every night and roaming around Seymour’s property in Virginia.

“There’s just something about her, I got super lucky, I really did,” Seymour told The Dodo Soulmates in the video below. “It’s like, 100 per cent she is so appreciative of everything.”

A neighbor of Takia’s former owner recently commented on the video and praised Seymour for rescuing the lucky pup.

“I am so glad [Seymour] got her!” wrote the neighbor. “I live next door and we also fed her and called animal control and they would tell us the same thing about the house. My husband would bring her food and water and my sister-in-law across the street would too. So animal control must have thought the owner was, but they never did.”