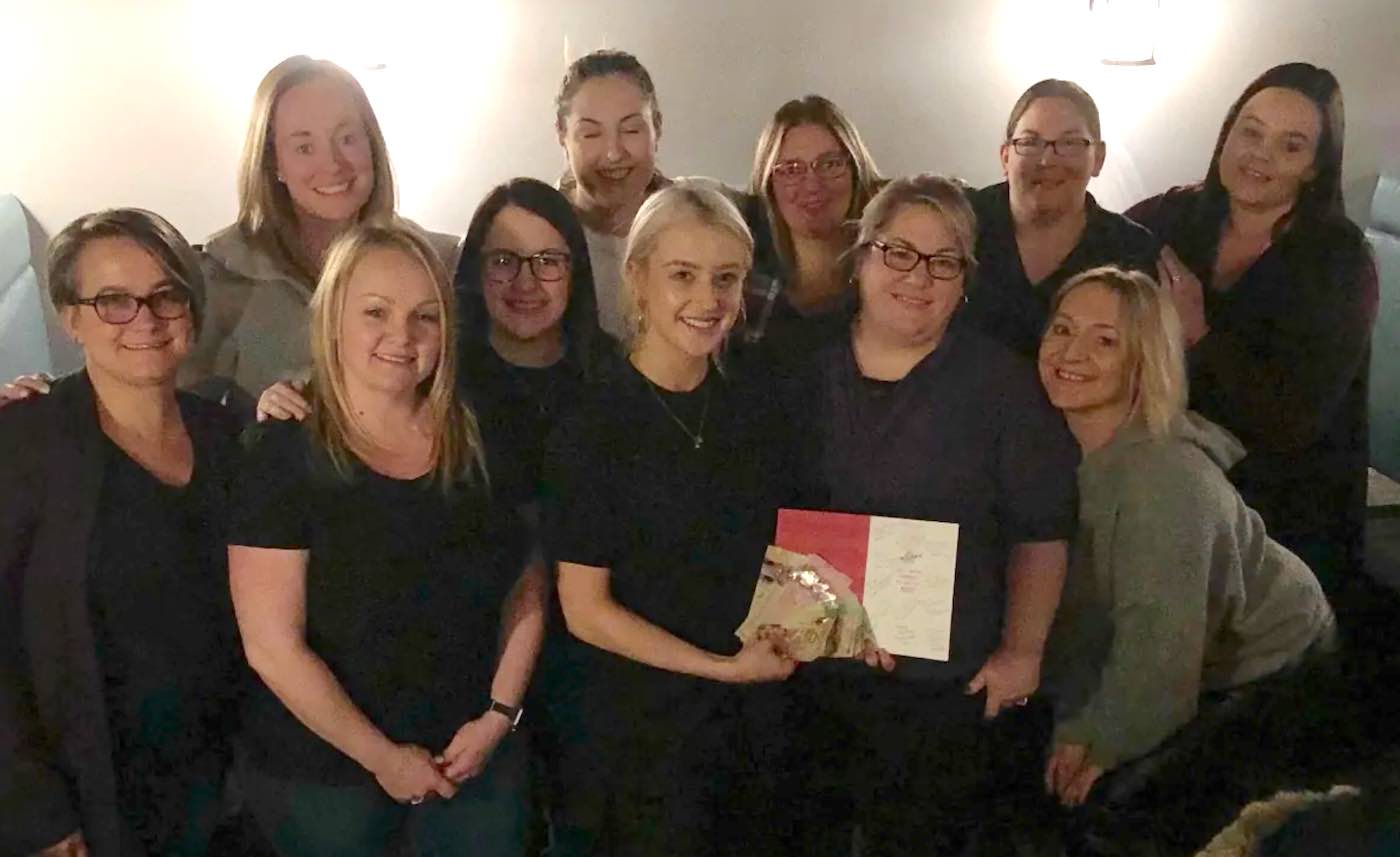 A Canadian waitress was shocked to be given a greeting card filled with cash by a complete group of strangers last week—all because she had been working hard.

Brenegan McNulty, who is a server at Yellowknife’s Nova Hotel restaurant in the Northwest Territories, says that her weekend shift had gotten off to a frantic start since they were a little short-staffed for the evening.

When a group of ten women entered the restaurant looking for a table, however, McNulty was still ready to serve them with a smile.

As she catered to the table, McNulty assumed that the women were celebrating a birthday since they had been passing around a card for all of them to sign.

To her shock, the women finished signing the card only to hand it over to her. Furthermore, she opened up the card and found that it contained $1,100 in cash.

When McNulty asked them why they had surprised her with such a generous gift, they simply said that they had selected her as a random server for a random restaurant.

“They wanted to do something nice for someone who was working hard during the holiday season,” she recalled to CBC. “That’s something you hear about happening on The Ellen Show, you know, not here in Yellowknife.”

Since McNulty works two jobs to support her 1-year-old son, she says the gift is a much-appreciated financial windfall for the new year.

“[It] could go toward a new stroller for him, groceries, [or] saving for rent for my own place, hopefully in the New Year,” McNulty told the news outlet. “[Despite working seven days a week,] going to work and having something great like this happen makes it all worth it. I felt like I won some sort of lottery. I don’t know how I got so lucky.”