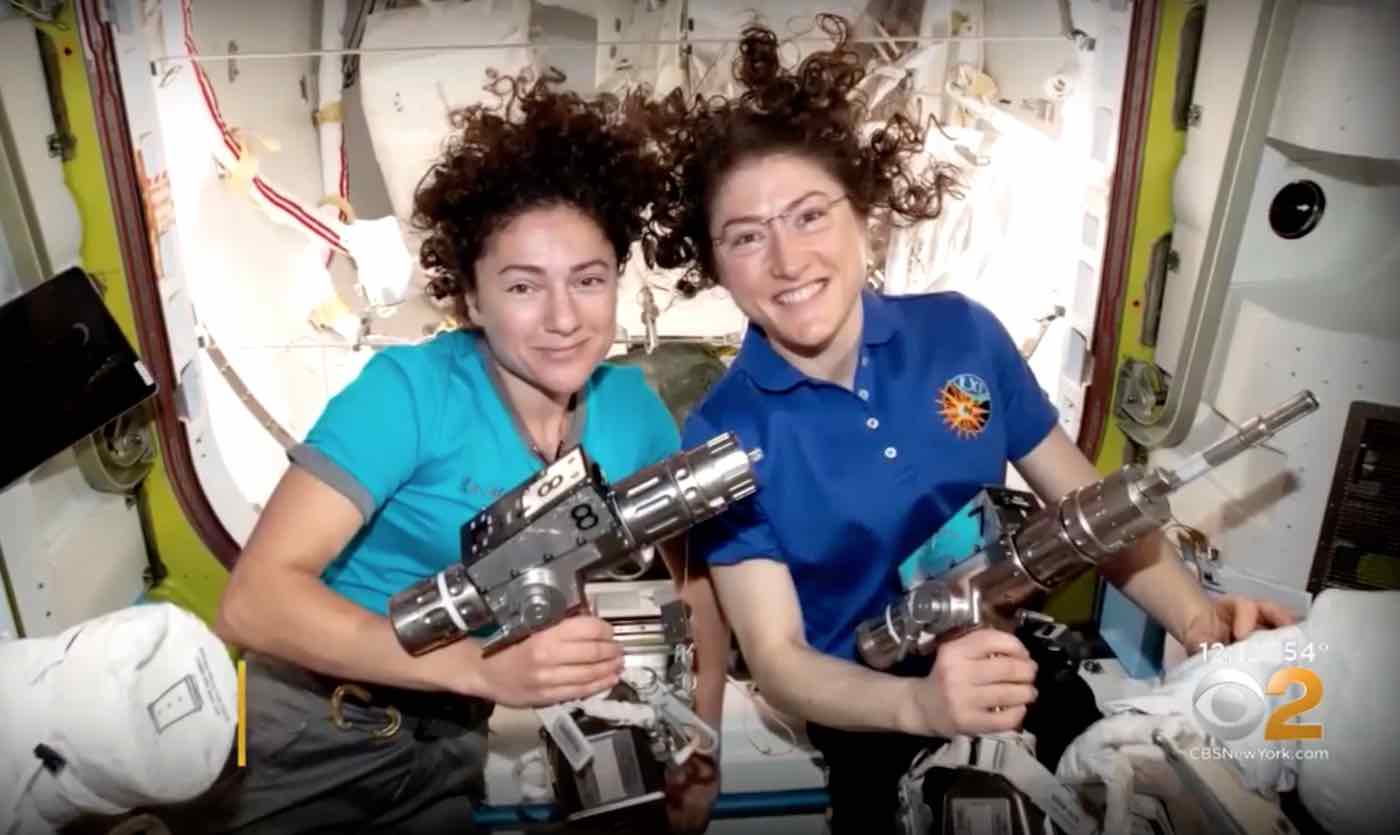 Humans have been walking out in space for half a century—but this historic mission marked the first time that women have embarked on a spacewalk without the assistance of a male crewmate.

NASA astronauts Christina Koch and Jessica Meir were the two women behind the world’s first all-female spacewalk crew after they headed out into space to repair a broken battery charger on the ISS’s power network this week.

“We have the right people doing the right job at the right time,” said NASA Administrator Jim Bridenstine as he watched the mission unfold from the NASA headquarters in Washington DC. “They are an inspiration to people all over the world including me. And we’re very excited to get this mission underway.”

MORE: Simone Biles Breaks Record for Most World Medals Won By Any Gymnast, With New Move That Now Bears Her Name

The world’s first all-female spacewalk was originally scheduled to take place back in March, although NASA was forced to replace one of the female crewmates after they found that they only had one medium-sized spacesuit for the team.

“We’ve got qualified women running the control, running space centers, commanding the station, commanding spaceships and doing spacewalks,” Sullivan told The Associated Press. “And golly, gee whiz, every now and then there’s more than one woman in the same place.”