Home All News Sports Simone Biles Breaks Record for Most World Medals Won By Any Gymnast,... 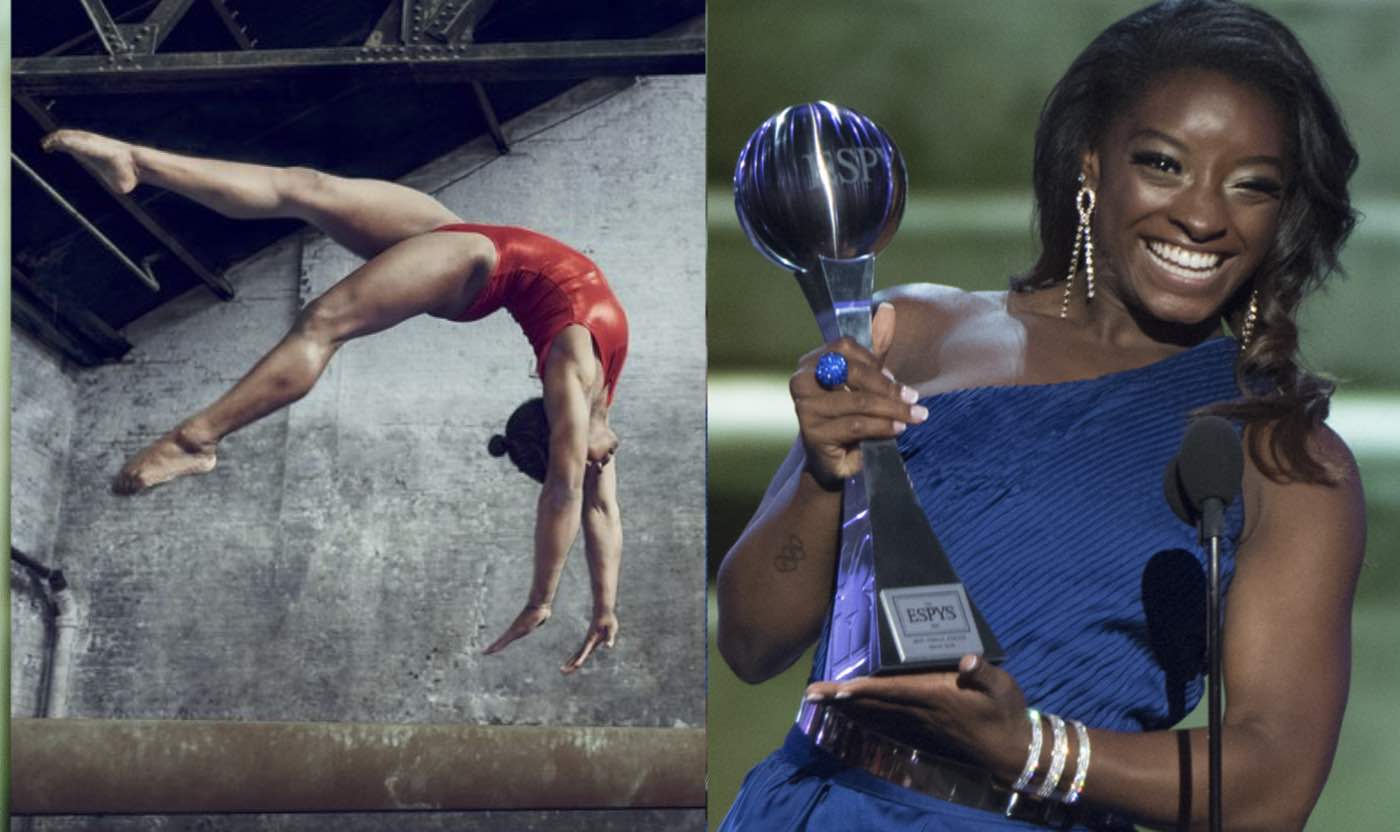 Simone Biles won five gold medals at the 2019 World Championships this weekend—more than any gymnast at a single Worlds since 1958—and earned her 25th career World medal (19 of them gold), a total that surpasses by two any gymnast’s in history.

With four Olympic gold medals and 19 World titles, Biles, at 22, is doing more difficult gymnastics now than she did in sweeping five Olympic medals at the 2016 Rio Games when she was 19.

While winning her sixth U.S. all-around title in Stuttgart, Germany, she thrilled audiences with two new signature moves never performed by a female gymnast in competition: a double twisting double tuck dismount off the balance beam, and a triple twisting double tuck during her floor exercise, an element that will bear her name in gymnastics, from now on, as the Biles II.

Tying and then breaking the record set by Vitaly Scherbo with her 23rd, 24th and 25th World medals, Biles added five of the six women’s World golds, a feat no woman has accomplished since Larisa Latynina in 1958.

In 2013, she performed a skill that was named Biles I, a double layout half out tumbling pass, which, to that point, had only been performed by men.

“I really don’t know how I do it sometimes,” Biles said. “Sometimes I wonder how I do it. I feel like it’s just like not me. I wish I could have an out-of-body experience to witness it.”

RELATED: 34-Year-Old Athlete Just Became the First Human in the World to Finish a Marathon in Under 2 Hours

Despite her seemingly super-human skill, Biles is very human, according to her coach, Laurent Landi. “With big champions, it’s all in-between the ears, it’s nothing physical. I know we talk about the physical abilities, but without this,” he said, tapping his head, “she would not be capable of doing what she does.”

Considered the greatest gymnast of all time, Simone has said that she will likely retire after 2020.

(WATCH the new Biles II and an interview after breaking the record) –Photos by Walt Disney Television (right) and vfutscher (left), CC license on Flickr