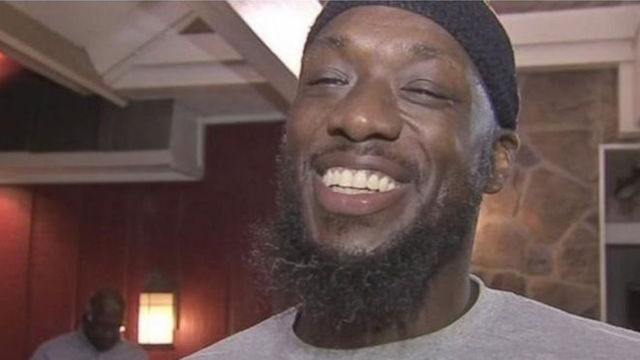 It’s been a big week for Shaurn Thomas.

That’s because the 42-year-old has spent the last two and a half decades in prison for a crime he didn’t commit – and he was finally freed on Tuesday.

Shaurn was convicted for the murder of a Puerto Rican businessman in 1990. Although he had an alibi, which was verified by his family, no one else believed him.

CHECK OUT: Man Who Shot Up Mosque Goes Back For Forgiveness, Finds Hugs Waiting

He then spent 24 years in a Frackville, Pennsylvania prison until the Pennsylvania Innocence Project proved that he was wrongfully convicted at a court hearing on Tuesday. The judge threw out the charges against Shaurn, allowing the Philadelphia native to walk out the door, free at last.

After he was released, Shaurn enjoyed his first meal at a Red Lobster restaurant with his fiancé and legal team. He also tried using a cell phone for the first time.

“I feel wonderful, a free man. I can’t feel no better. Hey man, just got to believe in God, and have the right legal team, and keep fighting,” Shaurn told WBTV in the video below. “I don’t got no animosity towards nobody. What for? Life’s too short for that. You can’t get it back. I just move on forward. It’s a tragedy that happened to me, but I’m pretty sure I’m not the only one.”