Home All News Kids Young Boy Sells All His Toys to Care for a Service Dog... 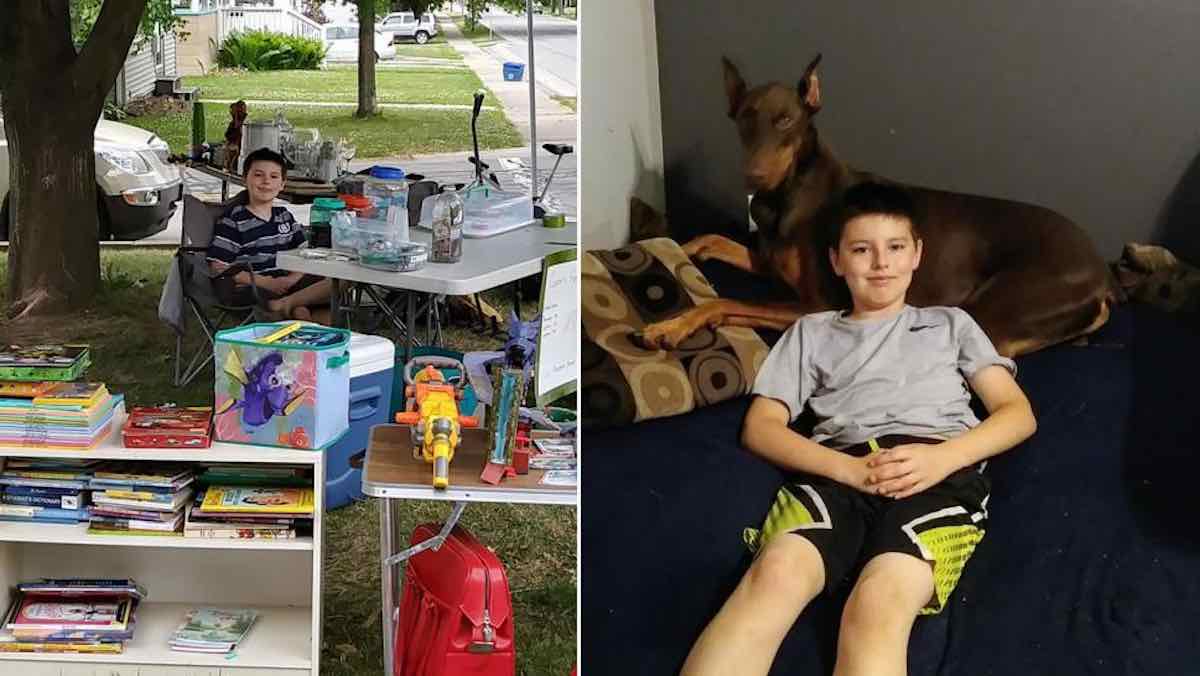 A 10-year-old boy is going above and beyond to save the dog who has spent the last four years looking after him.

Copper the Doberman is Connor Jayne’s service and emotional support dog. In December 2017, the pup developed a limp, which turned out to be Wobbler’s disease.

Diagnosing and treating Wobbler’s disease is expensive – but when Connor heard that his furry companion needed help, he cleaned out his entire toy room to host a garage sale and help pay for the treatment. The youngster even sold lemonade and treats to make a few extra bucks.

“He went and cleaned out his entire playroom because that’s what he wanted,” Connor’s mom Jennifer told Inside Edition. “He is that type of kid.”

“He said the dog was more important than any toys,” she added.

This is not the first time that Copper and Connor have been there for each other, either. Connor struggles with PTSD, anxiety, and chronic headache disorder. He has also been diagnosed with nocturnal seizures as a result of Copper’s watchful eye.

Two years ago, Jennifer was awoken by the sound of Copper barking outside of the boy’s bedroom, insisting that she open the door. When she finally went in to check on her son, she found that he was having a nocturnal seizure.

WATCH: Persistent Elephant Stops at Nothing to Summon Busy Caretaker to Get a Lullaby For her Baby

“Nothing had shown up on any of his studies or neurological reports as nocturnal seizures are the hardest to diagnose,” says Jayne. “It happened again a few weeks later and I was able to catch it on camera to show the neurologist and get my son on the proper medication.

“He is completely managed for seizures at this time thanks to our protector and faithful companion.”

Additionally, Copper helps Connor with his anxiety attacks by lying on top of the boy like a weighted blanket.

Since the family started a GoFundMe campaign to help pay for Copper’s treatment, the page has surged past its original goal and raised almost $18,000 – so it might be pretty safe to say that Copper has a good fighting chance for the future, thanks to his adoring family and fans.