Home All News Animals Watch Persistent Elephant Stop at Nothing to Summon Busy Caretaker to Get... 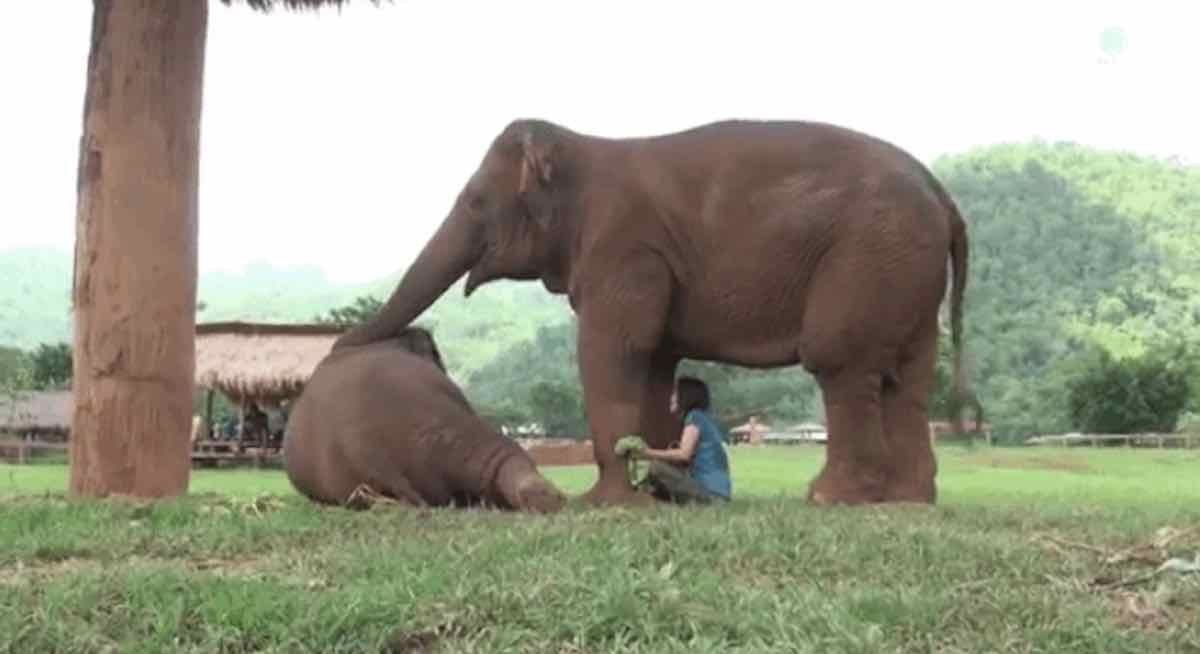 This heartwarming video from a wildlife sanctuary provides further evidence that music—and caring—are universal languages even to elephants.

Lek Chailert is one of the caretakers at the Elephant Nature Park in Chiang Mai, Thailand. In addition to looking after the animals during the day, she has a knack for singing them to sleep.

In a unique video uploaded by the park, one of the female pachyderms, Faa Mai, can be seen interrupting Chailert’s interaction with a group of visitors.

Amused by her large companion’s insistence, Chailert can’t help but giggle as Faa Mai nudges her along one of the park trails.

WATCH: Orphan Elephant Conquers His Fear of Water With Help From His Loving Human

“She pushed me along out into the field, directing me somewhere, and I wondered what it was that she really wanted,” says Chailert. “Finally, Faa Mai took me to see the little Thong Ae, whom she wants to adopt as her own. In the end, it seems as if Faa Mai wanted me to lullaby her little friend, as she is so fond of when I sing lullabies for her.”

Not to disappoint Faa Mai, Chailert curls up under the mammals and starts to sing “The Itsy-Bitsy Spider” until – true to her word – the baby elephant flops over for a nap.

You can see exactly why she is “so proud of (the older elephant’s) heart of care” in the video below, which first shows the lullaby, and then reveals the depth of persistence used to commandeer Chailert’s attention away from tourists.

This is a MUST Share, for All Pushy People…