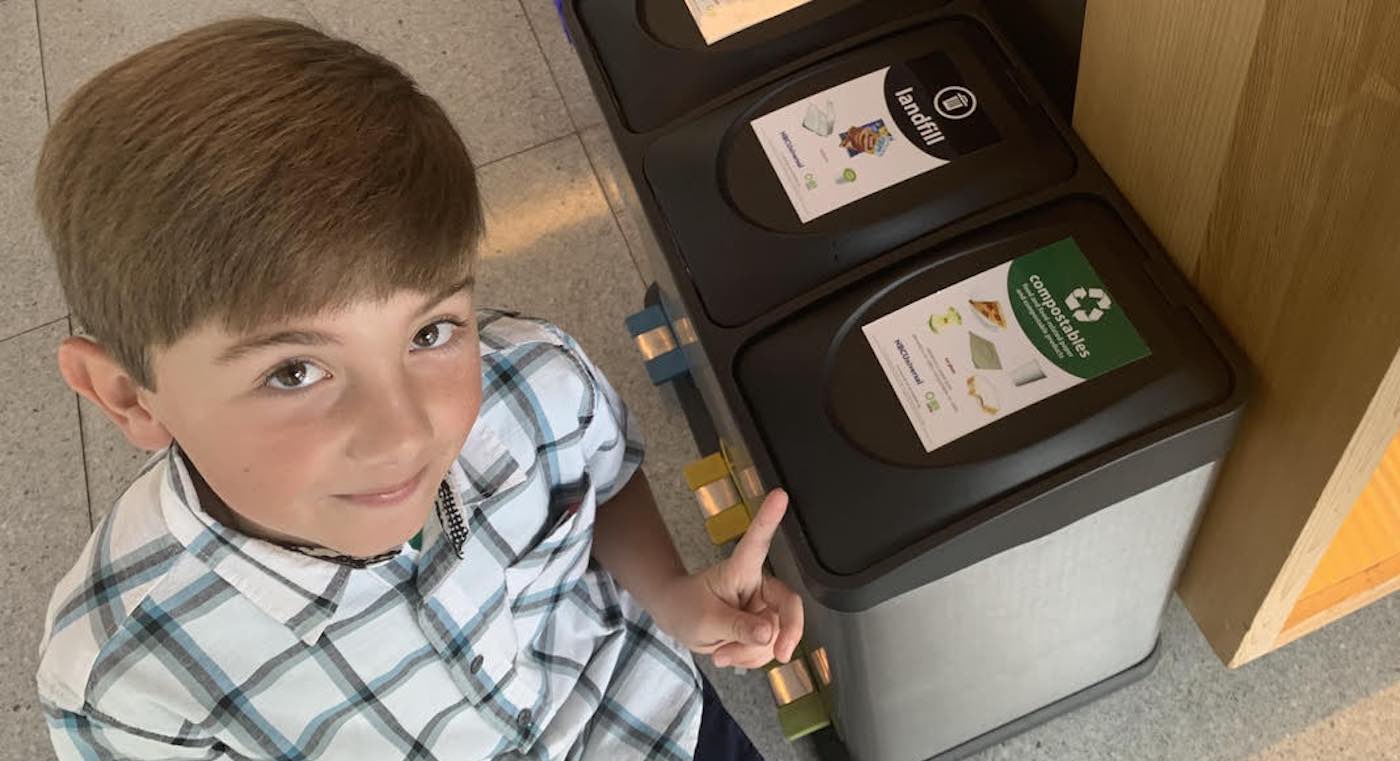 A young recycling phenom named Ryan Hickman visited Capitol Hill last month to give a significant push to a society-wide standardized labeling system designed to eliminate recycling confusion and contamination—and he was delighted by the bipartisan support for the bill, which would require the U.S. EPA to adopt the labels at a federal level by February.

The Greta Thunberg of recycling, Ryan established his own recycling company when he was just three-years-old—and since then, Ryan’s Recycling has properly diverted over a half million cans and bottles.

An international advocate who has appeared on Ellen and many news outlets, the boy from Los Angles became a spokesperson this year for the standardized label initiative, a solution that was introduced by Recycle Across America (RAA) to solve the most serious and costly issue for the industry.

The partnership comes at a time when U.S. recycling is facing crippling challenges that can be directly traced to public confusion at the bin, and the subsequent ‘garbage’ thrown in with recyclables.

That’s why Ryan went to DC, backing congressional efforts to rescue recycling from life-support and get it back on its feet.

RELATED: New Factory That Uses Enzymes to Recycle All Plastics At Once Has the Backing of Major Corporations

There are nine million of these standardized recycling labels already in use in national parks, airports, stadiums, schools, businesses, and on residential bins, thanks to Michelle (Mitch) Hedlund, the founder and CEO of RAA, who designed the labels herself ten years ago using the same common-sense approach that was used to create the road signs Americans rely on daily.

These labels have proven to increase recycling levels between 50-100%, while significantly reducing the contamination of trash. RAA, a nonprofit based in Minneapolis, is already funding a ‘Ryan Hickman Grant’ so that free labels can be donated to K-12 public schools across the country.

Rhode Island became the first state to adopt a society-wide standardized labeling solution in 2016. Today, with 85,000 labels displayed on bins around the state, the state’s recycling facility has already experienced an 18% reduction of rejected truckloads, and America’s smallest state continues to experience strong demand for its plastics, cans, and bottles.

The Appropriation bill that passed the U.S. House of Representatives in June, included language supported by both Democrats and Republicans that requires the EPA to submit a national recycling strategy and budget for using the labels to the appropriations committee by the end of February.

Republicans backers in the Senate, Senators Rob Portman, Lisa Murkowski, and Dan Sullivan, have already joined Democrats—Sen. Tom Udall and Congressman Rep. Alan Lowenthal—who are all on record as supporting the initiative. The EPA (Environmental Protection Agency) already held a Recycling Summit last November, and a followup meeting this week that RAA hopes included discussions about the labeling.

In February 2020, Rep. Betty McCollum, chair of the House Appropriations Committee, will take the EPA’s proposed strategy and budget to the Committee Members for their approval.

“The national recycling strategy is an absolute priority, said McCollum (DFL), who represents St. Paul, Minnesota. “It is environmental and economic madness to fill landfills and incinerators with recyclable materials because of confusion at the bin. Every household, business, school and institution should be using a standardized system to eliminate contamination and increase effective recycling.”

MORE: Revolutionary Blast Furnace Vaporizes Trash and Turns It into Clean Energy (Without Any Emissions)

A perfect example of the scheme’s success was seen two years ago when the NFL World Championship was held in Minneapolis and RAA labels were plastered on every bin—it became the first ZERO waste game in Super Bowl in history.

As for the ten-year-old activist, Ryan is saving all his earnings for college (maybe, rethink that) and to buy a recycling truck. He recently went to NBC to be interviewed and the most exciting moment was discovering the RAA labels already on the Los Angeles studio’s trash bins.

SHARE the Hope For Humanity On Social Media… Recycle This Story!